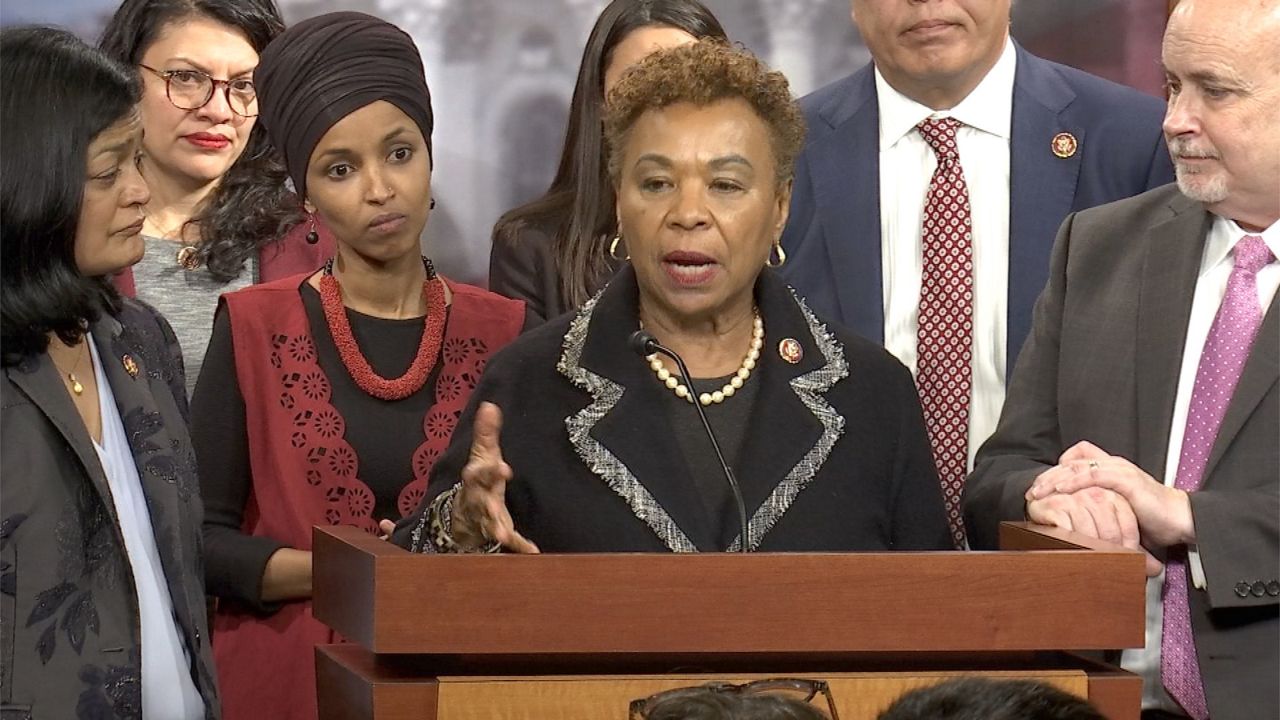 WASHINGTON — House Democrats, and even some Republicans, are demanding answers from the White House on what triggered the U.S. airstrike that killed a top Iranian general. Lawmakers attended a highly classified briefing Wednesday from the Trump administration for more details on the events that have unraveled since the new year started.

Several Democrats, including Rep. Barbara Lee and Rep. Jimmy Gomez, told Spectrum News that information in the highly classified briefing did not convince them there was any real imminent threat that forced the president to order the attack that killed Gen. Qasem Soleimani.

RELATED | Trump: "Iran Appears to be Standing Down" After Missile Attack

Even some Republicans, like Kentucky Senator Rand Paul, say the justification was inadequate and they want more information.

But the White House has said, not only was Soleimani a terrorist, but that the president didn’t need Congressional approval because he’s Commander in Chief and because of the Authorization Act or AUMF of 2002, which allows the president to defend the U.S. against continuing threats posed by Iraq.

But Oakland Democrat Barbara Lee says that AUMF needs to be repealed immediately to ensure the president gets authorization from Congress before any future military actions against Iran. She says war should absolutely be the last option.

“I’m the daughter of a veteran,” said Lee. “My father served 25 years in the army. Lieutenant Colonel, he fought in two wars. And he always reminded me that we should not send our brave men and women into harm's way unless we understand the costs and consequences of that and that’s why it’s so important for this administration to come to Congress if in fact, they intend to use force anywhere in the world, especially now in Iran.”

Lee is the Vice-Chair of the State, Foreign Operations, and Related Programs subcommittee, a group of lawmakers tasked with non-military solutions for preventing war. She said the U.S. leaders should show restraint and look for a diplomatic resolution for global peace and security.

The president seemed to step away from the brink of a possible war, imposing tougher sanctions on Iran and calling on NATO to take part in the Middle East politics.

Since his announcement, President Trump hasn’t released any more details for the sanctions, but some California Republicans, like House Minority Leader Kevin McCarthy said the president has worked “masterfully” during this situation.

Some more progressive Democrats, like Lee, said the sanctions imposed now in the region are already tough and will further hurt “every day Iranians” if more are put in place. Lee said she hopes the President will work on a new deal with Iran and that sanctions do not lead to diplomacy, and that she is all about focusing on diplomacy.

While tensions have eased, they’re not over. Iran is warning the U.S. of a “very dangerous response” if the U.S. makes “another mistake.”