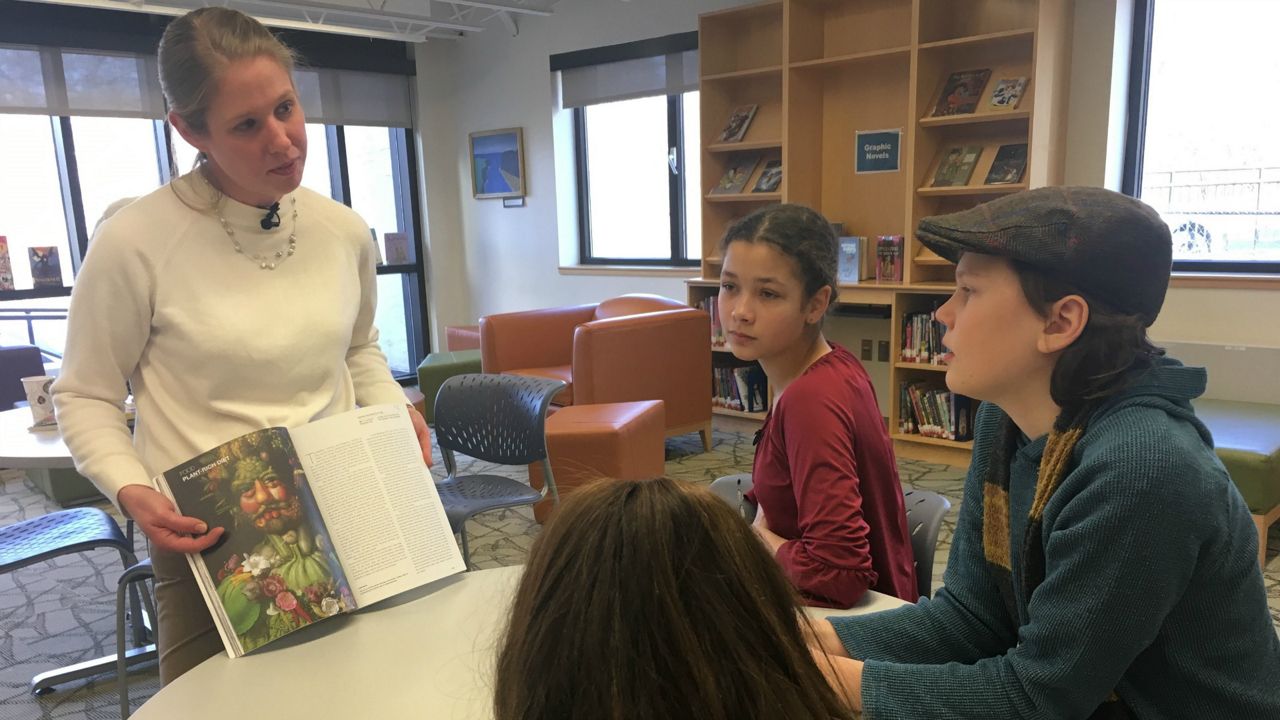 WASHINGTON — As California sees progressively more destructive wildfires every year, some high school students from across California are pushing to learn more about climate change.

California Congresswoman Barbara Lee said she’s listening and is advocating in Congress for climate education in all schools.

The Oakland Democrat said she wants a climate change curriculum in every school across the nation. But Republicans and President Trump have been vocal against the issue.

One teacher at Lowell School, Ms. Natalie Stapert, in Washington, DC, said despite the controversy, she’s motivated to make changes at her school.

“Climate change is the biggest issue for this generation of children,” said Stapert.

She’s passionate about the issue but hasn’t always been.

“To be honest, we as Americans didn’t have it in my generation,” said Stapert, referring to climate education. “I didn’t know anything about climate change.”

In 2016, Stapert went to a climate workshop that changed her views. She took a leap of faith, as the curriculum coordinator, and met with her school’s administrators at Lowell to design and add new climate units — with some apprehension.

“There were some concerns that parents might have worries about having their children learning about such a difficult issue,” said Stapert.

But Stapert said parents at the school accepted the new lessons and supported teachers, even though the curriculum was, and still is, uncommon.

“I feel very lucky to have this opportunity,” said one 12-year-old student, Annabella Calemine.

Annabella said she’s grateful to learn more and is already taking the steps to conserve and recycle more, and even joined the Climate Change Club at school.

“Many students need to start learning about it,” said Annabella. “It is our future and we’re growing up in it and we need to start fixing this.”

In Congress, Representative Lee introduced a resolution for all schools to include climate literacy, claiming polls show most parents and teachers want climate education. This sparked some pushback from Republicans, but Stapert said while climate change may not be accepted everywhere, she thinks schools will be surprised to see how much support they will receive.

“The reason why I teach, is so that I can give the students the opportunity to build a better future than our present,” said Stapert.

She said Lee’s resolution goes to show that their school is just ahead of the curve, hoping one day, every school will teach about climate change.

Congresswoman @RepBarbaraLee vows to fight for climate change even more in the new year. She says more about her resolution that encourages climate education in every school.

Story about her initiative to be posted soon -- pic.twitter.com/TOZZfCl0kE

The director, Kavan Yee, said he was able to embrace the new units proposed by Stapert. He said the lessons embodied the school’s philosophy of encouraging students to become active participants in the community.

He said implementing climate education was not costly, other than the books and supplies and says any school can reach out to them for help or guidance.

Lowell teachers have worked with many partners over time to develop the school's 6th grade curriculum, including Climate Generation: A Will Steger Legacy, Rethinking Schools, NOAA, and Mobile Climate Science Labs. They all have helpful resources, some of which are free, that other teachers and schools can use to develop units on climate change.

If you want to learn more about the workshop that Stapert attended, you can go to the Teach Climate Justice Campaign with free downloadable lessons and more.