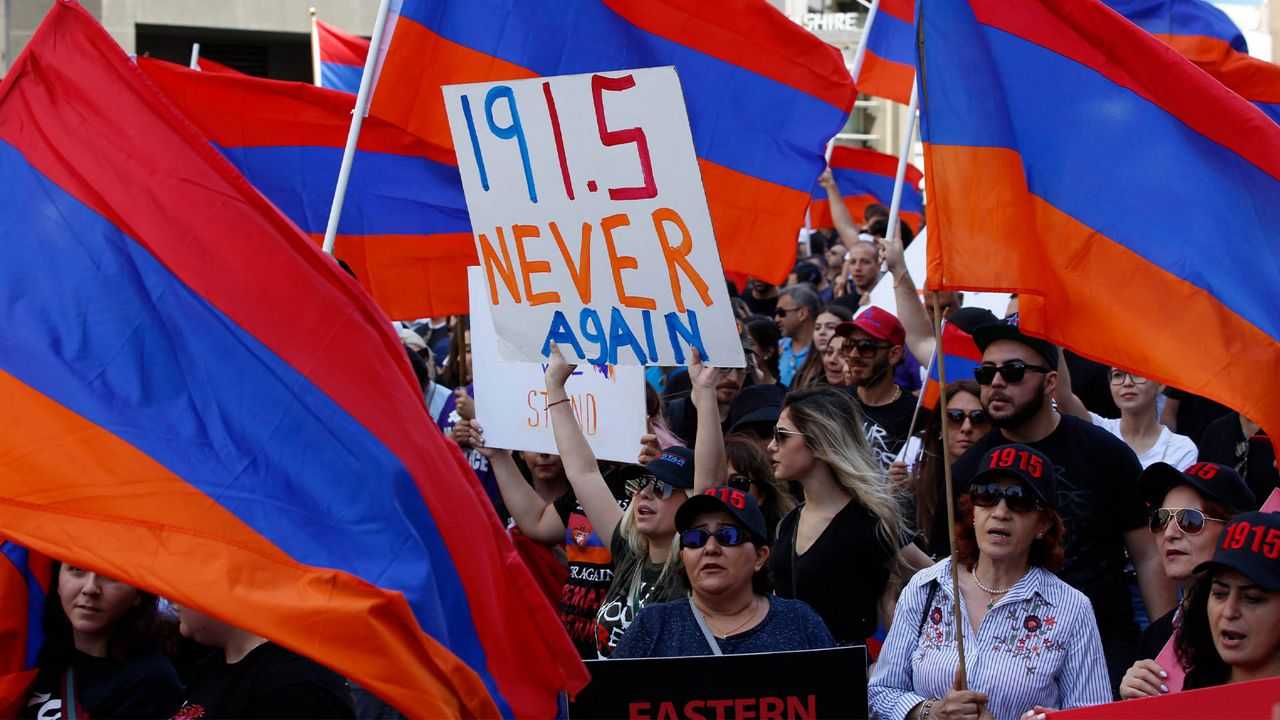 Huge crowds of Armenian Americans march during an annual commemoration of the deaths of 1.5 million Armenians under the Ottoman Empire in Los Angeles Wednesday, April 24, 2019. The march was intended to press demands that Turkey, the successor of the Ottoman Empire, recognize the deaths as genocide. Turkey contends the deaths starting in 1915 were due to civil war and unrest. (AP Photo/Damian Dovarganes)

On Thursday, the United States Senate approved a resolution that recognized the Armenian genocide by Ottoman Turks in the early 20th century.

The Senate joined the House, which passed an identical resolution back in October, in confirming the killing of an estimated 1.5 million Armenians in the Ottoman Empire from 1915 to 1923.

Today, Southern California is home to more than 200,000 Armenians, the largest such community outside of Armenia.

Tens of thousands of SoCal Armenians march every year to commemorate these killings.

Attorney Lara Yeretsian, who was honored by Congressman Adam Schiff for her work on behalf of L.A.'s Armenian community, spoke to Amrit Singh about the Senate vote on Your Evening.

"Turkey and the Turkish government has been denying it and has denied it for over a century and there's a lot of opposition and lobbying by the government," said Yeretsian. "This has been a battle for the Armenian American community, and also for our representatives."

Governor Gavin Newsom declared a day of remembrance for the Armenian genocide earlier this year. But the White House has been more resistant, with the Trump administration blocking similar resolutions on three previous occasions.

The Turkish government also opposed the resolution, which it had spent years and millions of dollars lobbying against.

"I'm glad that finally, our Senate stood up to a foreign government, saying 'Enough is enough. Enough meddling in our business and we are going to do what is morally and ethically right,'" said Yeretsian. "That is to recognize the first genocide of the 20th century."