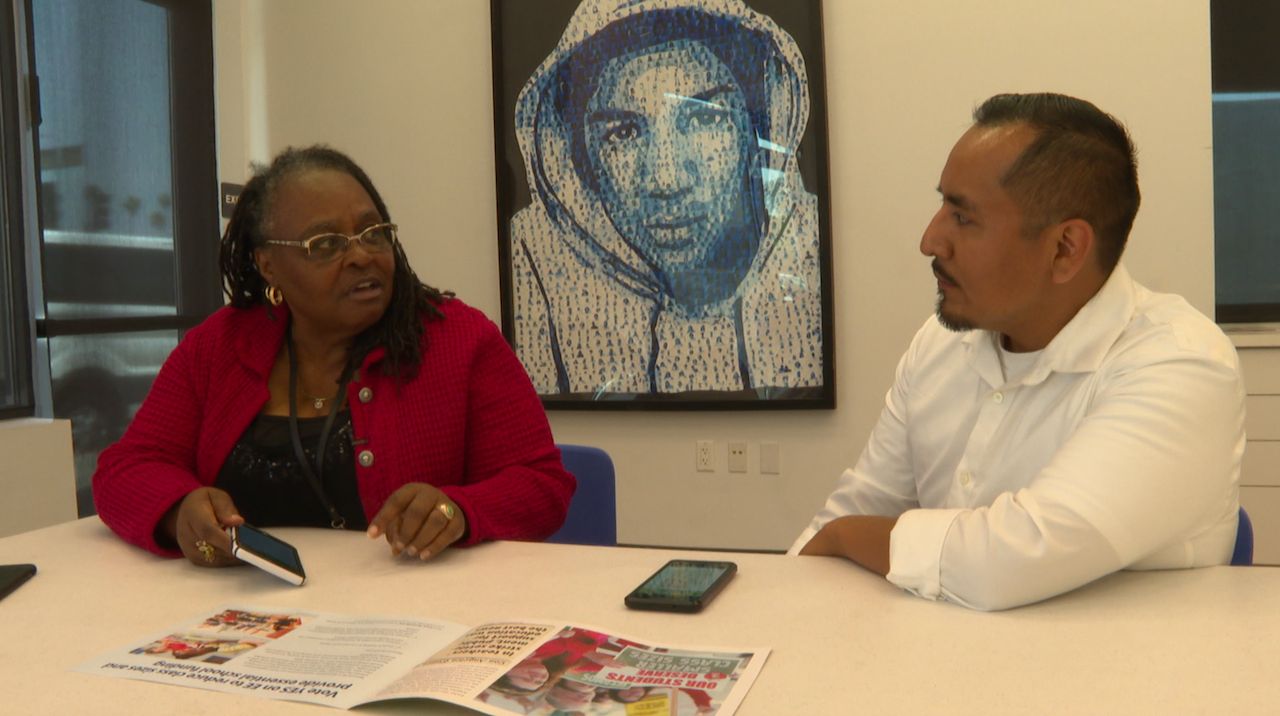 LOS ANGELES -- L.A. residents will head to the polls in just a few weeks to vote on a proposed property tax to fund LAUSD schools.

Measure EE is a parcel tax introduced by the Los Angeles Unified School District that would help to fund many of the agreements that emerged from the resolution of the teachers' strike back in January.

If passed, property owners would pay an additional 16 cents per square foot on buildings where they currently pay taxes. LAUSD says that will help raise $500 million annually.

Measure EE would expire in 12 years.

Los Angeles Mayor Eric Garcetti, along with UTLA, approves of the property tax. The L.A. Area Chamber of Commerce and other business groups oppose the measure.

Fenella Williams has been walking around South L.A. and knocking on doors as part of a Yes on EE campaign organized by the Community Coalition Action Fund. She attended LAUSD schools and so did her kids. Now, she wants her grandkids who are student to have more.

“I think it’s a travesty that our kids don’t have the extra things that they need, just the basic needs, where in this community, we’re lacking and you go to another community, and you see them with far more,” Williams said.

Miguel Dominguez, who works with youth at the coalition, says he hears from students all the time about the things they need at school.

“It’s not uncommon for students to say there is only one bathroom open per gender for a class that’s like 1,000 students,” Dominguez said.

Shelley thinks LAUSD will use the money to pay teacher pensions, and not to address student needs.

“I would argue it’s still not going to go to the classrooms. It’s still going to pensions and benefits,” she said.

The Howard Jarvis Taxpayers Association has filed a lawsuit against LAUSD over whether the district improperly altered ballot language without first holding a public hearing. They dispute the removal of the word “habitable” which they say may widen the type of properties that could be taxed. A hearing will be held after the vote.

Williams agrees it’s hard to ask taxpayers for more money, but says it’s worth it.

“Paying more taxes is a concern, but not when it comes to the children,” she said. “That’s where I would want my money to go.”

LAUSD is threatening layoffs and terminating programs along with other cuts along if the measure does not pass.

Measure EE must pass with a two-thirds vote. Voting takes place on June 4.