SOCAL IN 17The definitive weekly podcast for anyone living in and around LA. Listen here!
2020 ELECTIONSWhat Southern Californians need to know ahead of Super Tuesday on March 3.

LOS ANGELES -- Syrian refugees Maisa Kanjo and her husband Abdul prepared some of their family’s favorite recipes for about 60 guests at Spread Mediterranean Kitchen in downtown Los Angeles.

The meal is for the 10th event in a series of pop-up dinners, known as the New Arrivals Supper Club, presented by Miry’s List, an organization that helps refugees get resettled here in Southern California.

Maisa and Abdul escaped their city of Homs in 2012 after their house got hit by bombs, and food had run out during the height of the Syrian Civil War. They fled through the border to Jordan, where they remained for four years until the United Nations High Commissioner for Refugees granted them refugee status and placed them in Southern California

Maisa is still learning English but through her friend, she tells us how grateful she is for the support she’s received since moving here.

Kristy Anderson from Miry’s List has become close with Maissa. She part friend, part advocate and with the help of an app – part translator. Anderson says the dinner is a chance for the community to have personal interactions with the new arrivals and to learn about Middle Eastern cuisine.

The Kanjos made the first two courses, and local chefs Elia Aboumrad and Sammy Monsour made the rest with help from the staff at Spread Mediterranean Kitchen.

The dinner was a success with rave reviews from guests, but Anderson says refugees still face a number of challenges. Federal funding for refugee resettlement has been cut, and there are often misconceptions about refugees.

“There’s this stigma that immigrants and refugees are coming to create violence,” said Anderson. “That’s the absolute opposite of what’s going on. They fled their country and declared refugee status to get away from violence.”

And while Maissa continues to work on her English, she says for now she will speak the universal language of love through her food. 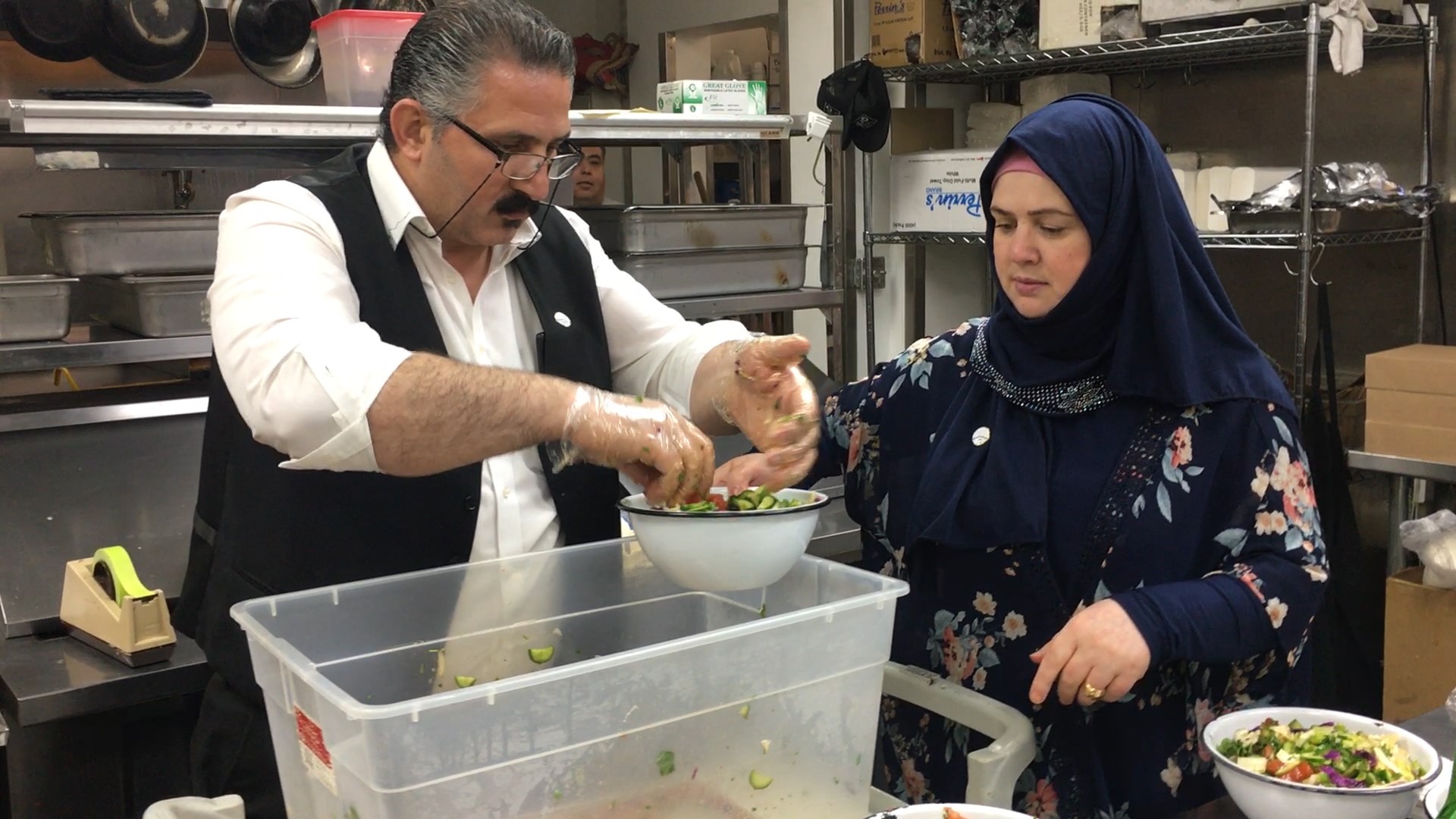