For the past 13 years, Joshua Wilson has patrolled the United States border with Mexico.

He used to be in the army, and after he got out, he wanted to continue serving his country.

“I believe we are an exceptional nation and having the ability to go out there and protect that on a daily basis is something that I find very fulfilling,” said Wilson.

Wilson is one of 54,000 border patrol agents and customs officers currently having to work without pay due to the government shutdown. At issue, $5 billion requested by President Donald Trump as the initial down payment to fund a border wall on the southwest border with Mexico.

For Wilson, having his paycheck delayed is a sacrifice he is willing to make; because he says, the idea of building a wall is a matter of safety, not just for the public at large, but for the agents on the border themselves.

Even though illegal immigration is down and agents are now apprehending the number of persons in a year that they would have apprehended in just one month back in the year 2000, Wilson maintains it’s still worth it.

“I don’t want see anyone go without a paycheck, and that’s why I’m calling upon congress to do their job and fully fund border security," he said.

He cites Imperial Beach -- just north of the border -- as a great example of a location where the wall worked. 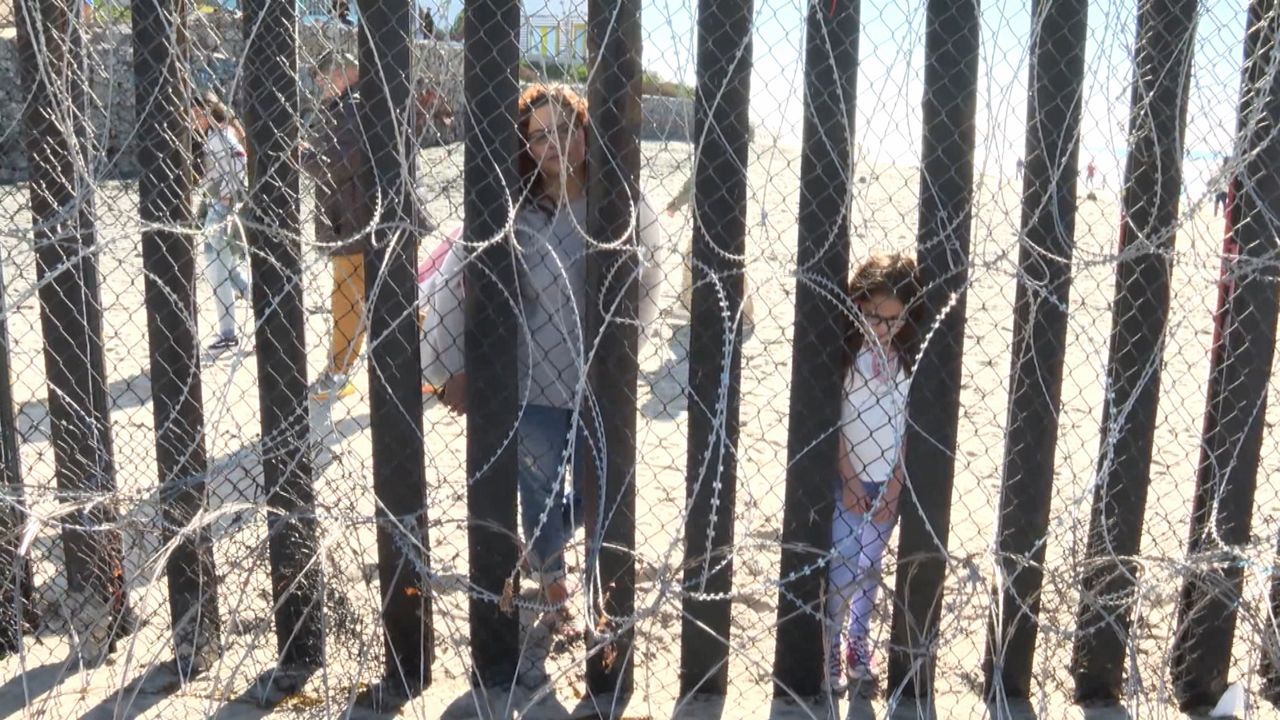 A mother and her children stand on the Mexican side of border fence.

Illegal migration was rampant in the area until the mid 1990s, when Operation Gatekeeper saw the construction of a border wall along the border with Tijuana. Once that barrier was erected, apprehensions plummeted more than 90 percent according to Customs and Border Patrol.

Walking around Imperial Beach, we spot a mother and her children with their faces pressed against the railings. She tells us fear, drove her family to deport themselves back to Mexico when President Trump took office.

“I know we have to have border security, but there are a lot of families that are being divided, and it’s hard,” she says.

It is hard. Emotionally for the migrants, financially for the border patrol, and psychologically for a country waiting for its government to reopen.