GET OUR APPOur Spectrum News app is the most convenient way to get the stories that matter to you. Download it here.
Transportation Sec. Pete Buttigieg speaks to Spectrum News.

The number of flight cancellations during Thanksgiving travel this week has so far been low, Transportation Secretary Pete Buttigieg told Spectrum News Wednesday.

Federal transportation officials have cracked down on airlines this fall after a high number of delays and cancellations this past summer, urging them to hire more staff, revise their schedules and clarify for fliers what kind of customer service they can expect if their flight is derailed.

Cancellations so far this week have remained lower than 1 percent, Buttigieg said, compared to 2.7% at the summer peak in June, or 5.4% last January.

“There's been a real improvement compared to this summer,” he said.

“That said, there's still a lot more work to do. We're still seeing short staffing. A lot of overtime crews that are overworked. And the system will struggle to handle any kind of major surprise, like a couple of weather events hitting two hubs on the same day,” he warned. “So we're watching closely. We're in constant dialogue with airlines.”

Travelers who spoke to Spectrum News at Reagan National Airport outside Washington, D.C., said their experience was mostly smooth.

"We had been driving as opposed to flying," said April Harris. "So the fact that we're flying this time and it's this simple, we're really excited about that."

Another traveler heading back home to Chicago with his young kids said they got delayed late Tuesday night and rescheduled for Wednesday morning.

"We were hoping it was gonna be boring and just kind of go off unhinged, but we're just fortunate that today I think we're gonna get home," said Kevin Heenan. "We've all been through, you know, so much. We're just lucky to be upright." 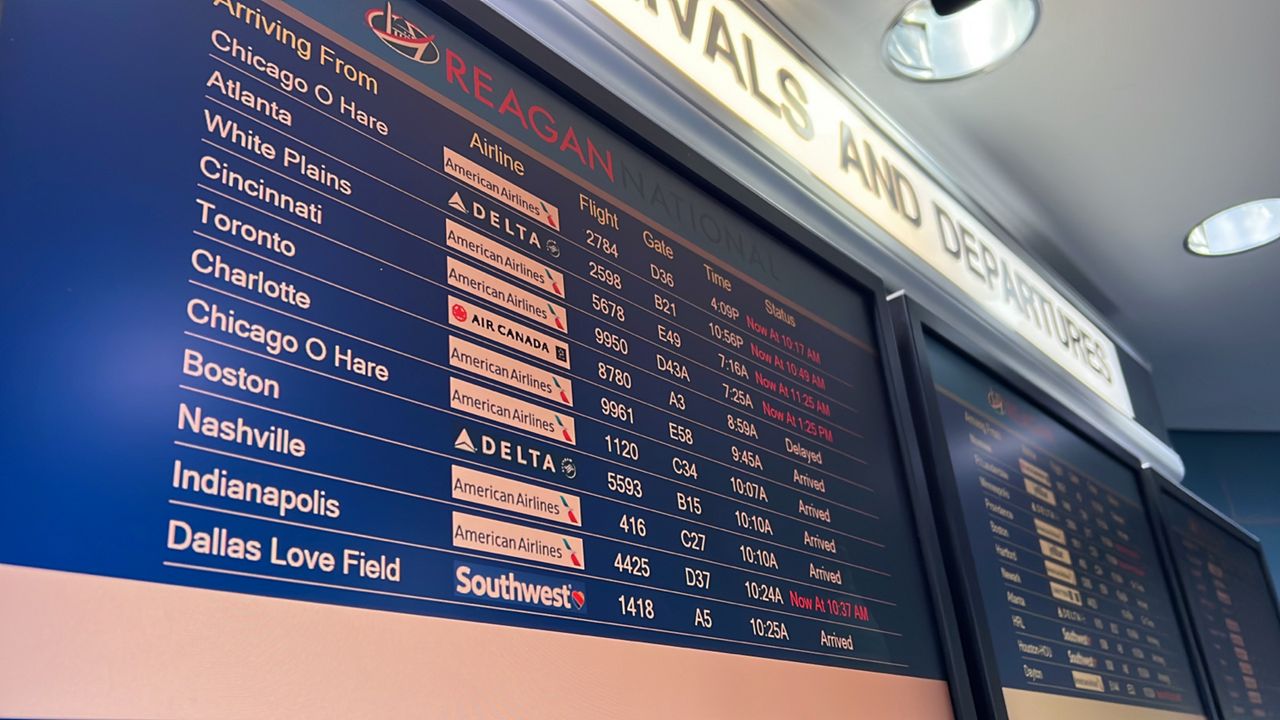 Buttigieg’s message to travelers Wednesday was that the DOT regulators “have your back” on issues, such as when an airline doesn’t provide a timely refund for a canceled flight, for example. But the secretary said companies should more often do the right thing.

“The basic message is that airlines should treat passengers well so that we don't have to get involved in the first place," he said. "And I hope they take that message to heart."

In September, the DOT launched a dashboard for customers to research what kind of customer service they’re guaranteed when a flight is disrupted. And earlier this month, the agency announced it had gotten $600 million in refunds for customers from airlines that delayed payments, fining six companies a total of $7.25 million.

AAA predicts that 54.6 million people will travel at least 50 miles from home in the U.S. this week, a 1.5% bump over Thanksgiving last year and only 2% less than in 2019. The auto club and insurance seller says nearly 49 million of those will travel by car, and 4.5 million will fly between Wednesday and Sunday.

Buttigieg urged drivers to “be safe,” too.

“It is more dangerous than you think to be distracted looking at a phone, maybe studying an app on your phone," he said. "Pull over if you need to check on where you are. Make sure that you're alert to your surroundings, well-rested. Take your time, be patient. There's a lot of folks trying to get to where they're going as well.