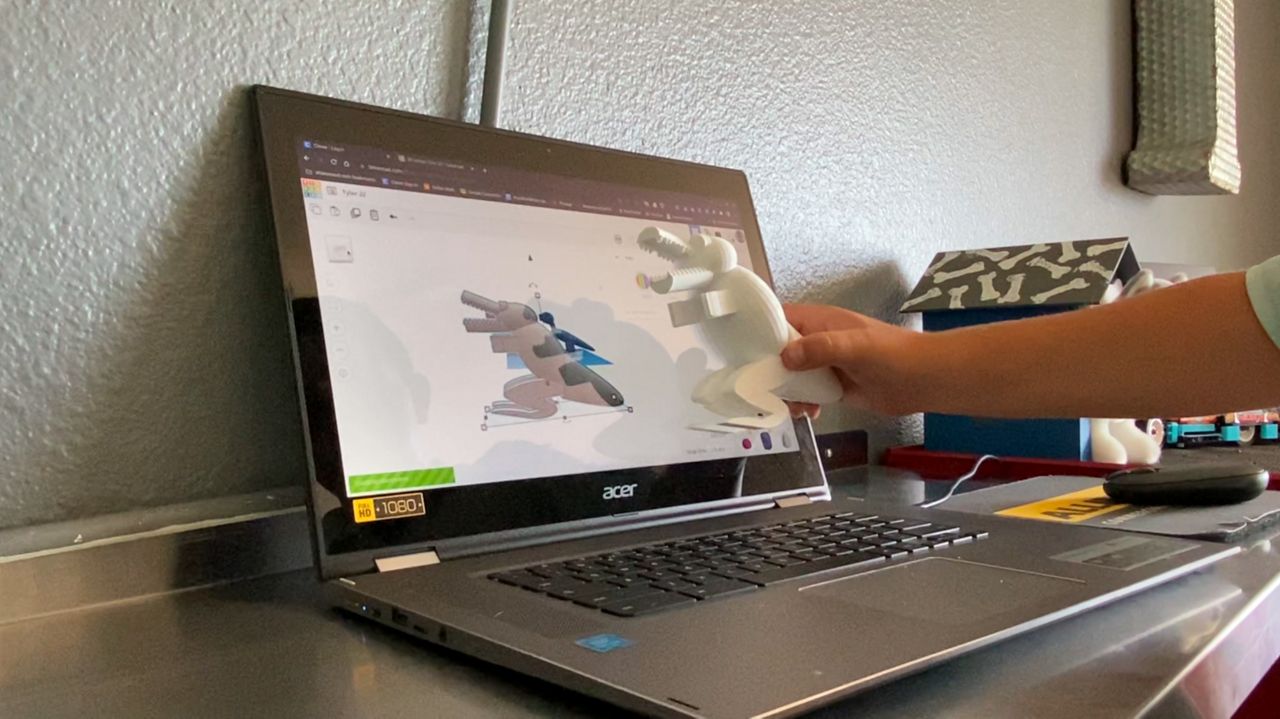 UPLAND, Calif. — When it comes to dinosaurs, fourth grader Tyler Guglielmo is a fan.

“This is a triceratops, it’s a baby. This one we just printed whole,” he said while holding a 3D printed dinosaur he designed on his laptop computer. It’s one of 26 dinosaurs Tyler has designed and printed through “Be A Maker Club,” an online maker space that helps creators turn ideas into physical objects.

Maker spaces are physical places where people can develop ideas and projects by using things like hand tools, a wood cutting machine or a 3D printer, and they are typically only accessible to adults. But through the online maker space, Tyler learned how to use computer-aided design, or CAD, software to design his own creation. Once he’s finished, the design is 3D-printed at a remote location and mailed to Tyler.

The entire process is overseen by Zef Neemuchwala, who launched “Be A Maker Club” in 2018 after his daughter wanted to learn how to make things with a 3D printer. He said she faced what he calls a “motivation cliff” and lost interest because the CAD software is difficult to learn.

“If you say things like 3D printed nozzle…if you start saying things like that, even in the first introductory classes, those were things that would put people off,” he said. “So, I focus very much on, ‘Hey, what’s your idea? What do you want to make?’”

Neemuchwala, who has a manufacturing and design background, came up with an online platform for creators that’s easy to use and partnered with a local enrichment program called Project Think to teach hundreds of children and build their skills for STEM careers. He wants to keep kids excited about their creations even if they don’t come out of the 3D printers quite like they envisioned.

“Because along the way, they learn all those skills and really hard technical skills. I mean, the CAD skills, for example, that we’re able to teach, I’ve had college interns from engineering colleges and they don’t have that skill.”