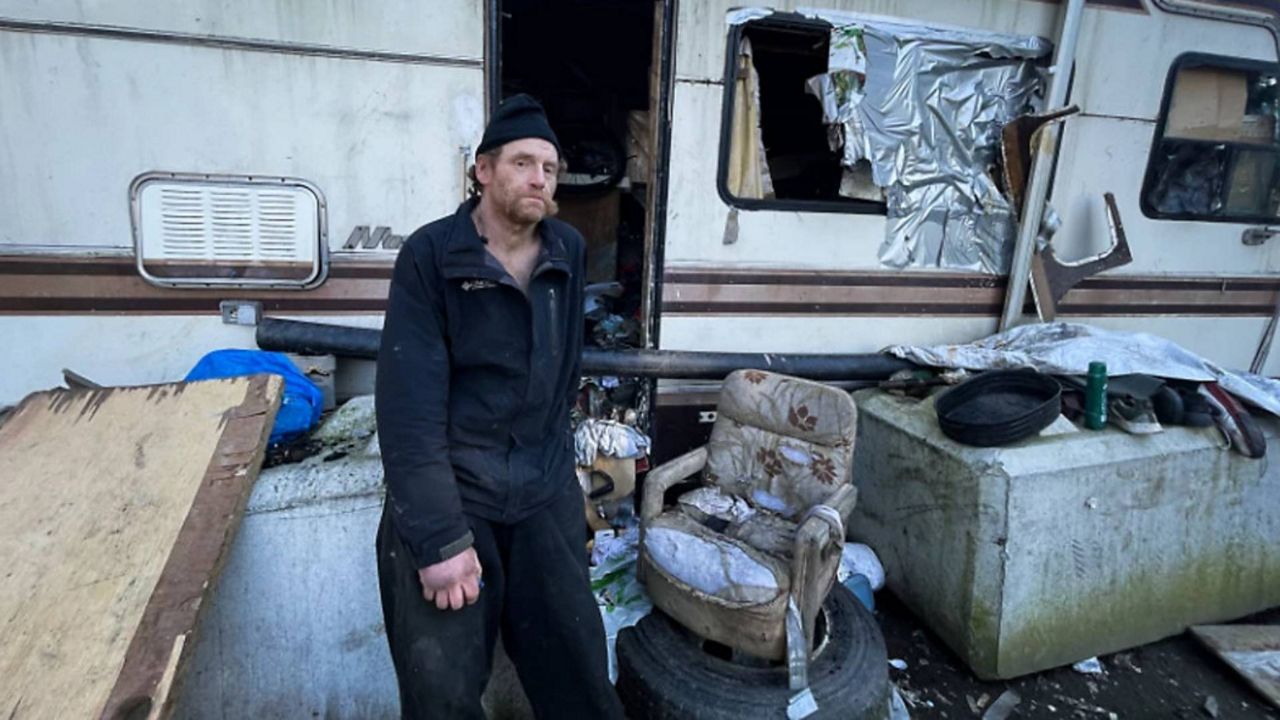 Paul Hunter has taken to sleeping on the roof of his RV, parked in Portland, Oregon. (LA Times Today)

Portland, Oregon, is a city that takes pride in its progressive politics.

Homelessness is an intractable issue for the City of Roses, just as it is in Los Angeles. The challenges of decriminalizing poverty while ultimately moving people off the streets have confounded residents and city leaders alike.

Hart explained Portland is not an outlier when it comes to its high homeless population.

“You’re seeing the homelessness crisis really exploding from a downtown or city center where you see a lot of panhandling,” she said. “It’s really exploded to suburbs, neighborhoods, filling up river pathways. And you see that happening in Sacramento. You see it happening all over Los Angeles, where public parks are being crowded by tents. It’s virtually impossible to drive up and down a freeway along the West Coast from Portland to California and not notice this crisis exploding in your face.”

Portland’s leaders have implemented programs to help their homeless community, but — as Hart explained — the efforts haven’t all worked.

“There’s a fierce debate happening in Portland. It’s really this tension between how much services you provide. How much public health services do you provide? Public restrooms, shower facilities in Portland, across the city. There are these giant disposable containers for syringes. There’re little cupboards, wooden cupboards nailed to street posts where you can pick up some free food or socks or a toothbrush. So, is that working? Some people would argue that it’s actually inviting more homeless people there. That’s something that city officials contend with.”

Residents of Portland have been vocal about their frustration with the growing homelessness problem. Like many people in LA, they have compassion for the homeless but worry about safety.

“I can’t overstate this about the amount of concern and anger and heartbreak I heard from Portlanders across the political spectrum, across the economic spectrum. People are fed up,” Hart said. “One woman told me it’s hard to have compassion for someone who’s causing the problem when the problem creates a threat to you or your family... People are telling me you can call 911, but no one’s going to show up. They contend with the mayor. They believe that he is contributing to the problem by allowing more services into Portland without adequate housing, really to place people in.”