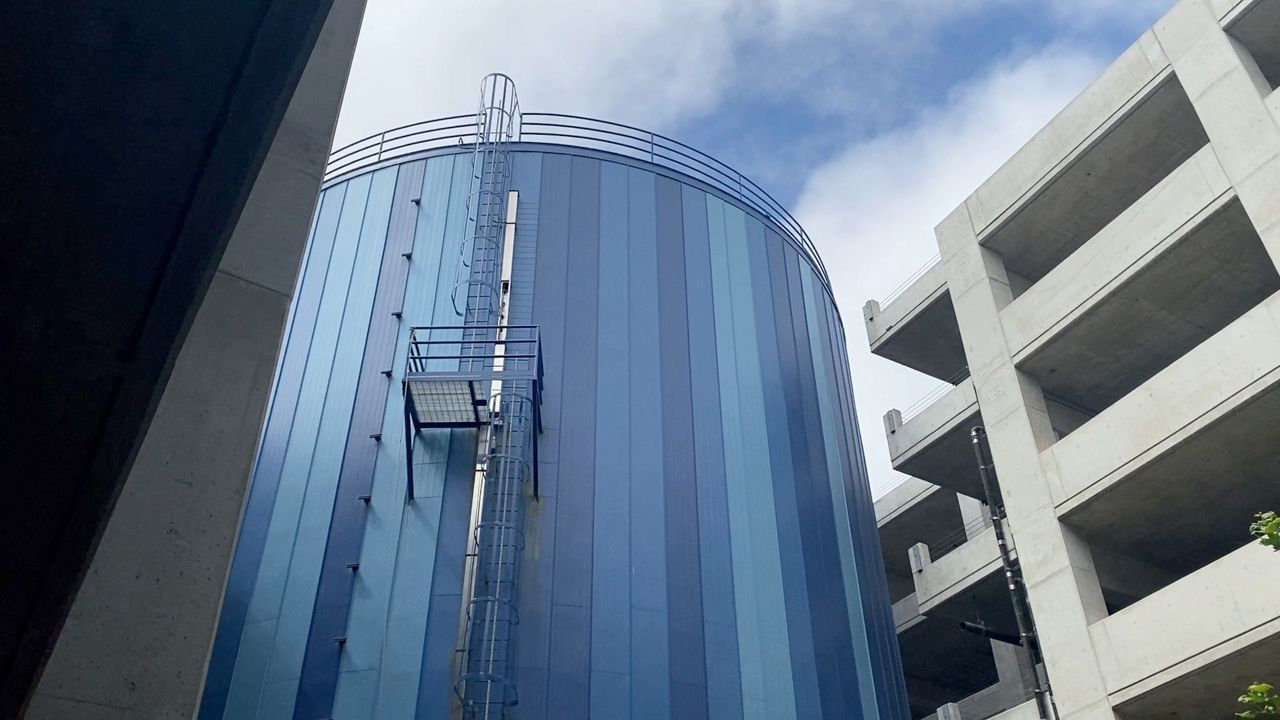 SAN DIEGO — A health care system in Southern California is setting an example by how it's fighting to become more sustainable to combat climate change.

In an effort to reduce greenhouse gases and address the climate crisis, UC San Diego Health has become the first provider in San Diego to join the United Nations’ Health Care Climate Challenge, Race to Zero.

Barbara Hamilton, sustainability officer for UC San Diego Health, says there are multiple programs in place to help them achieve their climate and sustainability goals. They're committed to reducing greenhouse gas emissions to year 1990 levels by 2020, as well as achieving carbon neutrality for certain energy sources by 2025.

Hamilton says they use seven-story thermal storage tanks to act as a battery for the entire campus’ air conditioning system, allowing them to use recycled and stored energy to cool the campus during peak energy times.

“You wouldn’t expect to find something to help us save energy in the middle of the parking garage,” Hamilton said. “It allows us to really reduce the amount of energy that we use, which of course helps us to contribute to human health by reducing air pollution.”

Dr. Wael Al-Delaimy is an epidemiologist who trains future physicians on the health implications of climate change. He wrote a highly downloaded e-book that describes the challenges of climate disruption, but also presents solutions.

“Climate change is going to impact health and health care systems have to act now,” he said.


Al-Delaimy says health care systems generally leave one of the biggest carbon footprints, but he is partnering with UC San Diego to help them figure out creative solutions so they can operate in a better way. It’s not a quick fix but he’s hopeful more organizations will start working with climate scientists to find green solutions.

“We want to start something that hopefully other campuses within the University of California will follow. And then eventually, this can become a model for others around the country and globally,” Al-Delaimy said.

Hamilton says UC San Diego is the only health care organization in the region with a program solely focused on sustainability. She says even their kitchens have reduced their greenhouse gasses from food by over 25%, cutting back food waste by starting composting programs, donating leftovers and shifting to more environmentally friendly food options.

“The food has to be delicious, and it has to be beautiful. Moving towards a plant-based or plant-forward strategy for our food has been really welcomed by our patients and our staff,” Hamilton said.

In addition to the U.N. Race to Zero Challenge, UC San Diego Health has also joined the White House Action Pledge to reduce greenhouse gas emissions by 50% by 2030.