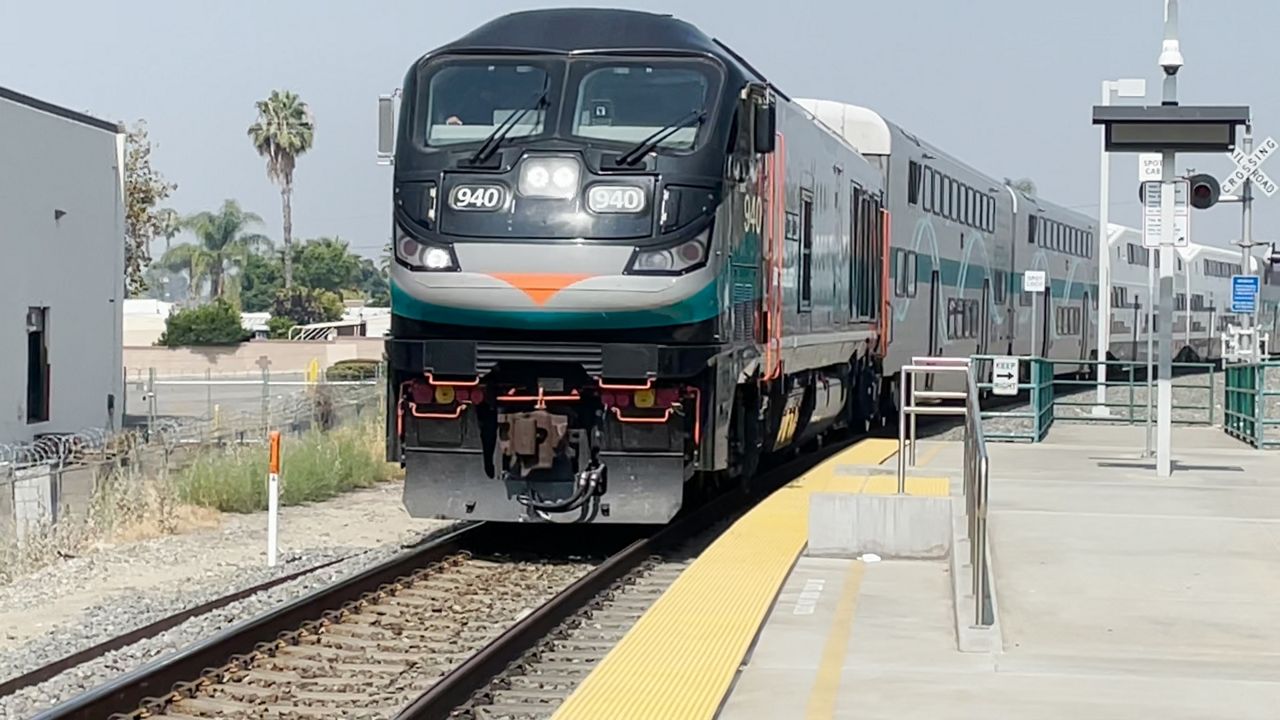 It’s the third-largest commuter rail system in the country. Millions of riders rely on Metrolink each year to travel across Southern California.

In 2015, it became the first railroad in the nation to implement Positive Train Control, a GPS-based system to prevent train collisions or over speeding.

“If the train speed is not slowed down fast enough or not in the proper manner, then PTC will automatically apply the brakes and stop the train,” said Luis Carrasquero, Metrolink’s interim deputy chief operating officer.

Now, Metrolink is bringing an earthquake component onboard to the existing technology, thanks to a grant from the USGS. Carrasquero has been helping to lead those efforts with his co-workers in the PTC Lab in Pomona, a playground of sorts to run various simulations.

“We’re constantly monitoring the position of every train so that way we know, if an earthquake happens, where each one is and be able to ensure that they get warned and stop safely,” Carrasquero said.

The new system uses USGS ShakeAlert data gathered from sensors throughout the state. In the event of a mild earthquake, 4.5 or below, an informational alert would be sent directly to the train engineers in the area. They no longer have to wait for dispatch to contact them, saving precious seconds.

“If there is a moderate earthquake, then there is a speed restriction attached to it and PTC monitors the compliance of the train slowing down to such speed and if they don’t, then PTC applies the brake,” Carrasquero said.

And during a severe quake, above 5.5, it would automatically stop the train. Since Metrolink trains can operate up to 90 miles per hour, Carrasquero says the early warning system not only helps prevent derailments but also takes into account the trains’ surroundings.

“When there’s an earthquake, you have not only the tracks, but you also have structures, bridges, overpasses, underpasses,” he said.

“The system already knows the train can’t stop here because it’s not safe, so we’re going to wait until the train crosses the tunnel or the bridge and then it’s going to come to a stop,” said Jairo Rodriguez, Metrolink’s interim senior manager for Positive Train Control.

The new technology is being tested on the 91/Perris Valley Line near Riverside because of the minimal freight train traffic, but Carrasquero says the plan is to expand it to the entire Metrolink system in the next two to three months.

While none of us can track when the next earthquake will rattle our region, Carrasquero and his team hope these innovations will go a long way toward helping to make everyone safer.