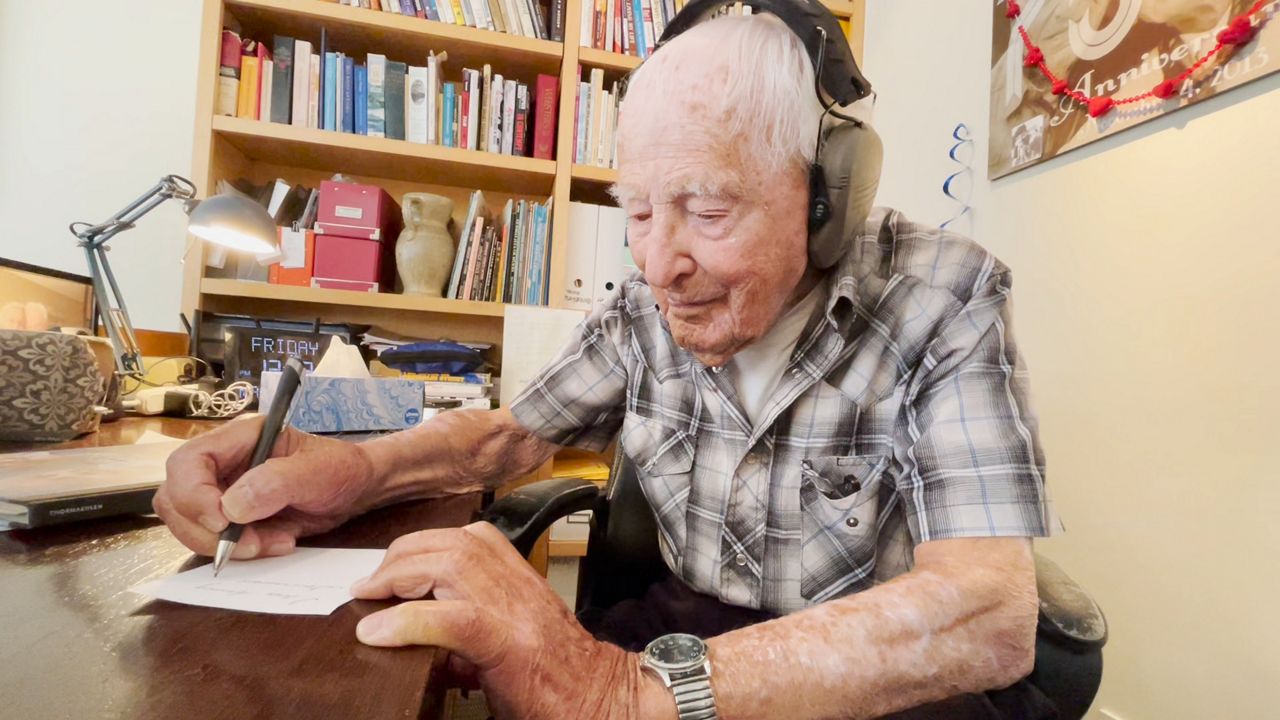 LOS ANGELES — Born on Jan. 11, 1914, Morrie Markoff is one of the oldest people most will likely meet.

“I never, in my wildest imagination, ever thought I would reach the age that I am now of 108,” he said with a smile.

So, what’s his secret to longevity?

“What can I say? I’ve just been a lucky guy,” Markoff said.

He grew up in a New York City tenement on 101st Street in East Harlem. It got so hot at times; he said he would sleep in the fire escape. At 17, he moved to Los Angeles and met his wife Betty, who herself was 103 when she passed away in 2019.

They were featured in a book about centenarians called “Aging Gracefully.”

“We were married 79 years, and I said, ‘Betty, we’re a successful marriage. We didn’t kill each other,’” Markoff said.

He is a trained machinist who made ammunition during World War II and later ran a successful air conditioning and appliances business. He survived the Spanish Flu, two world wars, cancer and the current pandemic — not to mention a heart attack at 99, where he says he was legally dead.

“[They were] hitting my chest, giving me CPR, did everything, and they were ready to give up when all of a sudden … bang. There was a blip on the screen.”

He admits he’s not the healthiest guy, but his doctors aren’t complaining.

In fact, that advice became the title of his autobiography that he published at 103. Nowadays, he spends most of his time writing about everything from politics to personal observations.

“I realize I am an oddity. Not many people my age are alive,” Markoff said.

His two children have turned it into a blog of sorts that they post on his website. He is also an acc-omplished sculptor and uses his skills as a welder.

“Why I’m here, I don’t know, but as long as I’m here, I’ll try to get as much enjoyment out of life as I can,” Markoff said.

And he’ll share as much as he can with anyone willing to listen.