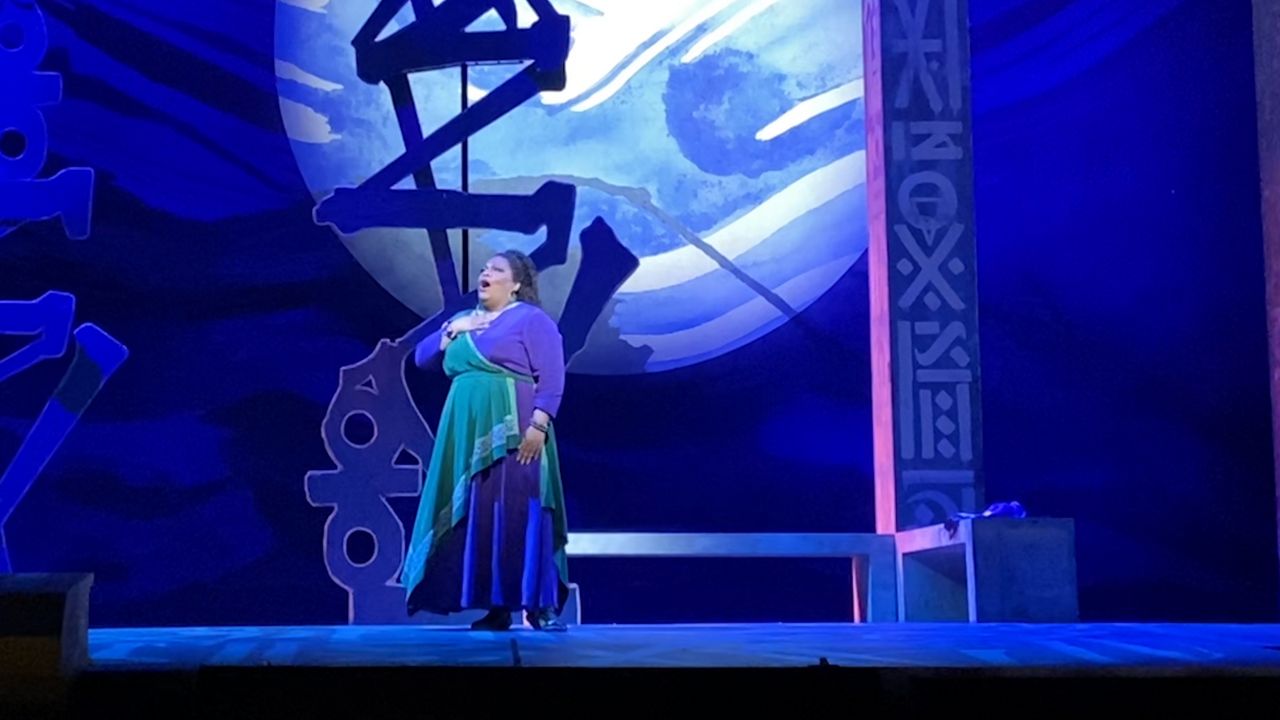 LOS ANGELES — It has been 16 years since "Aida" took the stage at the Dorothy Chandler Pavilion, but now she’s back in a lavish production that features set design by Los Angeles-based street artist RETNA.

Soprano Latonia Moore makes her LA Opera debut, and although she has sung the title role on six different continents, she has never performed it opposite a Black tenor.

The Verdi opera was written more than a century ago, but director Francesca Zambello said we're still grappling with many of the same themes.

"History has not taught us enough lessons that we have changed our behavior," she said.