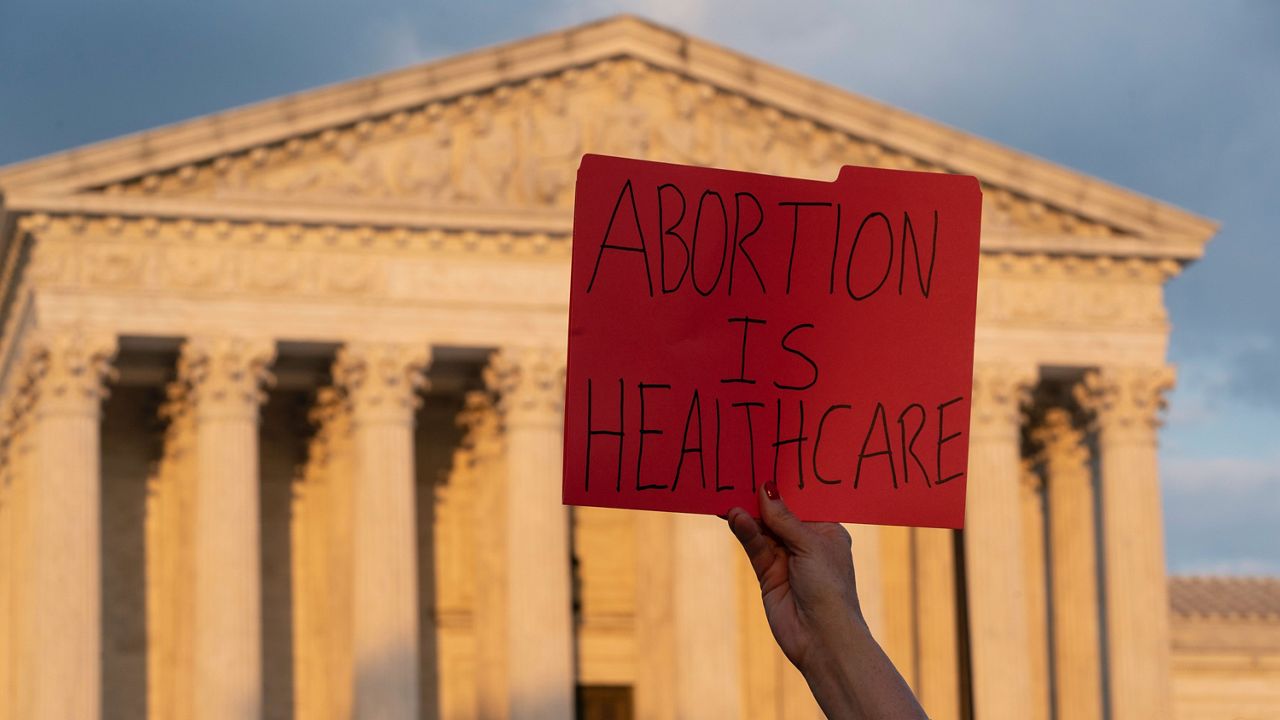 A draft Supreme Court decision that could overturn the national right to abortion continues to spark protests across the country.

There has also been another less-visible response: a surge of money and interest in local political campaigns — the kind of races that will arguably only become more important should the nation’s highest court turn the issue of abortion back to the states. 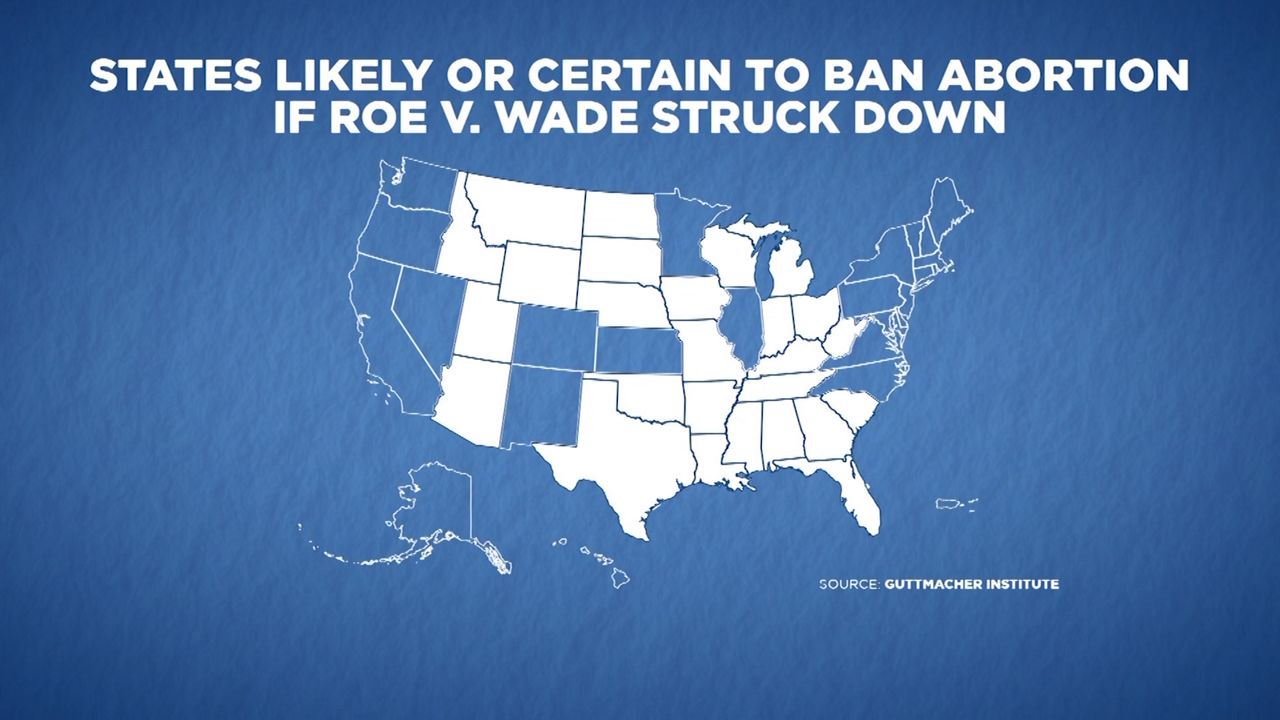 It’s true that the United States will likely turn into a patchwork of abortion laws should the Supreme Court opt to overturn Roe.

According to the Guttmacher Institute, which supports abortion rights, 13 GOP-led states already have so-called “trigger laws” on the books, designed to be enacted if the Supreme Court strikes down the federal precedent that granted the right to seek an abortion. Even more states would likely create legislation to ban or severely restrict abortions if the final Supreme Court decision holds true to the draft.

In other parts of the country, lawmakers have taken the opposite approach. Sixteen states plus the District of Columbia protect abortion access under state or local law, and a handful of states either expanded or strengthened those protections this year.

But attention is heightened in places like Wisconsin – one of 26 states where the procedure would or likely would be banned if the Supreme Court overturns Roe v. Wade, according to the Guttmacher Institute.

Abortion in Wisconsin could soon be a crime under a statute dating to 1849. It’s legal now because the 1973 Roe v. Wade Supreme Court decision legalized the procedure at the federal level.

Keeping it legal in Wisconsin would likely require flipping the GOP-controlled State Legislature – a tall order that some say the leaked ruling possibly made easier.

“My job as Democratic Assembly leader is recruiting candidates right now to run for office,” said Greta Neubauer, who is Wisconsin’s Assembly Democratic leader. “Since the draft decision on Roe v. Wade leaked, I have confirmed about 10 women who are going to run for office.”

Ten may not sound like much, but there are similar local stories across the country of budding activism, and especially fundraising. After POLITICO reported that a majority of Supreme Court justices had approved the draft decision overturning Roe, a group that funds state legislative campaigns for Democrats emailed a pitch for donations.

Money surged – with the Democratic Legislative Campaign Committee reporting more than $650,000 in 48 hours. 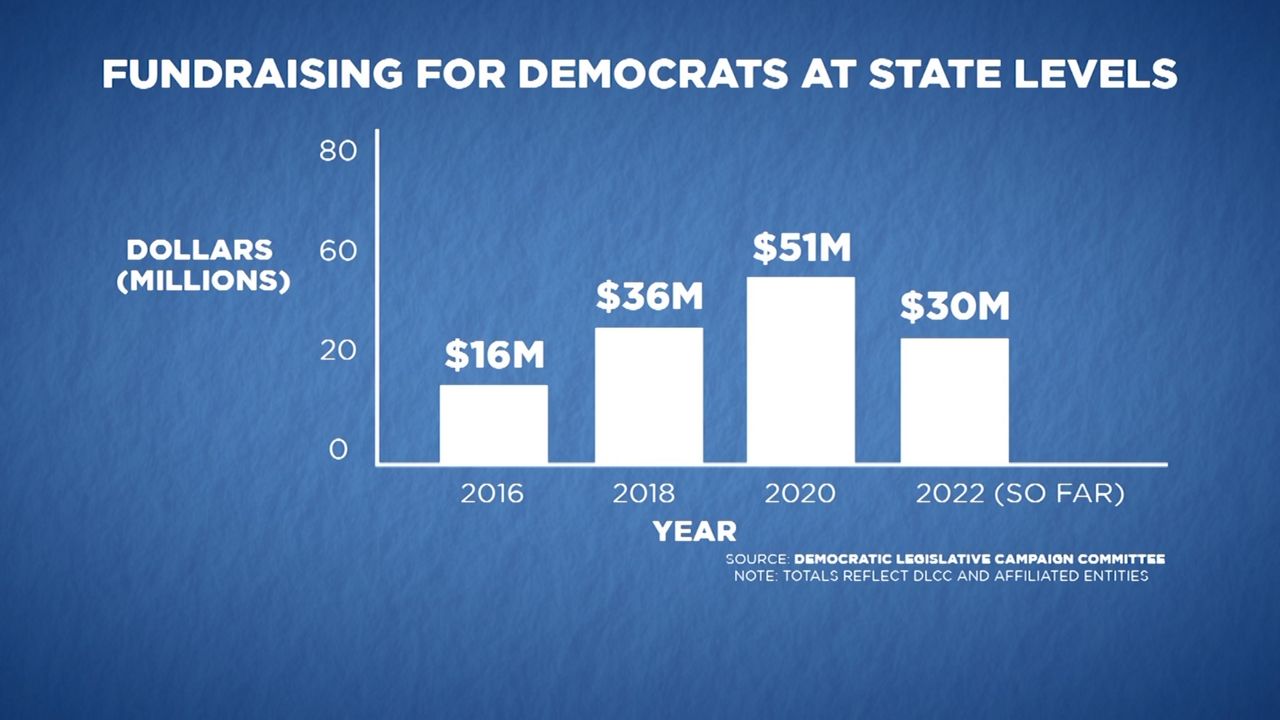 Now, it’s on track to outpace totals from two years ago, during a presidential election cycle.

“Our focus is exclusively on state legislatures,” Jessica Post, DLCC president, told Spectrum News. “That's truly where the right to abortion will be decided.”

On Wednesday, Democrats in the evenly divided U.S. Senate failed to advance a bill that would make abortion legal under federal law, with moderate Democrat Sen. Joe Manchin of West Virginia joining every Republican in voting against the measure. The bill failed by a 51-49 vote, with 60 votes needed to advance the bill forward.

That has some activists on both sides turning to smaller, less publicized victories – a surge in website traffic or a Democrat winning  a Michigan House seat always held by Republicans. The Michigan win came the day after the leak.

Historically, as a whole, the GOP outpaces Democrats in fundraising for local races. The Republican State Leadership Committee also says it set a record in the first three months of this year – before word of the abortion ruling.

It’s a sign, it says, of dissatisfaction with Democrats in charge.

“The No. 1 concern for voters is going to be the economy,” said Andrew Romeo, its director of communications.

Still, anti-abortion groups also say they’re getting a surge of new interest. But with polls suggesting most Americans want at least some abortion to remain legal, the leaked ruling may give Democrats at least a short-term boost.

“I think that the conventional wisdom right now is is correct that this is likely to be more energizing for the pro-choice movement than it is for the pro-life movement,” said Ziad Munson, author of the book “Abortion Politics.”

“Because it's always more mobilizing to be losing something in the political world than it is at the potential for gaining something,” Munson added.