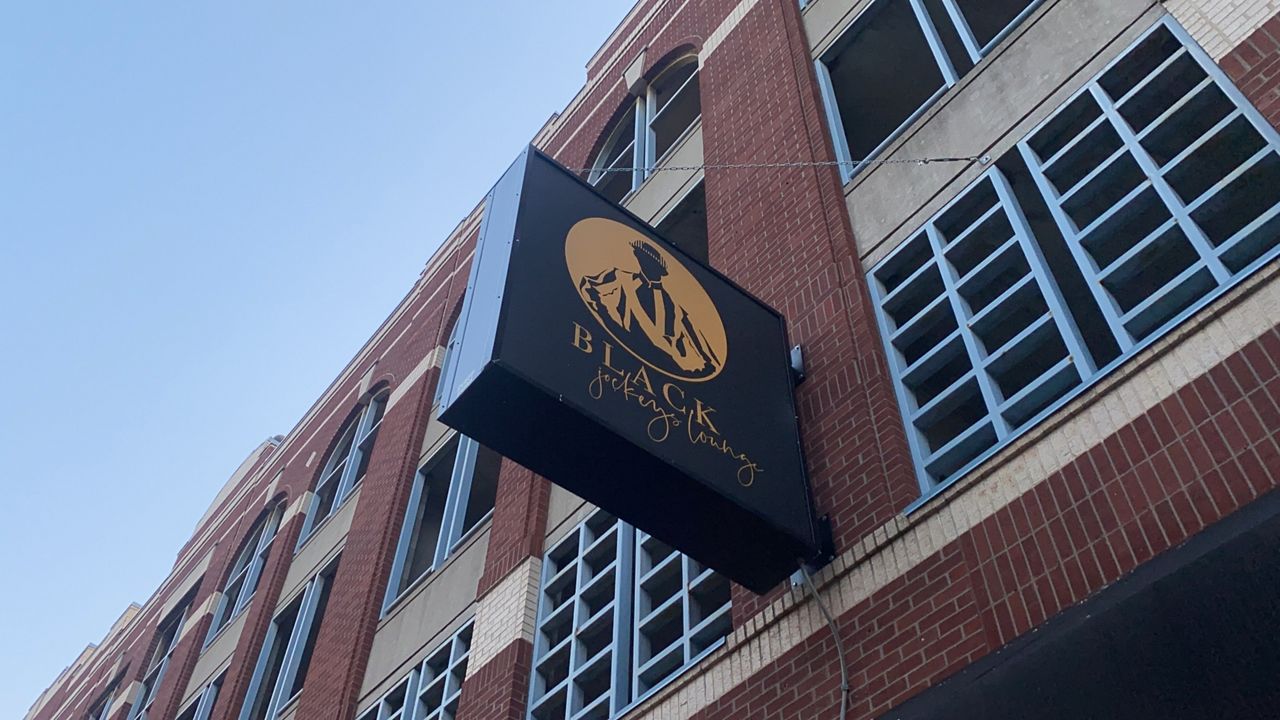 LOUISVILLE, Ky. — The Kentucky Derby is a longstanding tradition that has invited the best jockeys to race horses for over a century.

In fact, 15 of the first 28 Derby winners were ridden by Black jockeys, but there have only been a few to run in the race since. One Louisville restaurant is keeping the history of the Black jockey alive.


The Black Jockeys Lounge is all about preserving the history of the Black jockeys in the Kentucky Derby. The restaurant is owned by Tawana Bain and opened in February 2021.

Some would say it’s part restaurant, part museum because it’s lined with dozens of portraits and artifacts about Black jockeys in the Kentucky Derby. 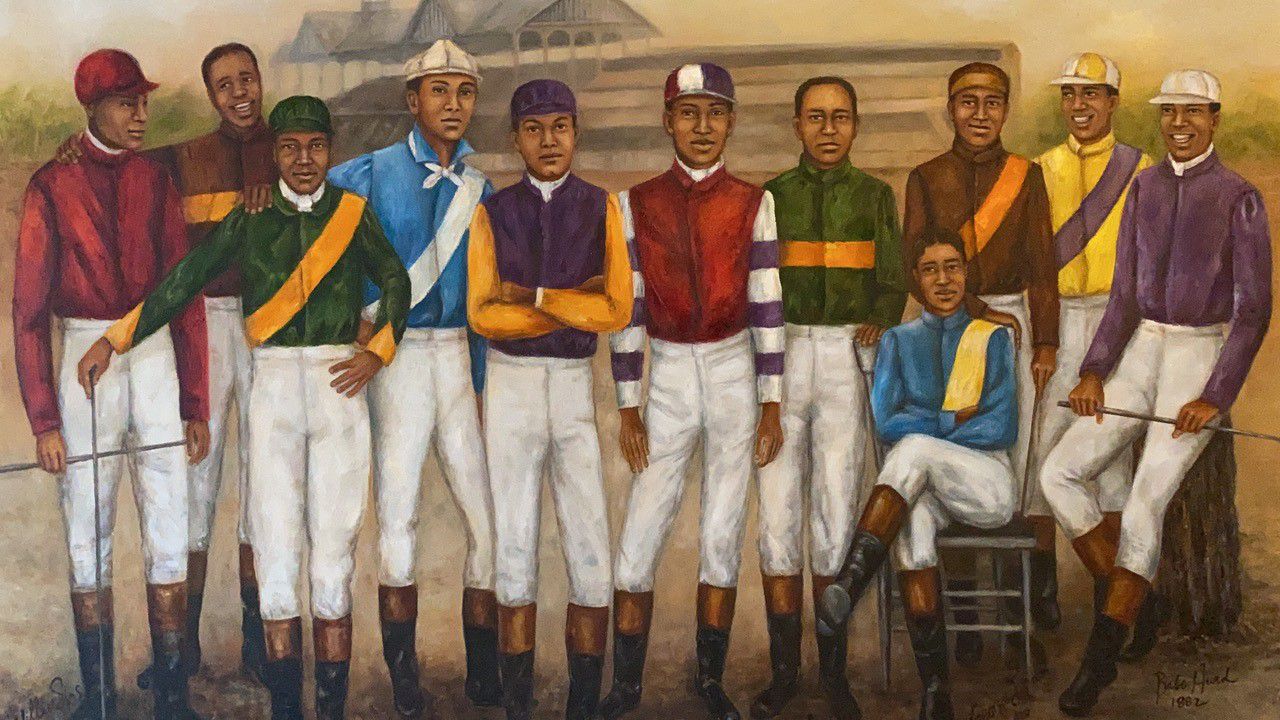 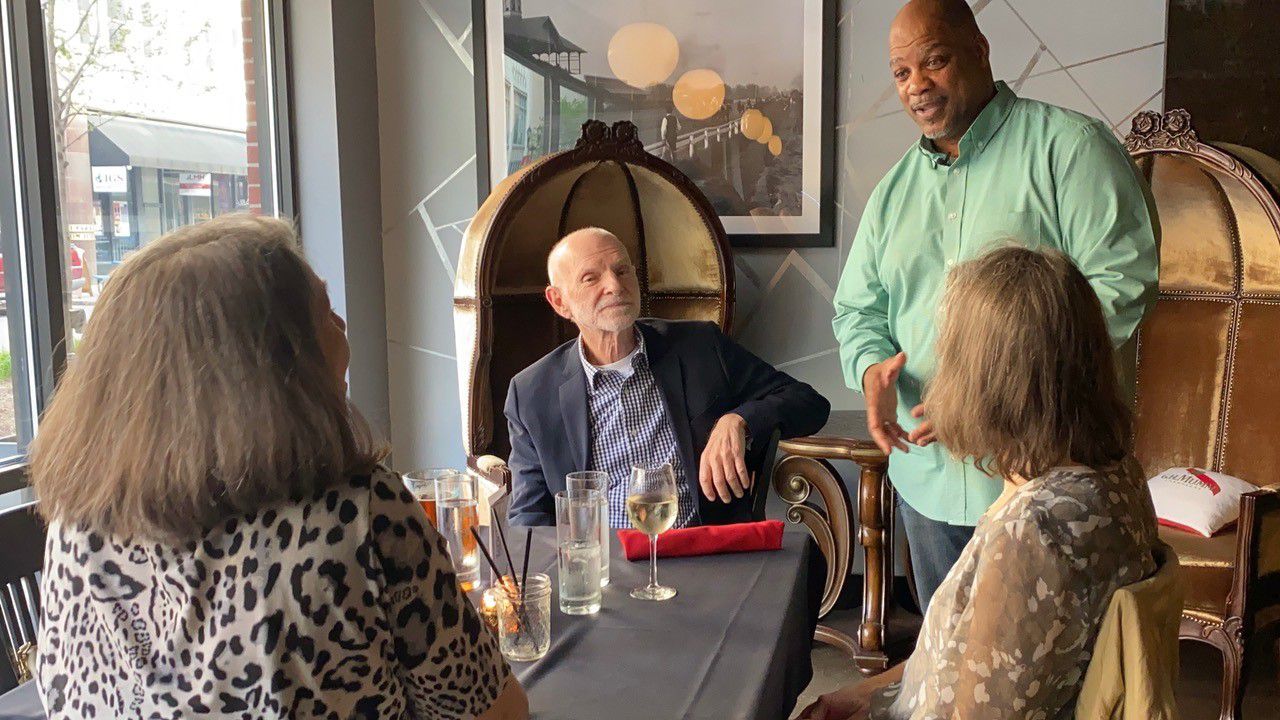 Guests at the Black Jockeys Lounge listen to Calvin Davis as he answers questions about the history of Black jockeys. (Spectrum News 1/Diamond Palmer)

Calvin Davis serves as the Customer Engagement Specialist, giving tours and answers customers’ questions about the history. It’s a passion for Davis because he grew up with horses, so his knowledge runs deep.

Nikki Ervins serves as the General Manager of Black Jockeys Lounge. She and Davis both had a career previously, where they worked in the restaurant and hospitality industry.

They wanted to follow a vision set in stone by Black Jockeys Lounge owner Tawana Bain.

“Think about all the hidden history… that was pressed down and hidden on purpose,” said Ervins.

At the Black Jockeys Lounge, there’s no ignoring the foundational history of Black people in the Kentucky Derby.

“What you see on the walls here is the foundation of the racing industry,” said Davis.

He invites guests to soak in the rich history of Black jockeys like James “Jimmy” Winkfield and Isaac Murphy, whom he said were some of the Derby’s best jockeys. Davis hopes this history will inspire the next generation.

“We’re not going to just get our 16 to 17-year-olds to jump on a horse. Now they want to be NBA players and NFL players. But at the same time there are some young kids out here now that maybe don’t have those skills," Davis said. "If we just give them the opportunity to engage maybe in the equine industry, we might see another Isaac Murphy or Jimmy Winkfield some day."

Davis believes it’s an opportunity boys and girls need in the Black community. Just last year in 2021, Kendrick Carmouche was the first Black jockey to race since 2013, filling an eight-year gap where no Black jockeys competed in the Kentucky Derby.

Ervins hears customers’ requests for the restaurant to expand, and it makes her hopeful of its future.

“The story that we’re trying to tell here at the lounge is that we want to reconnect the history to people of color. I mean we’re the foundation,” said Davis.

The Black Jockey’s Lounge is open for business Wednesday through Sunday. The restaurant says they’re excited for the Kentucky Derby and hope people stop by for a taste of history.