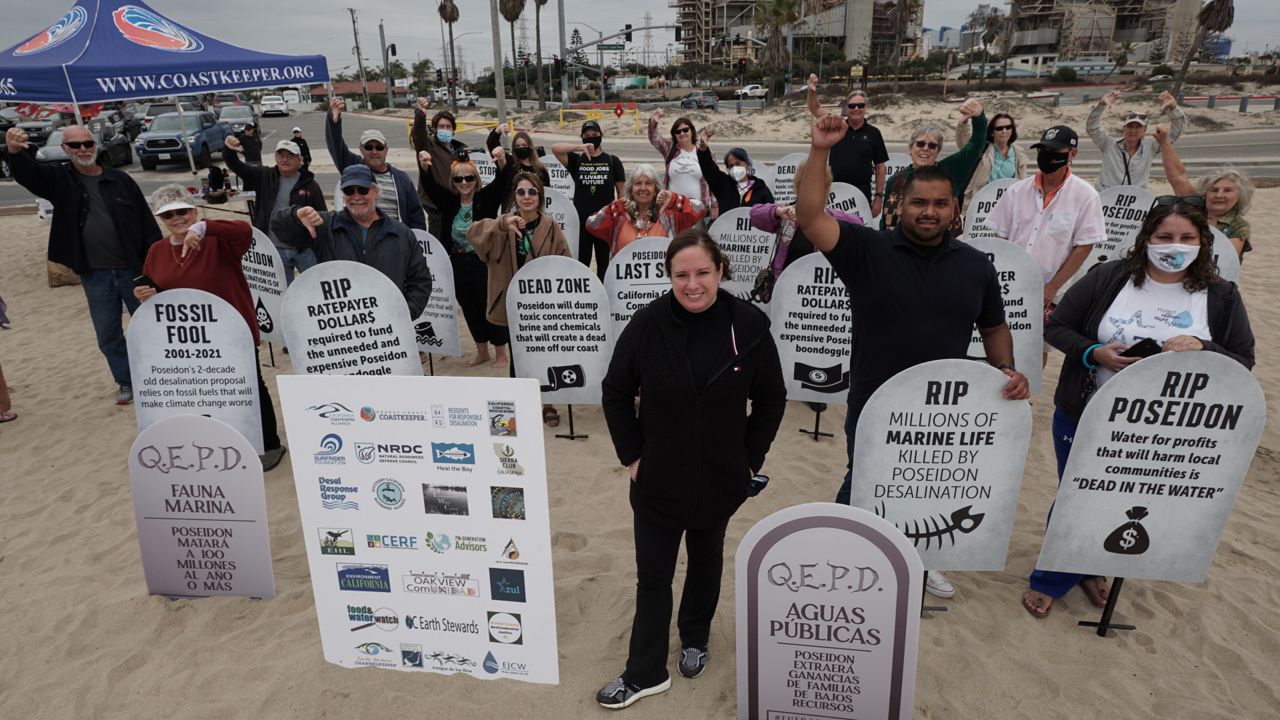 The heated debate over desalination in Huntington Beach

HUNTINGTON BEACH, Calif. — Growing up in Anaheim, the beach and the ocean served as a place of solace for Orange County Coastkeeper Founder and President Garry Brown, who created the nonprofit to help protect the place he loves most.

In their mission to protect water in Orange County, they’ve taken a stance on a divisive issue affecting their community — whether the region needs desalination, a costly, energy-intensive process that uses reverse osmosis technology to remove salt from seawater to make drinking water.

Garry opposes the proposed Poseidon Desalination plant in Huntington Beach because of the region’s large groundwater basin and a water recycling program, that costs about a third of what desalination costs.

“The entire state-wide environmental community, plus many knowledgeable people, think groundwater replenishment is the way to go. That’s the future of California,” Brown said.

But not everyone agrees.

They’re all supporters of desalination, who say water conservation and recycling won’t be enough in the future.

“If we are going to get off the tap, off the hose that brings us water from those very fragile ecosystems of the Colorado River and the San Francisco Bay Delta, the ocean is our only Southern California water resource,” Leipzig said.

Climate change is putting a strain on water sources in the West. Snow melt and runoff is evaporating faster, and the state had its driest winter in 100 years marking the third year of drought.

“Climate change is dominating everything we do now, and it’s our future, and the future right now, for California, does not look very good, unless we have water,” Dettloff said.

And while they’d have water with desalination, it doesn’t come without its costs, and that includes the impact on the environment, another reason Garry said the process should be a last resort, and doesn’t think Orange County needs it.

“Water is something we all acknowledge we can’t do without, and so it’s ripe for the picking,” Brown said.

The plant’s fate now lies in the hands of the Coastal Commission, who will decide in May if the project will get its final permit, ending the long debate whether desalination is the future of water in this community.