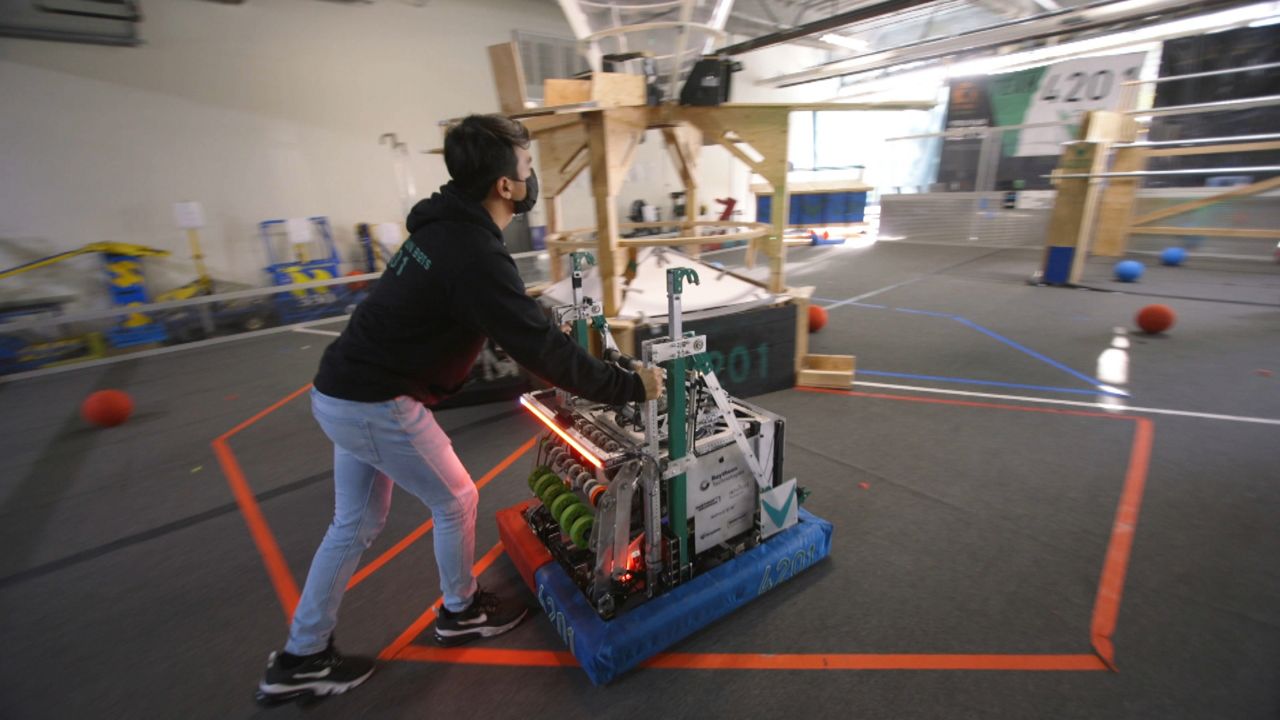 Last month, a documentary titled "More Than Robots" premiered on Disney+. The documentary follows four high school robotics teams as they prepare for competitions all over the world.

Two of the featured teams, the Terawatts and the Vitruvian Bots, are from Los Angeles, and spoke with “LA Times Today” about their passion for robotics.

The students work directly on the robots, preparing them for competition. Aaron Stevenson is a member of the Terawatts and explained what he does with the robot.

"We're just trying to get our robot fitted because it's driving," Stevenson said. "We're attaching the shooter part, so the boss doesn't just go straight up and actually curves into the hub. We can see if the robot could pull itself up, and if it doesn't, we'll make some adjustments so as to do that."

Fazlul Zubair is the lead mentor for the Vitruvian Bots. He talked about how robotics engages students.

"The whole purpose of the robot is to create a competition environment that gets people excited, energized and thinking that STEM and math and science is something that they can do," Zubair said. "FIRST have been growing since it started. I think they started with only 20 or 30 teams, and now we have thousands of teams."

The approaches that different teams take toward creating their robots are different. Fatima Iqbal-Zubair, the founding mentor of the Terawatts, talked about how her team tackles its challenges. She also talked about how she got into robotics.

"What really got me hooked was going to a competition and seeing how this is so much like a sporting event," Iqbal-Zubair said. "There's mascots, there's people in the stands, there's teams working together and competing also against each other to solve this challenge."

The Vitruvian Bots invite other teams to utilize their field space and test out their robots. Zubair said it's important to him that other teams have access to resources and can compete.

The Vitruvian Bots will be competing at the global FIRST Championship next week in Houston. For updates and information can be found on their website.