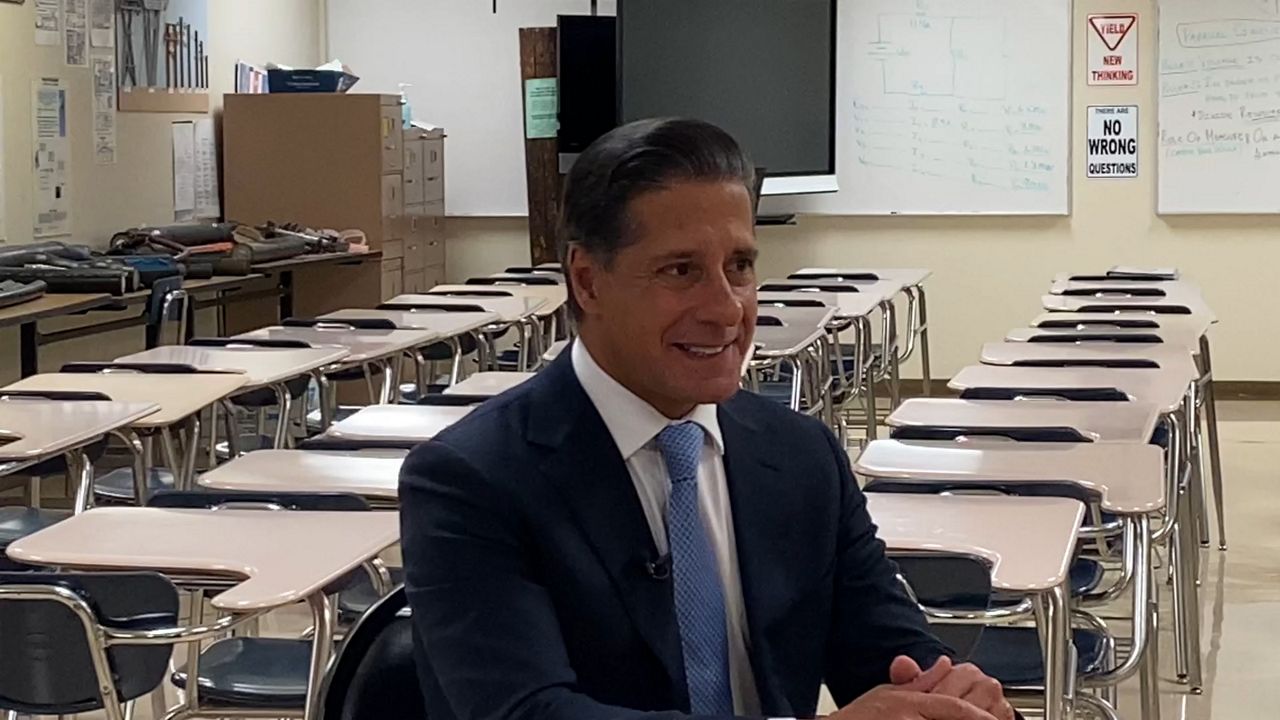 LOS ANGELES — Learning how to install solar panels is much more than a career path for student Dylan Valencia. It’s the start of a new life.

“It’s so great because I didn’t know anything and I just wanted to learn as much as I could, as fast as I could,” Valencia said.

Valencia attends East Los Angeles Skills Center, an adult education program in the Los Angeles Unified School District. He got out of prison two months ago after serving 11 years for armed robbery.

Valencia said the program is a lifeline, providing hands on training in fields such as nursing and construction for some of the most marginalized populations, including high school dropouts and former prisoners.

“I have just recently found the path that I’m supposed to be on,” he said. “Until a couple months ago, I didn’t know what I was going to do. I just knew I had to get my education and continue to move forward.”

Enrollment at the center dropped by 30% during the pandemic but during an exclusive interview with Spectrum News, LAUSD Superintendent Alberto Carvalho said it has now increased by 18% and he wants to expand adult education as part of his 100-Day Plan.

“It is adding additional programs that are viable in terms of the workforce needs in our community,” he said. “The goal? Currently, we are teaching about 50,000 adult learners per year. Let’s double that and, in the process, train the workforce that we need.”

“No. 1 is really transitioning from a pandemic reality to an endemic reality and what that means is rapidly addressing the academic needs of students considering the regression that they’ve gone through. That is our core function,” he said. “We’re doing that by significantly expanding summer school opportunities. We want to hit 100,000 students this year.”

Carvalho said the district is also setting up programs to support the social and emotional needs of students and staff after being isolated due to remote learning. He also acknowledges the district’s financial situation, which he said is stable right now, but could change significantly in the future.

“In two years, in the middle of a presidential election, the federal stimulus money will sunset, the state funding protections for declining enrollment probably will vanish and if we do not begin the bridge right now to avoid that fiscal abyss, programs, workforce could be impacted,” he said. “I’m not going to allow that to happen.”

As for Valencia, he said learning a new trade can be overwhelming at times, but he’s focused on his goal of graduating in June.

“If you put in the work and you study and repetition, like we do every day, it pays off,” he said.