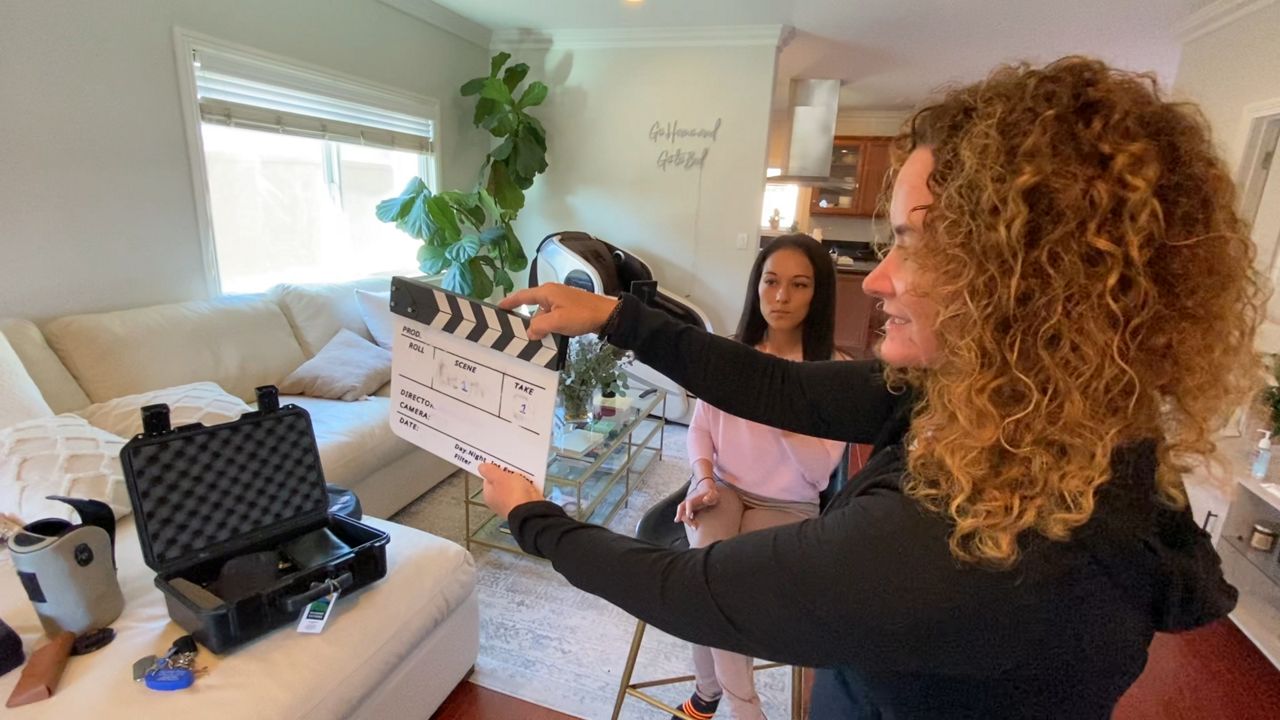 When Megan Kojima isn’t spending her time doing yoga or running in Redondo Beach, her eyes and mind are on the skies.

"Anytime I’m anywhere and I see an airplane above me, I’m going to look at it for sure," Kojima said.


Kojima is part of a small group of five Delta flight attendants who have banded together and are working to eventually become pilots through the company’s Propel Advance Program.

“The more pilots that I talked to on my trips, the more they kept encouraging me,” Kojima said. “And they said, ‘You don’t really belong back there serving drinks. You actually belong up here with us. You should take flying lessons.’”

Delta allows qualified applicants to take up to a 66-month leave of absence to complete their flight training. Once they’ve racked up enough hours, they’re guaranteed at least an interview with Delta.

Kojima is currently working as a flight instructor to earn enough hours to start with a regional airline.

“Training is really intense, and there’s so much studying,” Kojima said. “You really have to devote your entire life to it really, until you’re finished.”

“I’ve always been looking for the right opportunity to tell a story about women who are empowered and empowering other women,” said LA-based producer Marci Klein, owner of Klein Creative Media.

Klein heard about this story while on vacation and knew instantly it was a project she wanted to tackle. She is calling her documentary “5 Fly Girls,” but she’s only at the beginning. She plans to follow them through their entire journey for next four or five years.

“These women are an inspiration to other women who might be afraid to take that chance, and I think they’re going to give other women courage,” Klein said.

The U.S. airline industry was already facing a major pilot shortage pre-COVID, and aviation experts say the pandemic has only made it worse. Earlier this year, United opened its own flight school in Arizona to provide a direct pipeline of qualified pilots.

“It’s not the easiest thing in the world, but it’s not impossible either, and i just hope it makes pilots a little more relatable,” Kojima said.


Klein herself is a sport pilot and conquered a fear of flying to get her certificate.

“I don’t know if I would have had as much interest in this story if I wasn’t a pilot myself,” Klein said.

“I don’t care if she’s a pilot, but I just want her in an environment where she can pursue her dreams without questioning it,” Kojima said.

“Inside the Issues” reached out to Delta multiple times for comment but did not get a response.