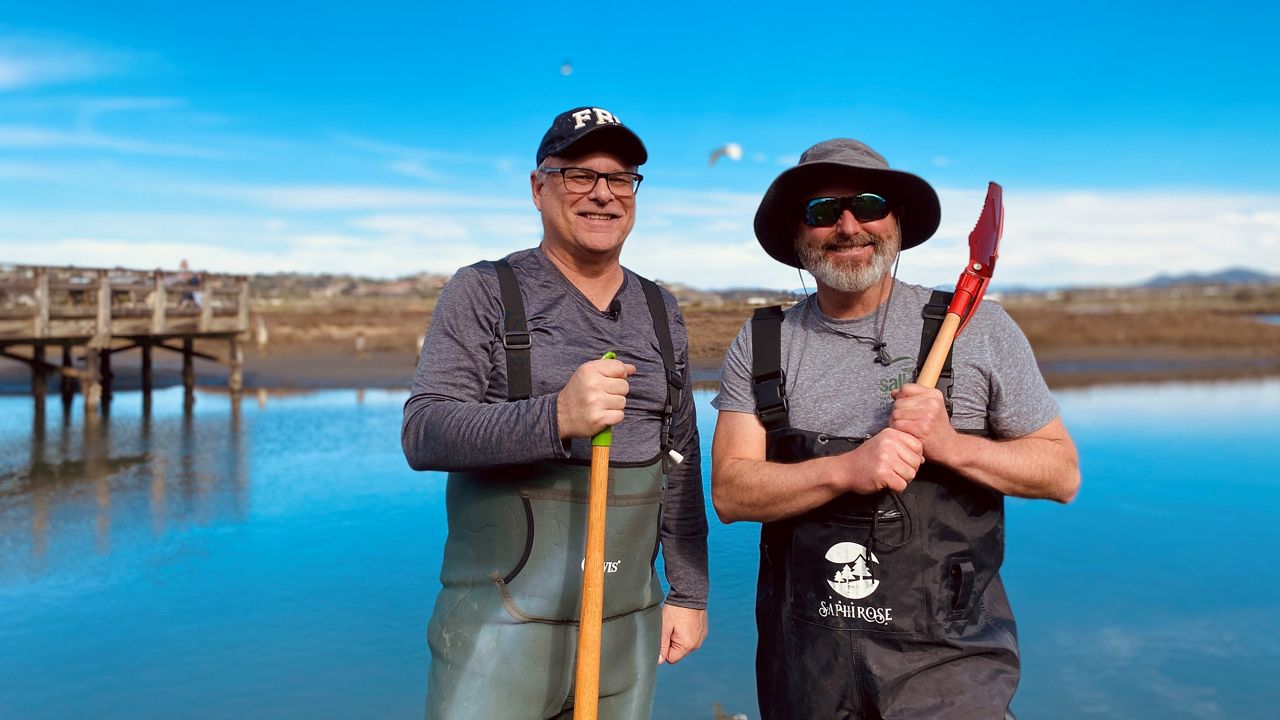 SAN DIEGO — Most people picture gorgeous beaches when they think of Southern California, but there are some that have discovered the beauty of wetlands. Scientists are taking that beauty and studying it to help protect the world.

Nature has always been an escape for Jackie Kim. Places such as the Kendall-Frost Marsh Reserve helped her family during the pandemic. Their nature journals became a way to cope during lockdown.

“Just a little bit of greenery, spending some time looking at birds, plants, anything, even an onion in the kitchen helps us,” Kim said. “It’s so peaceful out here. It’s just lovely.”

Dr. Joseph Noel and Dr. Todd Michael are showing how important wetlands are to the fight against climate change. The two scientists are also professors at Salk Institute for Biological Studies working on their Coastal Plant Restoration project.

Wetlands store as much as 100 times more carbon per acre than dry land, but they’re disappearing fast. As they erode, wetlands release carbon, further complicating the climate picture. Noel and Michael are trying to decode the genomes of these wetland plants for the first time in history.

“The genome is basically the owner’s manual for the organism,” Noel said. “We’d like to understand genetically, from the genomes, what are the genes in those species that actually more favorably build land, store more carbon, but also have other more positive effects on the wetlands.”

Their research will help them build a roadmap to preserve and restore wetlands around the world, using native plants that can withstand current and future climate conditions.

“That’s what we’re really doing at Salk, we’re determining the genomes of a variety of different wetland plants with the hope that that information, having all those rule books will help us work with restoration biologists to figure out what are the best varieties that one can plant,” Noel said.

Coastal Plant Restoration is part of the Harnessing Plants Initiative at Salk, which offers bold, scalable solutions to climate change that can be rapidly implemented.

The initiative comprises two programs: CRoPS, or CO2 Removal on a Planetary Scale, which aims to develop crops called Salk Ideal Plants™ that can store more carbon in the ground for longer; and CPR, or Coastal Plant Restoration, which is working toward genetically informed restoration and preservation of the world’s wetlands, which act as significant carbon sinks.

Kim is glad there are people working to preserve these ecosystems.

“It helped us see the beauty of the world, and gave us hope,” she said.

San Diego Audubon Society and UC Natural Reserve System are celebrating Love Your Wetlands Day by exploring Mission Bay’s wetland on Saturday. The community will have the opportunity to explore the normally off-limits Kendall-Frost Marsh Reserve, while also learning about the importance of coastal wetlands, the threats they are facing and how local communities are working to restore and protect them.