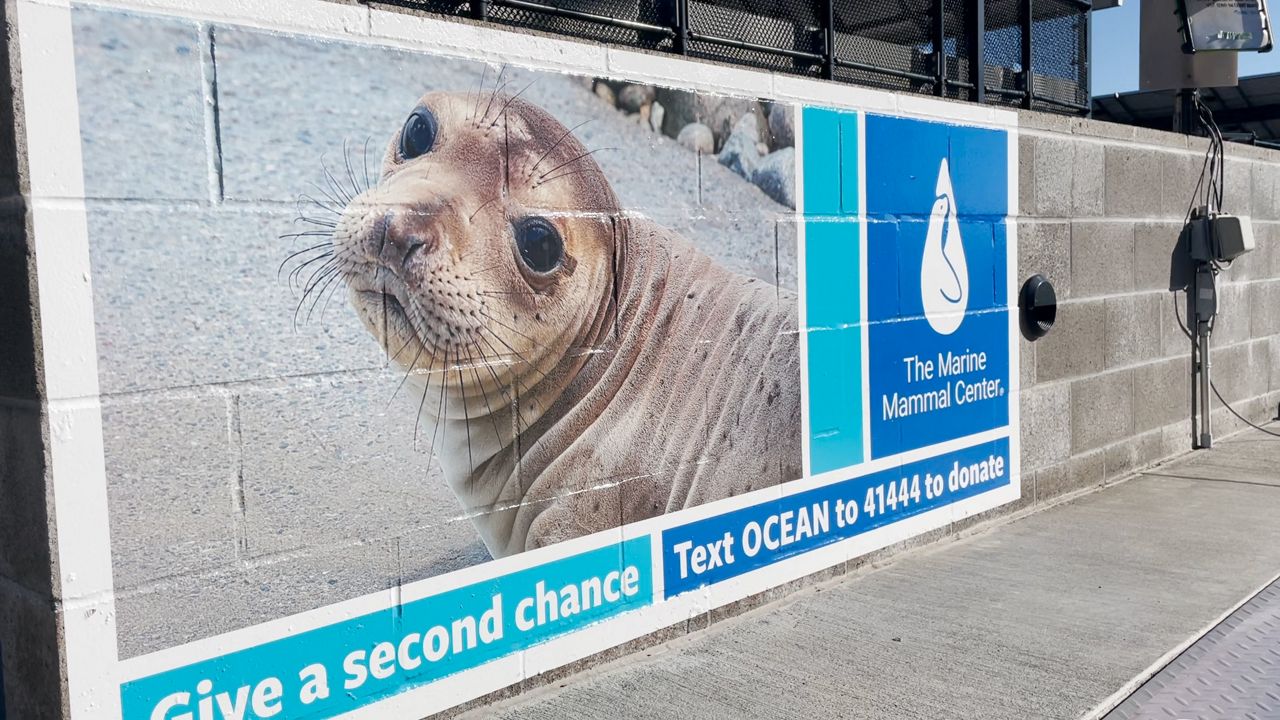 SAUSALITO, Calif. — Scientists at the Marine Mammal Center in Sausalito have spent more than two decades studying why California sea lions continue to due from cancer at unprecedented rates.

According to their research, nearly 25% of adult sea lions are developing cancer.

“This is in fact the largest preponderance of cancer in any mammal species that we’ve studied,” said Dr. Jeff Boehm, CEO at the Marine Mammal Center.

The Marine Mammal Center is the world’s largest marine mammal hospital — and also where thousands of sea lions with terminal cancer spend their final days.

“We have uncovered a really alarming problem on the West Coast of the United States, and that’s cancer in California sea lions. We’re linking it to both a virus and persistent chemicals in the ocean,” Boehm explained.

The main chemical compound Boehm is referring to is called dichlorodiphenyltrichloroethane, or DDT, which was used back in the day to kill mosquitoes that spread malaria.

Dr. Frances Gulland, who’s treated thousands of sea lions at the Marine Mammal Center, says one of the goals throughout her years of research is to figure out why sea lions with high levels of DDT continue dying if it’s been decades since the chemical was banned at a federal level.

“Suddenly, the pieces of the puzzle came together, and we realized there’s a continual source of DDT into the ocean environment that can contaminate the food chain and hence continue to expose sea lions to DDT,” said Gulland.

The UC Davis veterinarian points out it wasn’t until recently the last couple years that marine scientists discovered as many as 25,000 barrels loaded with DDT near Catalina Island.

“We thought in the 70s that the main source of dumping was a natural pipeline at Palos Verdes that went out to the sea and was discharging a fluid that was contaminated with DDT.

Researchers and scientists are calling on the government to remove the barrels that are lying on the bottom off the Southern California coast.

“What I really hope is that this will make people aware that we put chemicals out there that we have no idea what they do, and it can take 20, 30, 40 years for us to realize they are causing cancer or other health problems,” Gulland said.

Gulland, who also sits on the U.S. Marine Mammal Commission, is hoping federal leaders will make it a priority to remove the barrels from the ocean.

“I’m very excited that our congressional members are interested in this issue,” she said.

Congressman Ted Lieu and members of the California Coastal Caucus recently wrote a letter to the leaders of the Environmental Protection Agency and the U.S. Department of Health and Human Services.

In the letter, Lieu and his colleagues asked the agencies to look into DDT also possibly causing a spike in cancer in humans, since both sea lions and people eat the same fish that contain the substance.

“We request that your agencies take action to answer this critical question as soon as possible. For the long term, we urge more investment into research and studies that will unlock our understanding of risks and disease manifestations from pollutants in our oceans,” the letter stated.

Boehm added that he was grateful to see Congressman Lieu take action after a visit to the Marine Mammal Center a few months ago.

"This an alarm bell for those of us who care about not just sea lions, but the health of the ocean and the health of people," he said. "How might this situation be influencing people?"