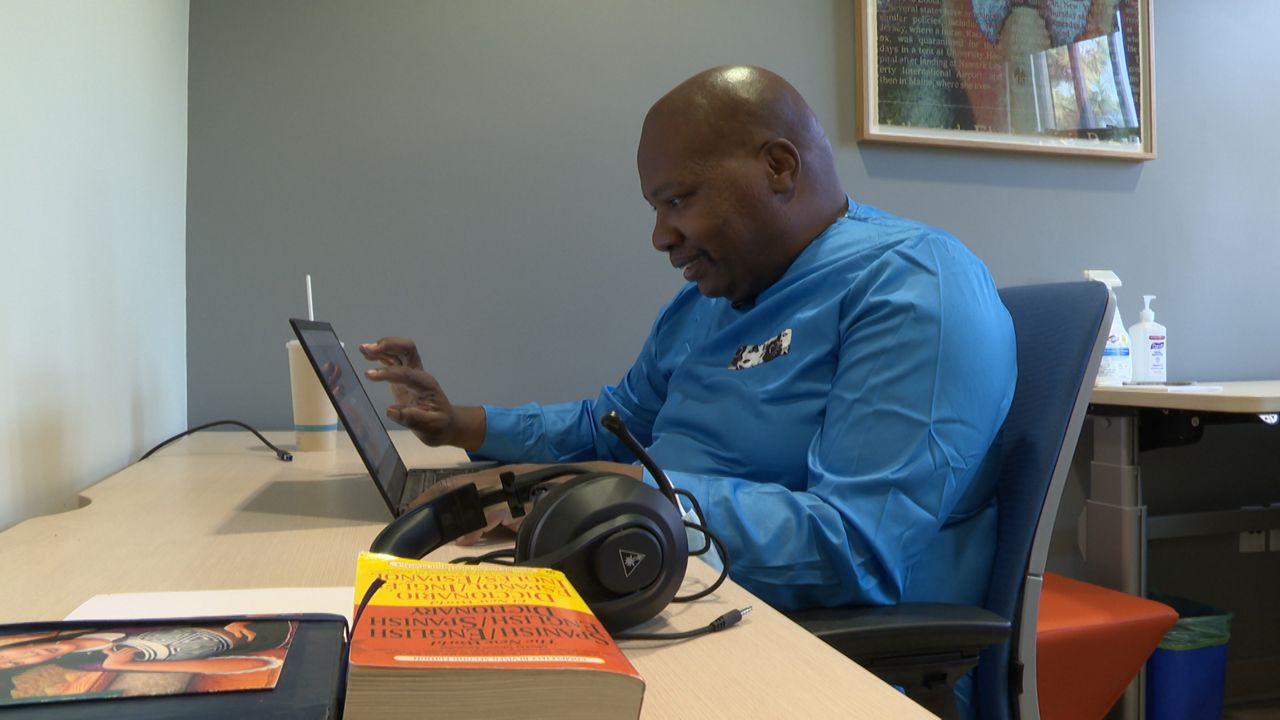 LOS ANGELES — A recent picture day became a full circle moment for Theo Henderson who spent years living homeless in Los Angeles and advocating for homeless people's rights through his podcast "We The Unhoused."

“It’s dawning on me that I really am part of the community because a lot of times I was speaking here, as well as when I was unhoused, I used to utilize some of the services here to survive,” Henderson said.

Spectrum News 1 first reported on Henderson back in 2020. He is now planning to use his new platform to teach UCLA faculty and students about the impacts of public policies by taking them beyond textbooks and into encampments on the ground. Especially now, as the city of Los Angeles continues to expand its ban on sitting, lying and sleeping on public property.

“I remember reading dusty books about experiences and activism and activist actions going on and though that was very important, it lacked the realness, the nuance and the layers to be there. There’s nothing like being in person to understand the realities,” Henderson said.

The Activist in Residence program is in its fifth year supporting the work of those advocating for social, environmental and other justice issues.

Marisa Lemorande oversees the program. In the past, it’s provided activists a space to plan out their work and also helps students and faculty gain a better understanding about the issues in nearby communities.

“These are conversations that are happening in the classroom about policies and communities that these activists are part of and so bringing in that perspective and that first-person voice is just so important and really creates a dynamic learning environment,” Lemorande said.

It’s an opportunity Henderson is hoping will bring more understanding and compassion to solving homelessness.

“In order to do that, we need to get to people who don’t see what is going and see what the reality is by the lived experience of unhoused people,” he said.

Henderson sees this new position as a new platform to continue being the voice for the unhoused who feel voiceless.