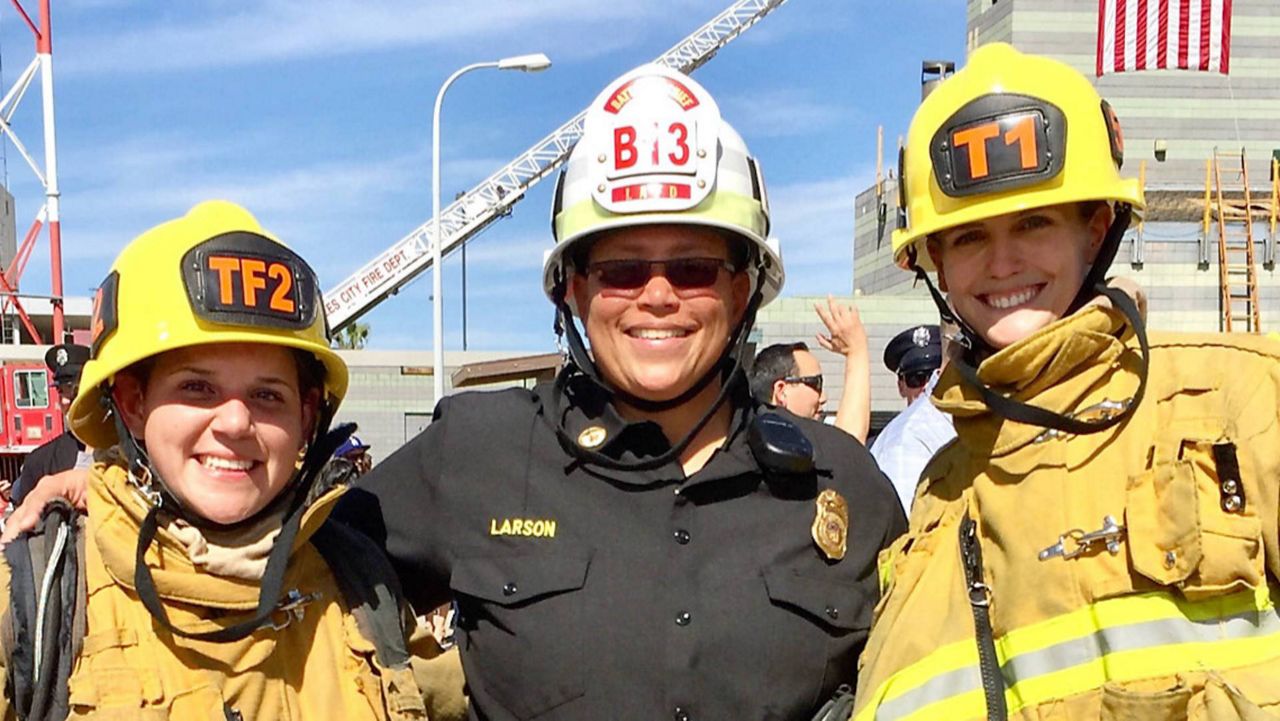 LOS ANGELES — After joining the Los Angeles City Fire Department on a whim more than 30 years ago, Kris Larson never expected to move up the ranks becoming a battalion chief mentoring others, especially other women.

“Being able to reach out to a candidate and being able to advocate for them, especially women, is important,” she said.

"If you can’t see it, you can’t be it," she said. "Having that representation out there for people is important. It wasn’t something I set out to do like, 'Oh, I’m going to be the first to do this.' I honestly didn’t know."

In this role, Larson is able to recruit and hire future firefighters, while also leading youth programs around the city. Through this, she hopes she's a positive influence for all women to succeed in leadership roles, no matter the job.

"Women have few role models that are in power positions that are visible," she said. "If I can use my visibility to help other people through networking or one-on-one conversations, that’s great."


Outside the department, Larson spends a week volunteering every year at Camp Blaze teaching young women fire skills. It's why she is receiving the Rosa Parks Humanitarian Award from the Southern Christian Leadership Conference during their Dr. Martin Luther King Jr. Legacy Week. It's an honor Larson does not take lightly.

"I don’t think you get that many opportunities in life to make an impact that is going to be positive, not just for you, but possibly generations to come," she said. "Knowing that this is a legacy award named after Rosa Parks is huge. I mean, I don’t know how to step into those shoes and not be truly humbled."

From emulating the qualities of Rosa Parks and Dr. King, Larson hopes to carry on their legacies by following in their footsteps.