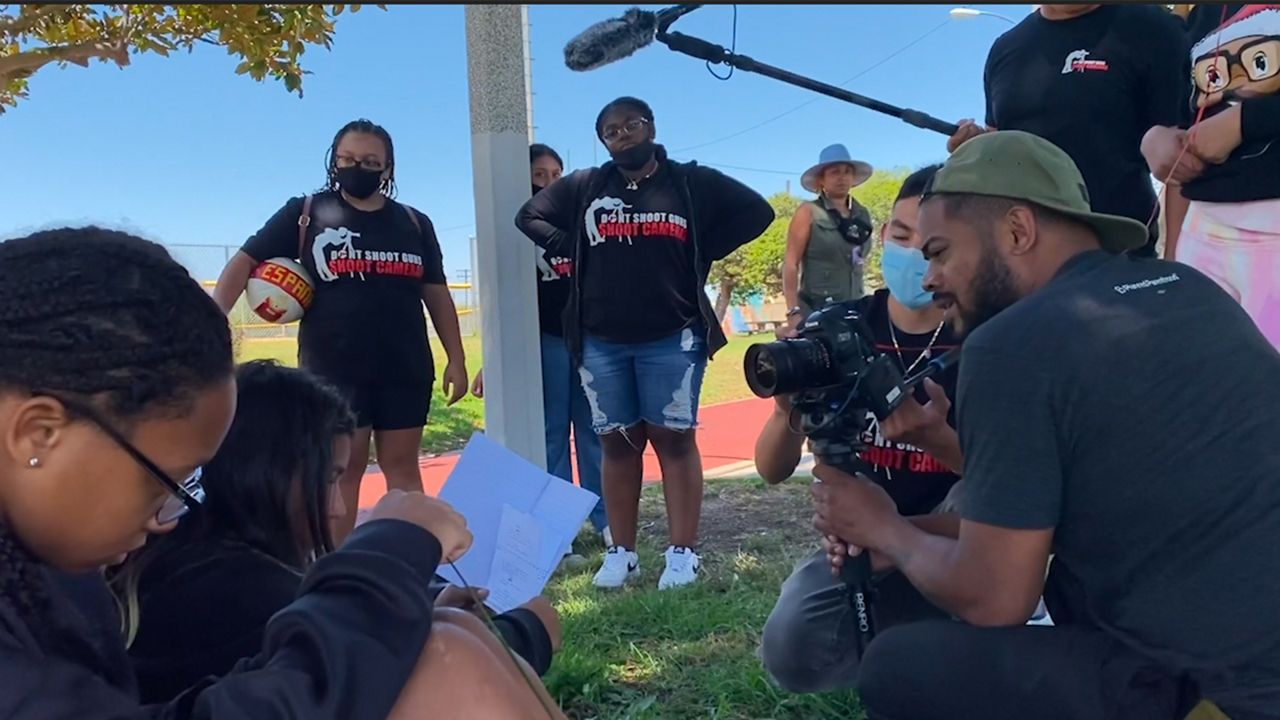 INGLEWOOD, Calif. — Dreams of being the eye behind the camera are finally a reality for 17-year-old Chris Enciso.

Growing up watching cinematic movies like "The Avengers" and "Annabelle" sparked his interest in filmmaking.

"I would imagine myself being on that set and maybe getting that first shot of the movie," he said.

Rodney "Red" Grant started the camp last summer in his hometown of Washington D.C., expanding the program to Inglewood this summer.

Being from the inner city, Grant said he understands how easy it is for teens to get involved with gangs and gun violence.

His escape, though, was comedy. Grant's comedic talents landed him a career in filmmaking, working with networks such as BET and Viacom, producing and writing scripts.

"What's funny is they used to tell me I wasn't a good writer in high school," he said. "I guess they should see me now."

Grant's camp encourages inner-city students to use writing and filmmaking as a creative outlet to tell stories of what's happening in their communities.

"[This camp] allows people to see how strong African American and Latino youth are when it comes to creative film making," he said.

The camp begins with a four-day virtual scriptwriting workshop where students write a story about social media's impact on their generation.

Then they meet in person for the tedious process of filming.

This was Enciso's first time on a production set, and he took on the role of the camera operator.

"I'm looking for the perfect angle," he said.

Janet Anaedu, who's typically extremely shy and quiet, chose the role of director.

Her family recently moved to Inglewood from Nigeria, and she said this program has helped improve her communication skills.

"It's good to be able to give them the opportunity to work with people they don't know, communicate, and work as a team and build that sense of community," Grant said.

After long days on set, students have a professionally shot short film to add to their portfolio and a stipend and a network of connections in the industry.