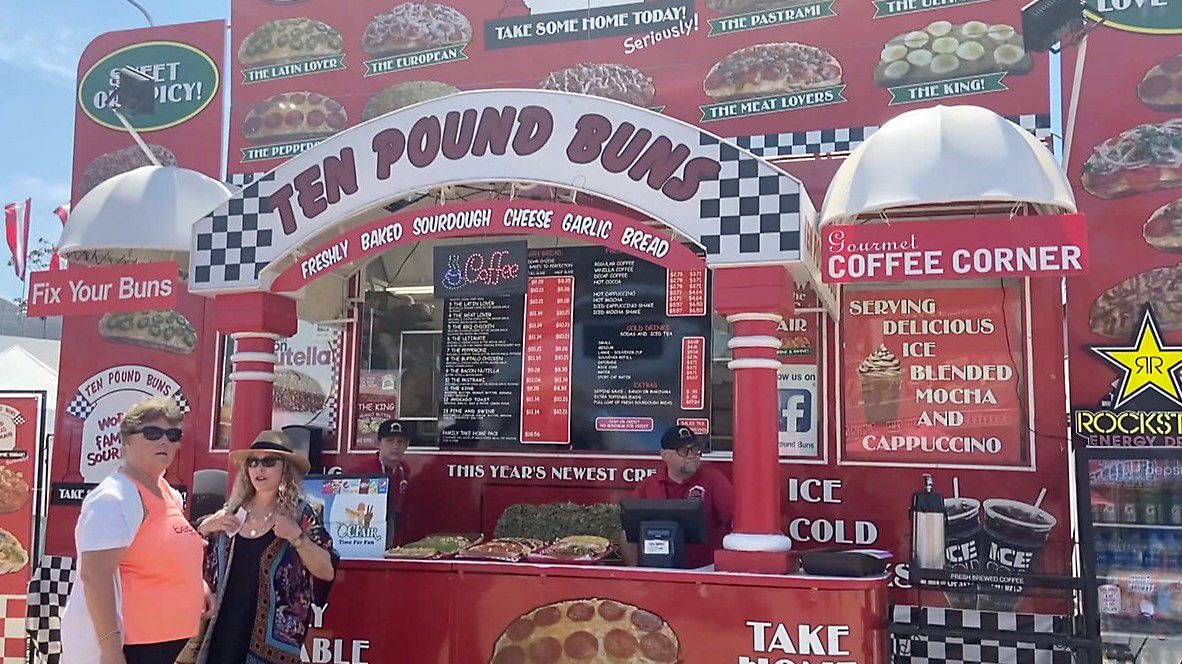 'I lost everything.' The economic and emotional impact of fair closures

COSTA MESA, Calif. — The 2020 closures impacted the ecosystem of the fair scene financially and emotionally. This year, the Los Angeles County Fair is still not happening, but the OC Fair returned with a sold-out opening weekend.

One vendor Schuyler MacPherson hadn’t missed a fair season in 42 years and is ready to serve the community his open-face, loaded slices of bread once again. He owns the 10 Pound bun stand and relies on fresh sourdough loaves to be delivered every other morning. MacPherson and his son, James, are stocking thousands of pounds of bread to prepare for the long day ahead.

MacPherson bought the business from a previous owner 11 years ago, but he’s been working the fair scene since he was a kid at his family’s ice cream stand that’s been a staple in the LA County Fair for 100 years.

“I was at the fairs since I was 6 years old. We had a stool at the ice cream stand in Pomona. I would sit there, and I would take the money and collect change and run the register,” MacPherson said.

His life surrounds around the county fair in San Diego, LA and Orange, so it hit hard financially, with all of them canceled in 2020.

“I lost everything. I had no income last year,” he said.

It also affected him emotionally. The fair circuit is an ecosystem. It impacts more layers than the public may notice, from the vendors one sees to those behind the scenes, such as the bread delivery person. MacPherson goes through about 30 loaves on an average day for his loaded slices.

“We are all connected. When you see one of your friends struggling, it’s hard. But we are all struggling at this point. We all want to get back to a good shared community,” MacPherson said.

During the 2020 closure, the Orange County Fair as a whole lost $18 million and took away an extra 1,500 jobs from the community. The fair hopes to bring life back into the local economy and joy even though it is open at a limited capacity this season.

One family of six was in line right when doors opened to visit the fair for the first time. Serenity was excited to get out of the house.

“The rides, the games, and eating,” Serenity said.

Her mother, Maryann, has been wanting to attend, and after a year of being stuck inside, she said she wanted her kids to have fun. They did, running right to the games to win a prize.

The OC Fair sold out for the opening weekend. Vendors hope this is a good sign for what’s to come. The fair opens an hour earlier this year at 10 a.m., and it is recommended to buy tickets ahead of time on their website.