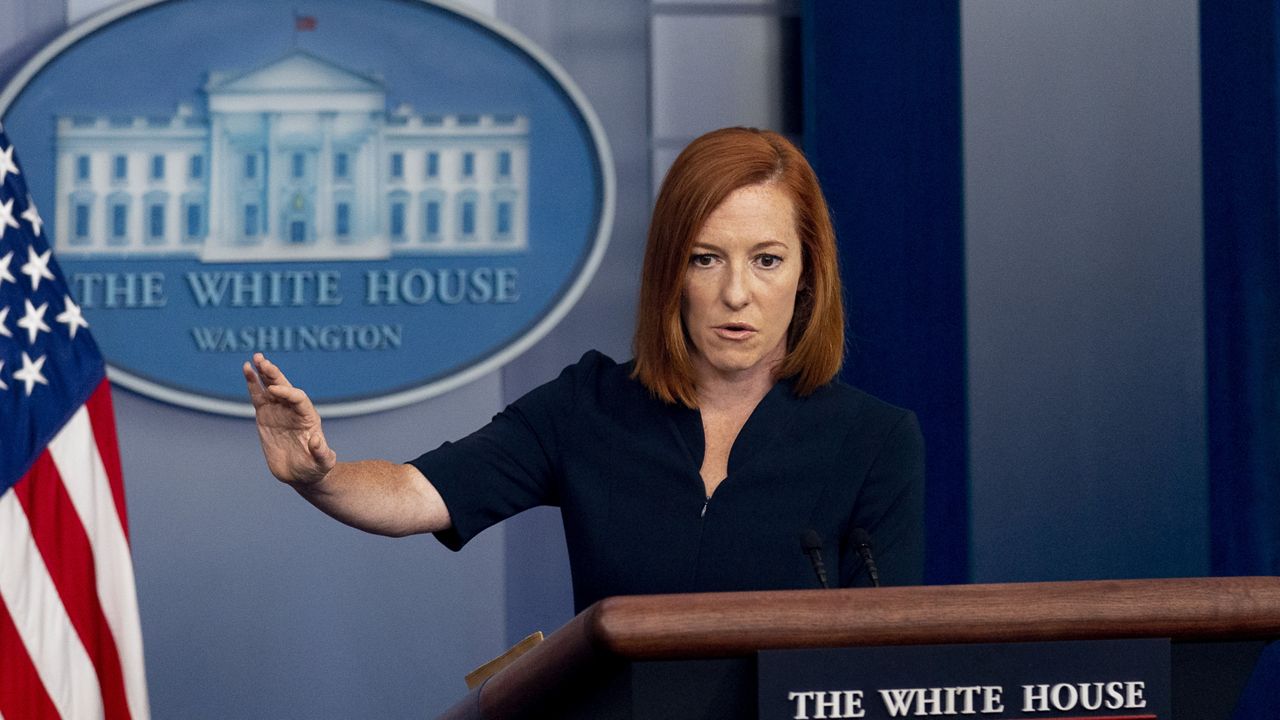 With COVID-19 cases on the rise nationwide, the Biden administration continues to take action to battle the pandemic.

As of Friday, according to the Centers for Disease Control and Prevention (CDC), current 7-day moving average of cases is 40,246 – while a far cry from the peak of the pandemic, it's still an increase of 46.7% from the previous average.

And according to health experts, three states – Florida, Texas and Missouri – accounted for 40% of all new COVID cases.

"This week, just three states Florida, Texas and Missouri, three states with lower vaccination rates accounted for 40 percent of all cases nationwide," White House coronavirus response coordinator Jeff Zients said at a news briefing Thursday. "For the second week in a row, one in five of all cases occurring in Florida alone. And within communities, these cases are primarily among unvaccinated people."

As COVID-19 cases soar, thanks to the highly contagious delta variant, and some states grapple with low vaccination rates, some health experts have called on President Biden to put in place vaccine mandates where he can, but his administration has pushed back on those calls.

"That’s not the role of the federal government, that is the role that institutions, private-sector entities and others might take," White House press secretary Jen Psaki said at a press briefing on Friday. "Also, local communities are going to take steps they need to take in order to protect people in their communities."

"I will say: We understand her frustration, and we understand the frustration of leaders out there and public voices who are trying to say the right thing, advocate for the efficacy of the virus, save people in their communities," she continued.

Psaki noted that the federal government's role, rather, is to "make the vaccine available," "fight misinformation," and work with trusted voices and local officials to get the word out about vaccines.

And with the new school year just weeks away — parents are grappling with conflicting information: While the CDC recommends unvaccinated children wear masks in school, a leading pediatrician group this week recommended that all people two years of age and older wear masks in schools, regardless of vaccination status.

Psaki noted that "our objective and our desire and commitment is to push for and ensure 100% of schools are open across the country," but noted that decision is up to school districts to implement. She added that the federal government advocated for funding in Biden's $1.9 trillion COVID-19 relief bill, the American Rescue Plan, "for mitigation measures for schools so that they can invest in social distancing opportunities or repairing vents that need to improve ventilation," and noted that Secretary of Education Dr. Miguel Cardona has been focused on getting children back into school since his first day on the job.

Delta, she said, "has not changed our public health guidelines."

Some vaccinated people are contracting COVID-19, known as "breakthrough cases," which has caused panic, alarm and concern, but health experts say it shows that the shots are doing exactly what they are supposed to: Dramatically reducing severe illness and death.

And in addition, U.S. hospitalizations and deaths are nearly all among the unvaccinated.

“When you hear about a breakthrough infection, that doesn’t necessarily mean the vaccine is failing,” Dr. Anthony Fauci, the nation's top infectious disease expert, said before a Senate panel this week. “It’s still holding true, particularly with regard to protection against severe disease leading to hospitalization and deaths.” The shots, Dr. Fauci sid, are holding up, even in the face of the highly contagious delta variant that is burning through unvaccinated communities.

"Some people who are fully vaccinated may choose to wear masks for an additional sense of safety," Dr. Bechara Choucair, White House vaccinations coordinator, told Spectrum News. "And they’re welcome to do that."

Dr. Choucair noted that the CDC will review whether or not to recommend masks. In the meantime, the White House says it’s  focused on getting more people vaccinated, which is proving to be a challenging job.

One Republican governor expressed frustration this week that she is hitting a wall: Alabama's Gov. Kay Ivey.

"I’ve done all I know how to do," she added. "I can encourage you to do something but I can’t make you take care of yourself."

Meanwhile, the state reported nearly 8,000 new COVID-19 cases in the last week, according to data from Johns Hopkins University.

"And the deaths are certainly occurring with the unvaccinated folks," the Republican continued. "These folks are choosing a horrible lifestyle of self-inflicted pain."

In one notable exchange with a reporter which got a lot of attention online, a reporter asked Gov. Ivey what it would take to get more people vaccinated; Ivey replied, "I don’t know, you tell me!"

"I've done all I know how to do," she replied, when asked if she bears any responsibility to get the COVID-19 situation in the state under control.

The White House says there is a sliver of good news: An uptick of vaccination rates in a number of states seeing a spike in cases.

"The five states with the highest case rates -- Arkansas, Florida, Louisiana, Missouri, and Nevada -- had a higher rate of people getting newly vaccinated compared to the national average," Psaki said. "That is a good sign."

"In the past 10 days, more than 5.2 million Americans have gotten a shot," she continued.

"People are realizing that this variant is serious and it’s mostly impacting those who are mostly unvaccinated, and that’s driving more and more people to get vaccinated," Dr. Choucair said.