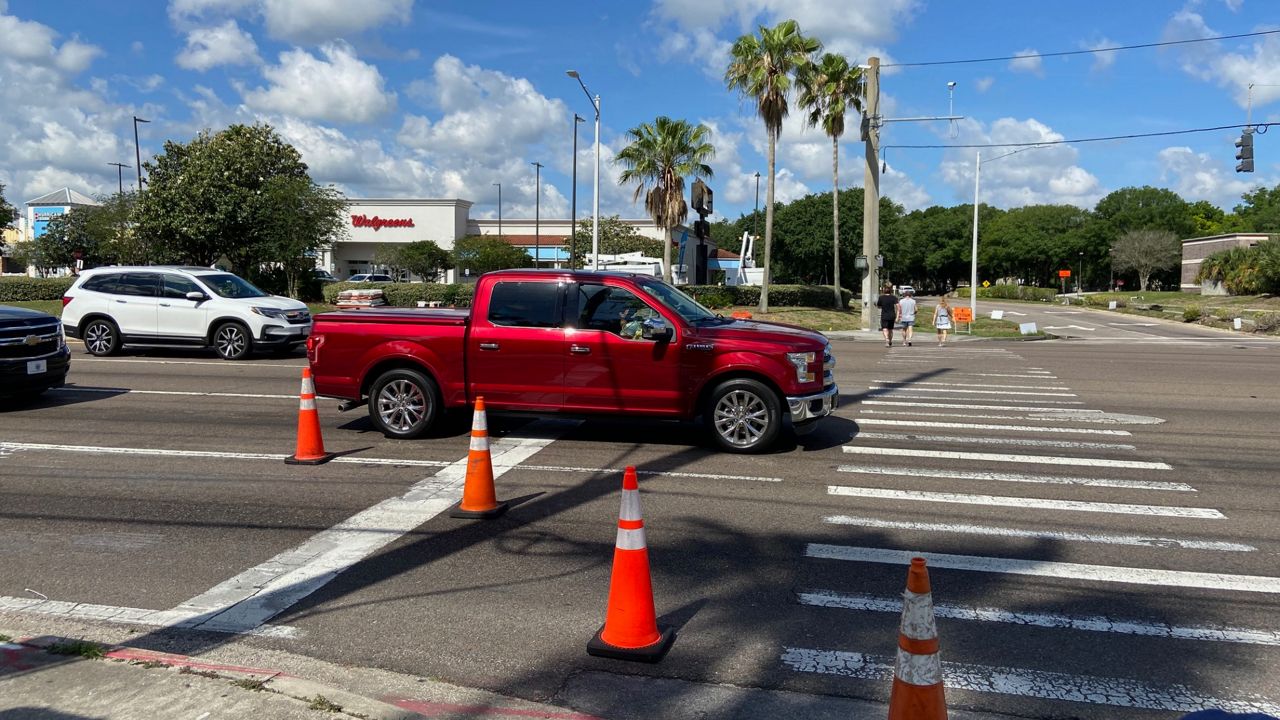 ORLANDO, Fla. — A new project to improve safety for people walking in a busy tourism corridor will be the first of its kind in Central Florida.


The improvements are coming to Apopka Vineland Road near Interstate 4 and Walt Disney World.

“It's tough. It takes forever to get across," said Kyle Werner, who was visiting from Nazareth, Pa. "They've got to do something about it. It's nuts."

Since 2015, there have been 23 crashes on Apopka Vineland Road involving pedestrians and cyclists. Markers show the spot where two of those crashes resulted in deaths.

“The area is seeing a lot of growth and a lot of traffic, not just from motorists but from pedestrians," said Allison Colburn, a spokesperson for the Florida Department of Transportation.

The area’s first restricted crossing U-turn intersections are being built. These RCUTs prohibit drivers from making left turns off side streets. Instead, drivers have to turn right and make a U-turn.

Walkers will cross Apopka Vineland Road diagonally, with the center median keeping the cars away from them.

The Federal Highway Administration says the intersection improvements will also help drivers. It found RCUTs reduce travel time by as much as 40% compared with a traditional intersection.

Additionally, they can handle up to 30% more vehicles traveling through the intersection.