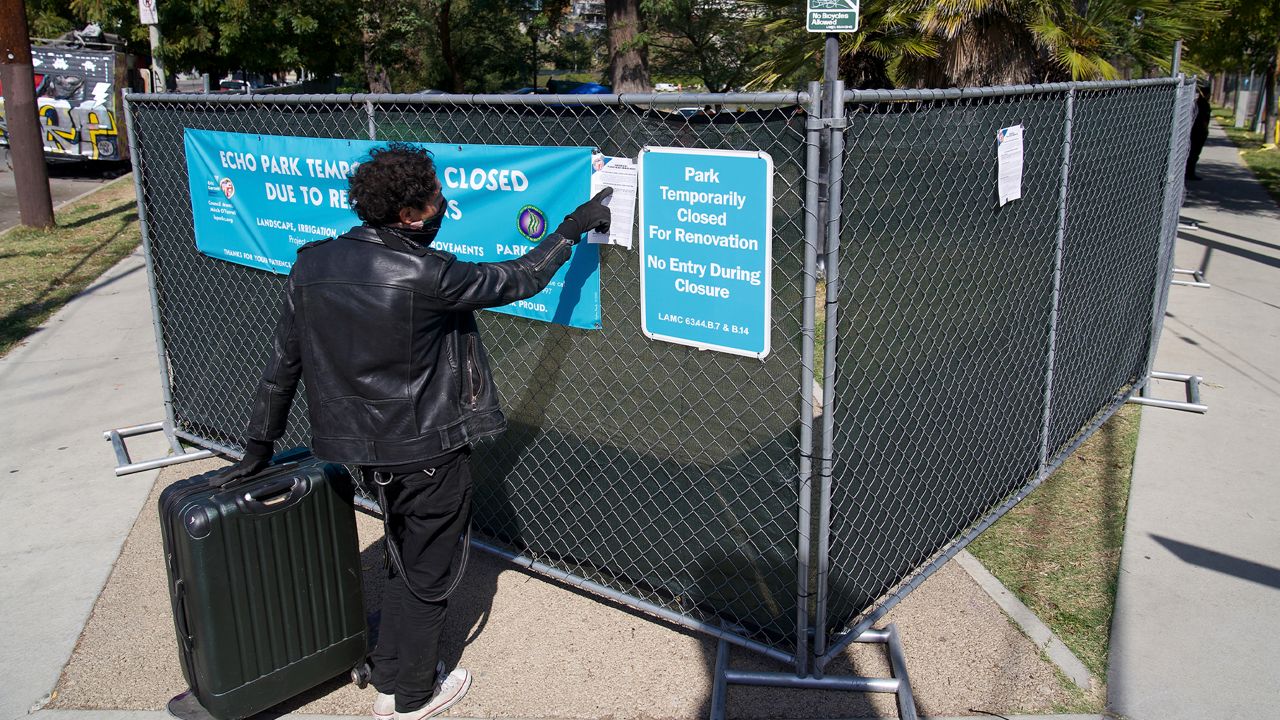 Echo Park Lake to reopen to public on May 26

LOS ANGELES — Echo Park Lake will reopen to the public at 3 p.m. on May 26, according to Councilman Mitch O'Farrell's office. The reopening comes after two months of extensive repairs to the park.

The park was temporarily closed at the end of March following a sweep by law enforcement to clear it of an extensive homeless encampment that had set up around the lake. Nearly 200 unhoused individuals were cleared from the park, many of whom have since been moved into transitional housing, according to a statement from O'Farrell's office.

"For over a year, my team worked tirelessly to provide resources, services, and ultimately transitional housing to people experiencing homelessness at Echo Park Lake," said O’Farrell. "As time went on, conditions at the park became increasingly unsafe for everyone — park visitors and park dwellers. Echo Park Lake is a shared public space, and unhoused people were existing in inhumane conditions — which is why every single person experiencing homelessness in the park was offered transitional housing and services."

Homeless people have been camping out in Echo Park for years now, but the pandemic saw the encampment grow exponentially with tents pitched all along the lake shore. The influx of unhoused individuals drew the ire of neighborhood residents and saw safety and sanitary conditions in and around the park deteriorate.

In 2020, there were four deaths reported in the park, including an 18-year-old woman who died of a drug overdose at one of the homeless encampments.

The Department of Recreation and Parks has previously authorized up to $1.1 million toward repairs at the park, including upgrades to the children’s play area, public restrooms, boathouse, and lake bridge. Other planned improvements include new hydration stations, electrical repairs, plumbing work, irrigation system renovations, painting and removal of graffiti, installation and maintenance of new turf, replacement of shrubs and landscaping, tree trimming, and the installation of new trees.

As part of the reopening, the park will introduce new public safety measures including security cameras.

“The Echo Park community is compassionate and cares deeply about helping people experiencing homelessness receive the services that lead to stability and permanent housing,” said O’Farrell. “But what transpired at Echo Park Lake should not be acceptable to any of us. The situation at the Lake was not ‘commune-like,’ and it was naive and inaccurate to describe it as such. It was unsafe, unhealthy, inhumane, and deadly — with multiple fatalities, widespread drug usage, and criminal activity, including reports of sexual assaults. Over a period of several months, outreach partners placed nearly 200 people into safe, managed, transitional housing. I’m deeply grateful to them, and to our City departments for completing the necessary repairs. When Echo Park Lake reopens, the City will ensure that it remains safe, clean, accessible, and secure for all who wish to use this shared public space. The community can count on that.”