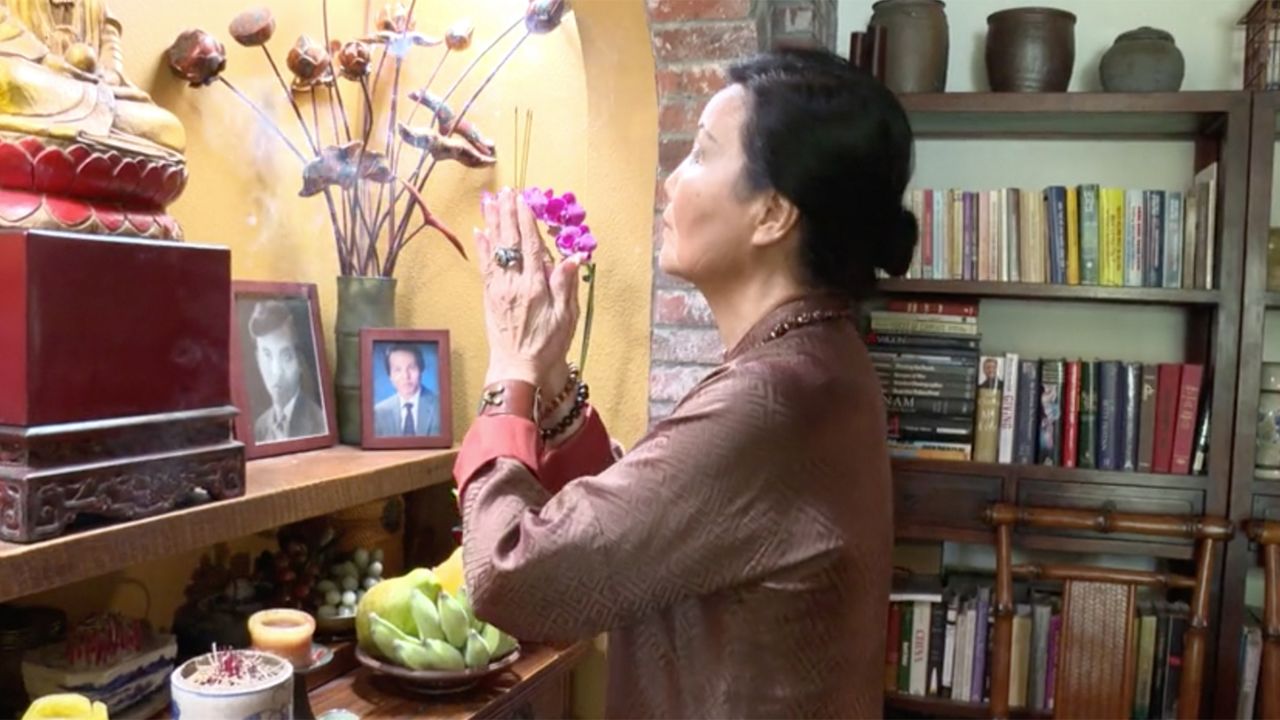 Saigon fell 46 years ago, actor thanks America for becoming her new home

For many, the final week in April is a time to remember. It's a time of year when Orange County resident Kieu Chinh burns incense at the altar inside her home and the Vietnam War Memorial in Westminster, acknowledging what this time means for Vietnamese Americans like herself.

"That date will stay in our heart, the Vietnamese forever," Chinh said.

On April 30, 1975, Saigon fell to communist troops. The terrifying takeover plunged the country into a dark time.

Miraculously, Chinh was able to catch a flight out just days before. Yet with the government's collapse, her passport was useless and she soon ended up in a foreign jail cell.

Her reputation as a famous actor helped save her. Hollywood starlet and friend Tippi Hedren sponsored Chinh so she could come to the United States.

"M*A*S*H" was one of the first shows she landed in the U.S., and she continued taking roles big and small so she could start over.

Currently, she's writing her autobiography. But as she writes, a painful new chapter is unfolding around her, one that's seen a nationwide spike in violent crimes directed at Asian Americans.

"I can't believe it that nowadays, it's not getting better, but getting worse. Why? I remember all the happy times," Chinh said.

Even watching TV — the very medium that brought her fame and fortune — is harder now that violent images of attacks are so often splashed across the screen. As the time comes to reflect on what brought her to this country, it feels like the welcome could be waning, she said.

46 years ago today Saigon fell to communist forces. Kieu Chinh managed to escape just in the nick of time. She is a prolific actor and is currently handwriting her autobiography in Vietnamese. pic.twitter.com/iraIxXnM61