Biden Officials Say Trump Had No Plan for Vaccines. A Look Back Says Differently.

WASHINGTON, D.C. — At the White House in early December last year, Wes Wheeler, the president of UPS Healthcare, stood on a stage and motioned to a large white cardboard box, holding a microphone to explain how it would be used to ship up to 5,000 doses of the Pfizer vaccine, millions of which were set to go out across the country less than a week later.

Wheeler explained that dry ice would occupy the bottom layer, then a second styrofoam box inside would provide insulation, plus a GPS tracking system and a temperature monitor would help account for the doses’ journey. 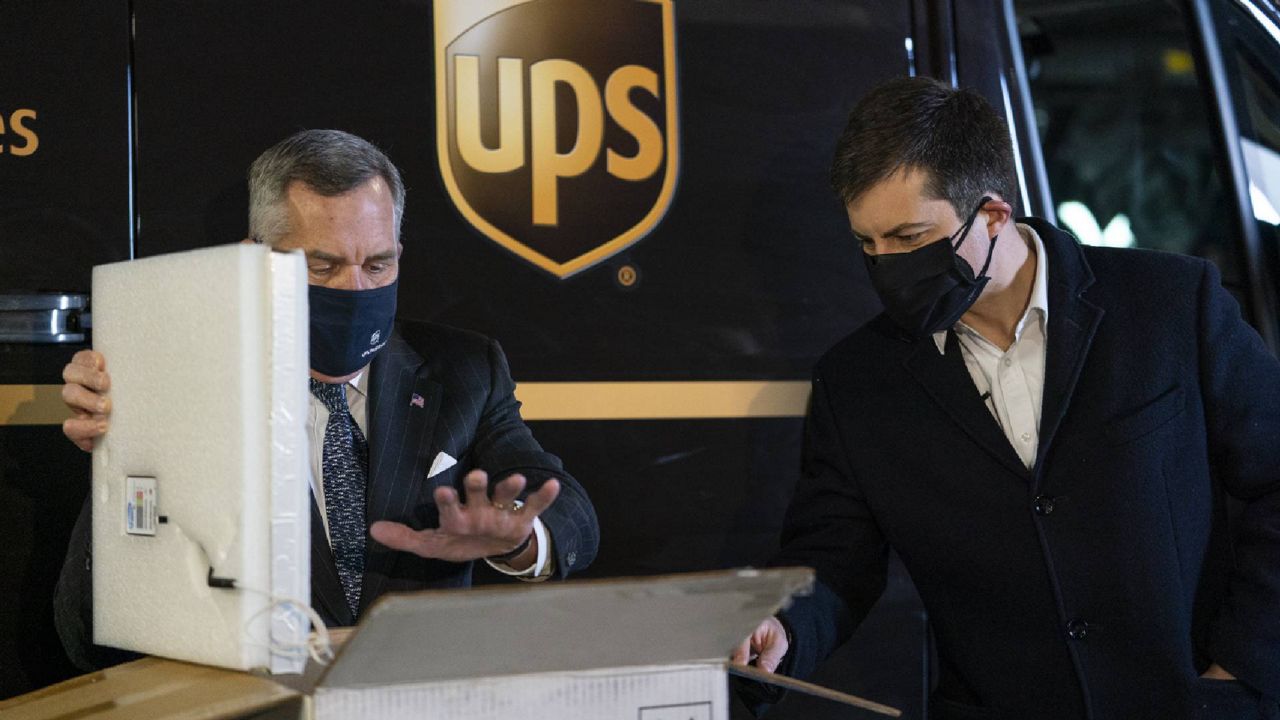 Under Operation Warp Speed — the name for the Trump administration’s effort to develop and distribute a COVID-19 vaccine — a network of shipping, supplies and storage had been set up in anticipation of the vaccines’ approval at the end of 2020.

The assembly of tens of millions of vaccine kits had begun in October. Special refrigerator units had been made to store the Pfizer vaccine, which requires temperatures below zero. UPS was prepared to churn out 60,000 pounds of dry ice per day.

But all of it was downplayed once President Joe Biden took office, when officials began relaying the message that the new administration was starting from square one, even though the distribution plan largely remained the same.

“They have not changed Operation Warp Speed in any meaningful way,” said Brian Harrison, the chief of staff for the Department of Health and Human Services under President Trump.

Where the Biden administration has made advances is in what's known as the “last mile” of the vaccination rollout: They’ve boosted the number of shots in arms, started delivering vaccines directly to pharmacies and mass vaccination sites run by the federal government, and they’ve increased coordination with states and localities — a group the Trump administration left to curate their own vaccine rollouts.

Still, it was clear that the Trump administration had prepared for vaccine distribution months in advance, despite Biden officials’ message that there was “no plan” in place.

“There was no national strategy or plan for vaccinations,” Vice President Kamala Harris said in an interview with Axios last month. “In many ways, we're starting from scratch on something that's been raging for almost an entire year.”

In reality, the inception of Operation Warp Speed — which was a partnership between HHS, the Department of Defense and private companies — can be traced to a meeting at the Pentagon as early as May 1, 2020. 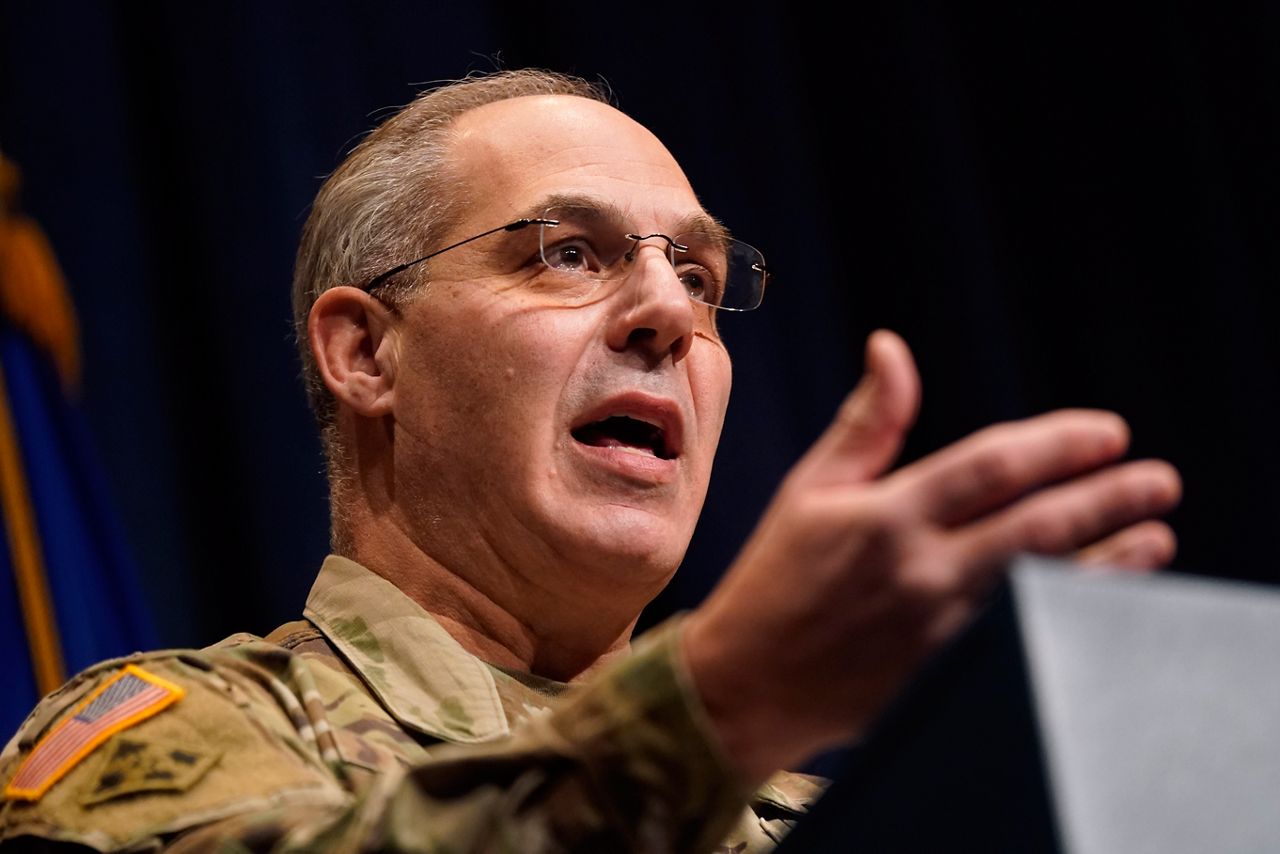 “We approached this mission with the urgency, resolve and steadfast determination our nation deserves,” the general said on Feb. 25. “We gave it everything every day.”

The new administration and President Biden himself have credited the previous administration for its role in the speedy development of the vaccine by scientists across the world, which was completed in less than a year — an unprecedented timeline.

“The progress that was made — and we’ve said this publicly — that was made on these vaccines was a herculean, incredible effort by science and by medical experts,” White House Press Secretary Jen Psaki said in a briefing on March 12. “And certainly, we have applauded that in the past, and we are happy to applaud that again.”

General Perna also acknowledged that the Trump administration’s effort relied heavily on vaccine science that was decades in the making.

“Clearly, we could not have done what we’ve done so far if we did not have the backbone that was already established and the work of our great scientists,” he told the Senate panel last month.

Under President Trump, the U.S. then secured contracts last summer that would guarantee more than one billion doses of vaccine between Pfizer-BioNTech and Moderna alone. The administration initially purchased 100 million doses from each company, with the option for many more.

Sharon Castillo, a spokesperson for Pfizer, told Spectrum News that the company has been operating at maximum capacity since last year, regardless of how much the U.S. planned to order.

“It’s literally 24/7,” she said. “There’s no holidays and no vacations. They’re working around the clock.”

“The sooner [the U.S.] acts on that option [to buy more], the sooner they can be delivered,” Castillo added.

When President Trump left office, the U.S. had purchased 200 million doses of both the Pfizer and Moderna vaccines. In February, President Biden announced the purchase of another 100 million of each.

“All they're doing is exercising the options that we in the Trump administration negotiated,” said Harrison, the former HHS chief of staff.

A spokesperson for the current Department of Health and Human Services pointed out that the Biden administration has made supplies — like filling pumps and a vaccine ingredient called lipid nanoparticles — more accessible to manufacturers.

Biden’s administration also stepped in to speed up production of the Johnson & Johnson shot, including direct support from the Department of Defense to ramp up manufacturing to 24 hours a day. They then bought another 100 million doses of the single-dose J&J shot, as guaranteed by an August contract.

The Johnson & Johnson push is what clinched President Biden’s new goal of getting “closer to normal” by July 4.

“Now, because of all the work we’ve done, we’ll have enough vaccine supply for all adults in America by the end of May,” Biden said in his first primetime address last week. “All adult Americans will be eligible to get a vaccine no later than May 1.”

“It's just that last mile of turning a vaccine into a vaccination where faltering was happening, because the states were not adequately supported,” said Dr. Amesh Adalja, a senior scholar at the Johns Hopkins Center for Health Security and infectious disease expert.

Under President Trump, states, tribes and territories were left to coordinate their own vaccine rollout, which led to a slow start. General Perna said that states had been developing their plans for months prior, but when the first round of vaccines were sent out, the lack of preparation among localities was clear.

Since then, the Biden administration bolstered contact between states and the federal government, though each individual rollout is coordinated by local officials.

Plus, the U.S. has now launched or planned for eighteen mass vaccination sites around the country operated by the Federal Emergency Management Agency (FEMA). The government is also sending millions of doses directly to pharmacies and community health centers each week, and more members of the military have begun assisting with the rollout. 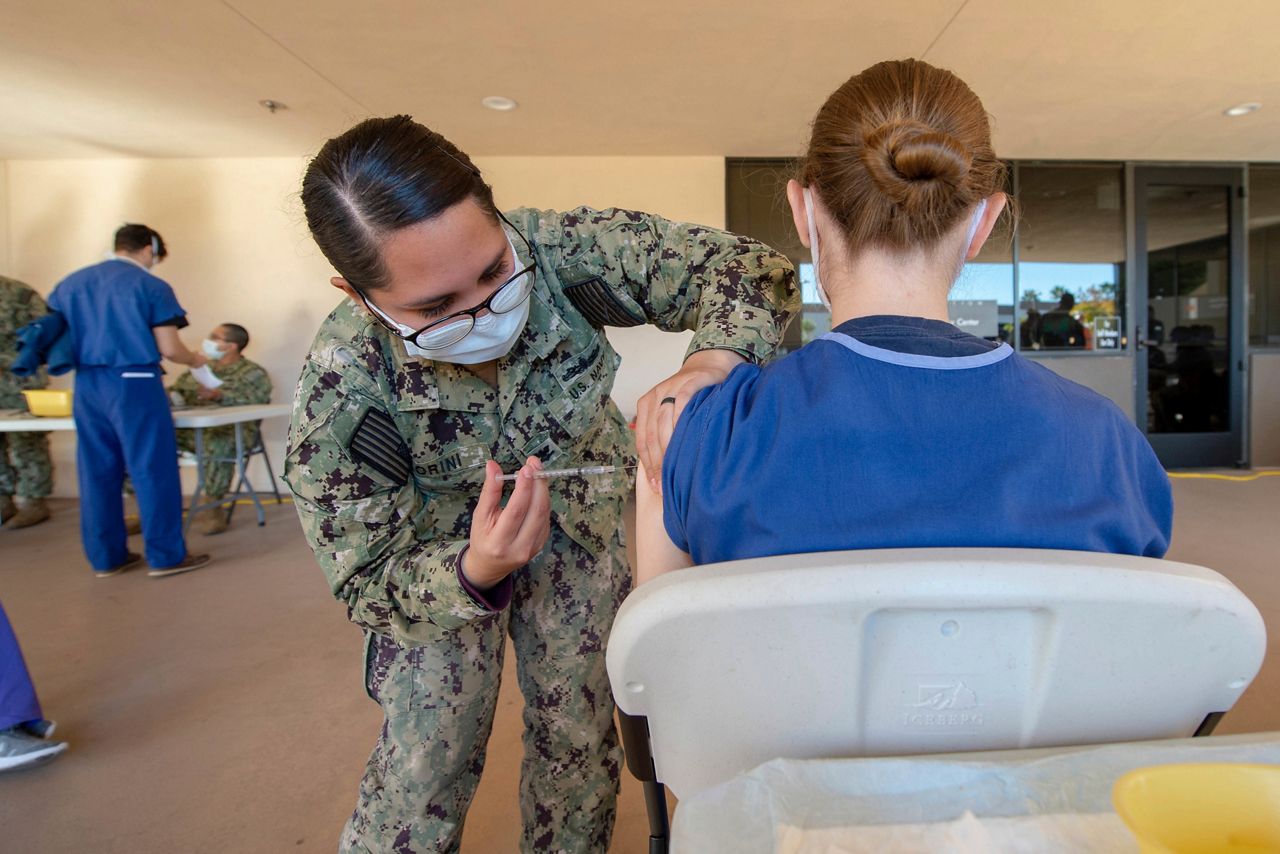 The U.S. is now vaccinating an average of 2.5 million people per day as of Friday, up from 900,000 when President Trump left office.

Former Trump officials said upgrades were always in the works.

“Things were always going to improve,” Harrison said. “That was also part of the plan.”

“Both administrations have been very collaborative, and it's been a true partnership,” Castillo, the Pfizer spokesperson, told Spectrum News.

The new name for Operation Warp Speed is the “COVID-19 Vaccine and Therapeutics operation,” according to a DOD spokesperson.

In an interview with Science Magazine in January, Dr. Moncef Slaoui, who oversaw the development of the vaccine, lamented the name change.

“I asked myself, why? What’s the added value? This is probably why I’m not a politician,” Slaoui said.

“It just escapes rationality and understanding. Because in a way, everybody that works under Operation Warp Speed feels like, ‘What did we do wrong?’”