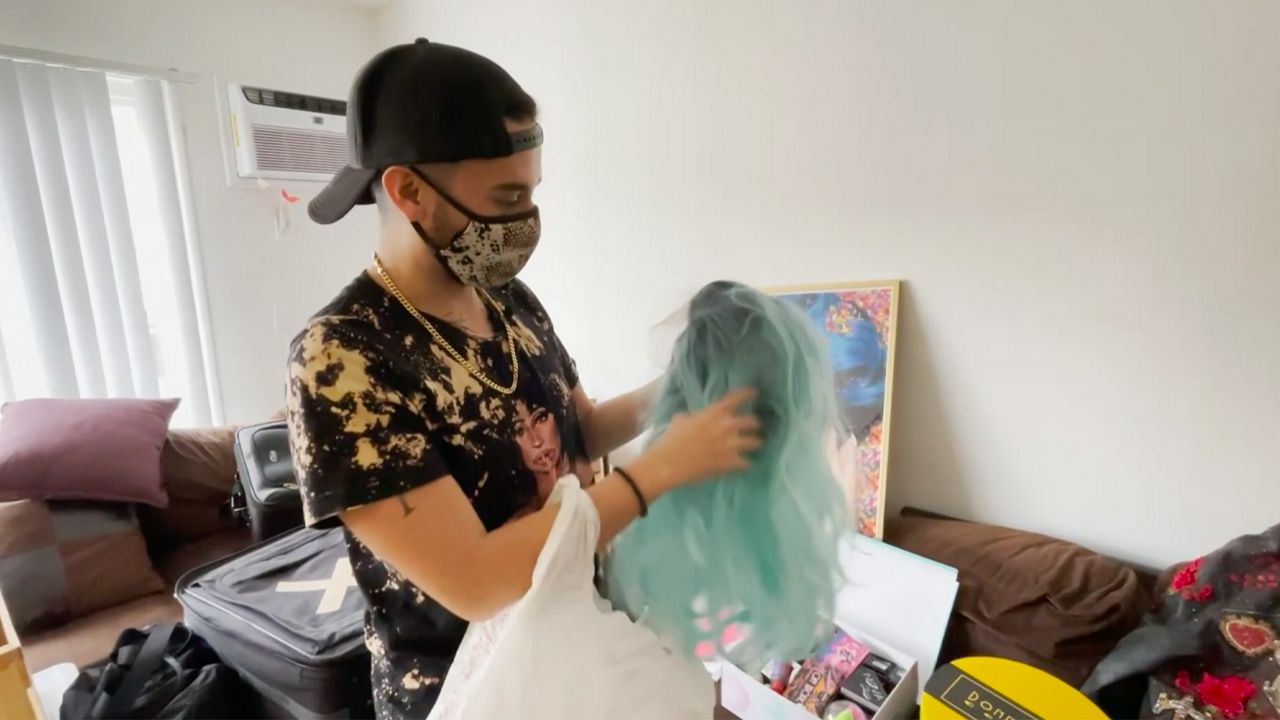 WEST HOLLYWOOD, Calif. — For the past 10 months, Joel Tinjaca has been hoping to avoid packing up his life, but now he’s forced to leave the only place he’s ever felt at home.

A year ago, Tinjaca was living his dream as a drag performer in West Hollywood, known to his fans as “Carti G” — an alter ego inspired by his favorite rapper.

Growing up in rural Georgia, he was kicked out of his home for being gay. He moved to Los Angeles looking for acceptance. He found it in West Hollywood, a city where 40% of the population is LGBTQ.

“You always heard of it in movies and TV and it was always gay, gay, gay,” he said. When he finally arrived, he said, “It was like you had this big backpack and someone just said, 'I got it.'”

But then, the pandemic hit and Tinjaca was out of a job. A year later, he’s run out of money and hope. After couch surfing for months, he’s going back to Georgia, moving everything he owns into storage.

“I’m a little heartbroken. It feels like I’m breaking up with my dreams,” he said.

He’s not the only one. Of his 10 closest friends, six have left the city in the past few weeks.

“West Hollywood is a sanctuary,” he said. “Where are future little baby gays going to go?”

As Southern California continues to reel amid the pandemic, West Hollywood, has been hit particularly hard. Many of its famed bars and clubs have shut down. Others are hanging on by a thread.

It’s hard to say exactly howe many people have left West Hollywood since the pandemic began. But according to Zillow, a real estate data company, incentives and promotions have doubled in L.A in 2020. In West Hollywood that number has quadrupled — suggesting there are more vacancies in West Hollywood compared to the rest of the city.

“It’s bad,” said former West Hollywood mayor and current councilmember John D’Amico. “I walk around and I see lots of for rent signs.”

D’Amico said the city is already planning ahead, creating more outdoor spaces and helping residents and business with back rent.

“I do think that out of this incredible crisis a West Hollywood will emerge that is different but is still committed to its nightlife.”

That may be too late for Tinjaca, who is leaving until he can figure out his future. He said he hoped to return, though he does not know when.

“It’s the only thing that keeps you going,” he said. “You can lock up the wigs but you can’t lock up the dreams.”