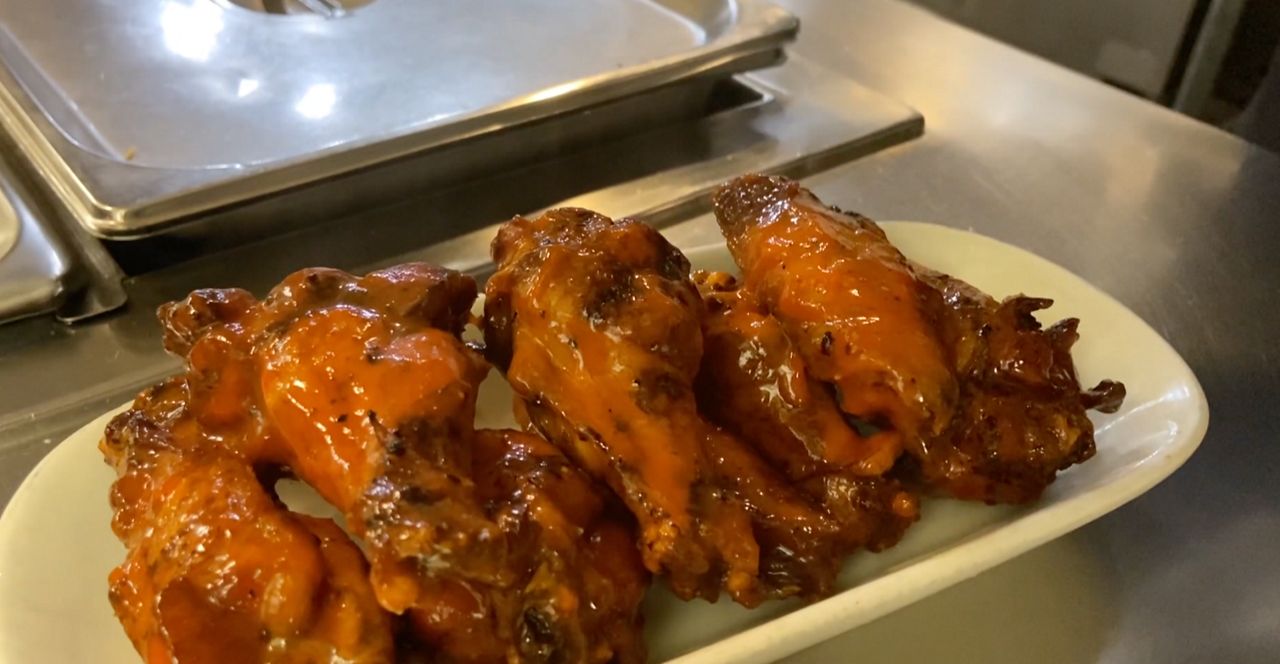 LOS ANGELES — Super Bowl LV will look a lot different this weekend. But according to a survey, more than 186 million Americans still plan on tuning into the game. While it is not safe to throw a big party to celebrate, we can still grub on our favorite Super Bowl eats.

According to WalletHub, 1.4 billion chicken wings and 10 million pounds of ribs will be consumed this year. Founder of Holy Cow BBQ Rob Serritella says Super Bowl and eating go hand in hand.

“It’s just become part of your Super Bowl. Your wings, your chips, your dips, your drinks. It all plays an important part,” Serritella said.

According to the National Retail Federation, food and drinks will be the most popular purchases this year for those celebrating. The Super Bowl is the busiest day for Holy Cow BBQ.

“As much barbecue as we can produce. We usually sell out. Big orders. Racks of ribs. Whole briskets. Lots of big, big parties,” Serritella said.

But this year, while the food is still important, the CDC recommends only gathering with your household. So, Serritella and his team had to develop a new game plan to cater to about four to five people. They even changed their menu to add six-person party packs of sliders and make-your-own Frito pies.

“We think people are going to be more cautious and safer. That’s what we are planning for,” Serritella said.

But he said most people usually stay at home for the big game anyway, which will help stop the spread of COVID-19. According to the NRF, just 28% say they will be throwing or attending a party, which is the lowest in the survey’s history. But 86% of those watching are still planning on making purchases to mark the occasion. Serritella hopes viewers will still order takeout because food makes everyone happy.

“During this lockdown season, we lost some of those events, and I think [the] Super Bowl is what we are going to look forward to as an event, even if it’s only three or four people,” Serritella said.