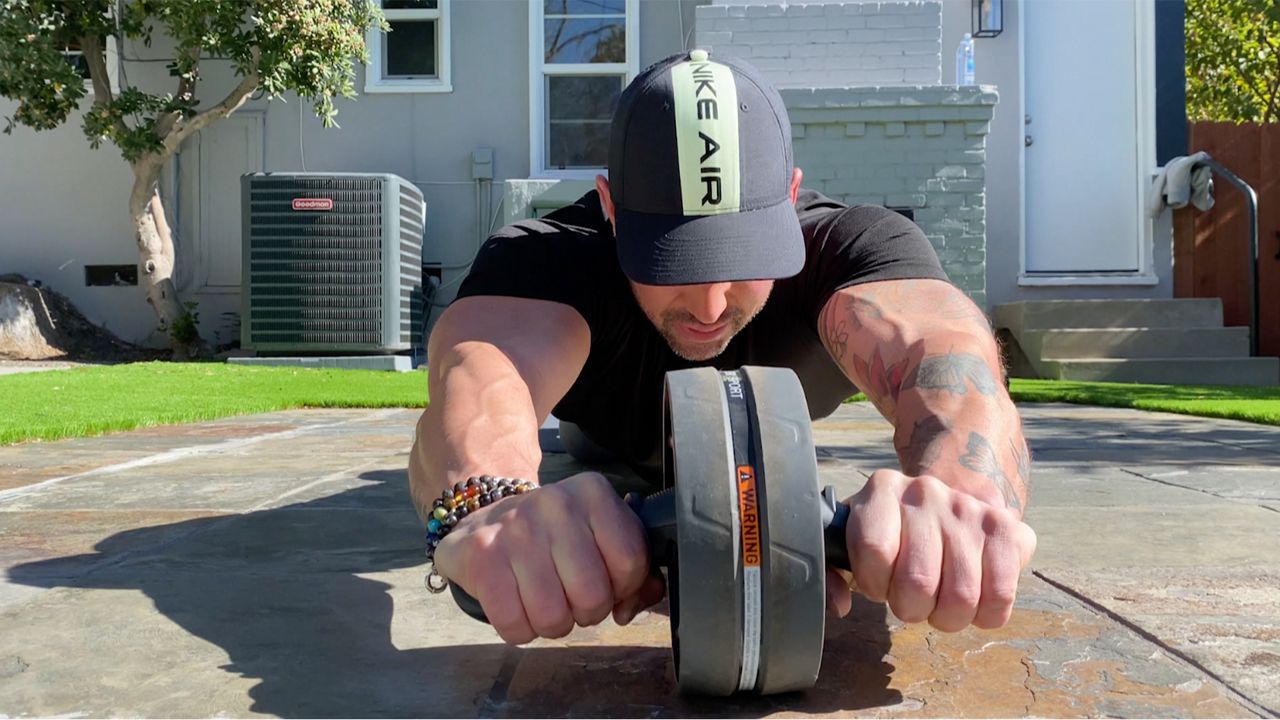 MARINA DEL REY, Calif. — Exercise, yoga, and meditation are the tools personal trainer Dominic Kennedy uses to stay fit both on the inside and out.

"It's all about centering yourself and really being the best version of yourself," Kennedy said.

Before the pandemic, Kennedy worked privately with clients at their homes or the gym.

But after the first shutdown, he moved them to Zoom for their sessions, and it turned out it's like he's right there with them.

"It's social if they're working at home, which a lot of people are doing right now, and they're not that active. It gets them away from their desk," Kennedy said.

The pandemic changed the fitness industry, with virtual becoming the new normal.

A MindBody survey showed in 2019, only 7% of consumers used live-streamed workouts, but during the COVID-19 pandemic, it increased to over 80%.

And Kennedy's business thrived, he said, he even created an app called the Dominic Effect to reach a larger population.

"There's no better time to be able to really help as many people as I can help globally," Kennedy said.

Like a "whole food plate" - consisting of protein, complex carbs, and healthy fat.

"I can have them do the physical side, and I can have them do cardio, but if they go after the workout and eat something very unhealthy, processed - not a "whole food plate." Most likely, they're not going to get the results they want," Kennedy said.

The rise of fitness apps grew during the COVID-19 pandemic, shifting consumer habits.

And while their lifestyles adjusted, Kennedy said he believes online fitness is here to stay, and the industry's future will hold a hybrid of virtual and in-person workouts.

"I see that people see the convenience of it, and if they continue to work from home, everything is right there," Kennedy said.

Nearly a year later, whether through his app or Zoom, he's continuing to help others with their physical and mental health.