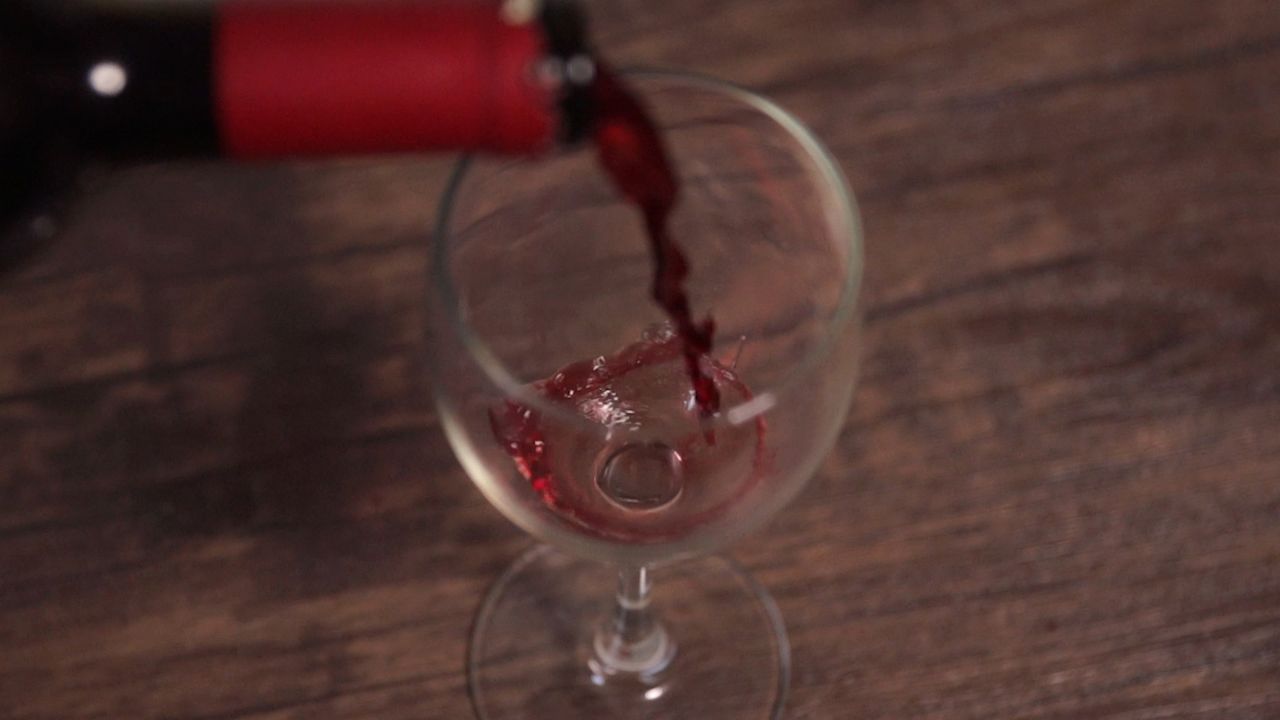 COVID-19 and Alcoholism: The Gray Zone

In The Rooms is an online sobriety community. Picture Alcoholics and Narcotics Anonymous meets Facebook and Zoom. Since the start of the COVID-19 pandemic, they have seen a huge spike in membership.

“Our normal rate of growth was about four to 5,000 new members a month,” said Ron Tannebaum, Co-Founder, In The Rooms. “It was almost fifty thousand in March.”

“It's a stressful time for people anyway and for somebody that's trying to get over an addiction issue, it's devastating,” said Ken Pomerance, the online community’s other co-founder.

Then there are those who started drinking because of the pandemic, who are in a so-called “gray zone.” The moniker suggests that some have started to drink excessively, but are not in the throes of a full-blown addiction to alcohol.

Brandi Wiatrak says before the shutdown, she really only drank occasionally, like during dinner dates with friends. “It started originally as like a social thing, like, great, I can still connect with my friends, we're going to go on video, we're going to drink together. It's going to be just like we were out and about.”

Wiatrak says drinking became a welcome distraction from the stress of being stuck in a house, juggling her freelance marketing career, her parenting website The Cultured Baby, hosting her Mom After Hours podcast, attending to her kids’ educational needs and the threat of her husband being out of work.

“And then I wasn't going to the zoom happy hour calls, but I was still drinking. I was still drinking that same amount,” said Wiatrak. “That first week and a half, I would say I averaged at least one or two Zoom Happy hour call invites. And I was getting tagged on Facebook about shots; like you take a shot, tag a friend and then keep the shots going.”

In January, a report from the NIH’s National Institute on Alcohol Abuse and Alcoholism (NIAAA) revealed a sobering trend; the number of recorded deaths due to alcohol had more than doubled in less than two decades.

Dr. George Koob, oversees the institute and says there is growing concern the COVID-19 pandemic may have made a bad problem – worse. “Perhaps some were starting to use alcohol to cope. What we're worried about is that this social isolation is going to speed up the conversion to an alcohol use disorder.”

To highlight the gravity of the problem, Koob points to emerging research that shows there is  greater risk of COVID-19-related complications like acute respiratory distress syndrome. “There's a higher likelihood of this syndrome if you're misusing alcohol. And we know that this virus affects the lungs. So there is a potential interaction with drinking excessively and vulnerability to the real bad things that the virus does to your body.”

The NIAAA’s report also found that women formed the fastest growing group of those struggling with alcohol use disorder. A group that Koob says, are also more vulnerable to its effects.

“[Women are] smaller, they have different body water distribution. So, if you drink the same amount as a man, you're going to have a higher blood alcohol level,” said Koob. “Secondly, there's what's called telescoping with some of these disorders like liver disease and other illnesses associated with alcohol — there's a faster onset of the pathology in women who drink excessively.”

When asked about those findings, Wiatrak, said anecdotally, it does feel like drinking is strongly encouraged among women. “That's how I felt the moment I became a mother. I was constantly told on social media and [advertised] on t-shirts and all these different places that mommy needs wine.”

Wiatrak says after just a couple weeks of daily drinking, she noticed differences in her behavior she didn’t like. “I would always get what I call wine-grains. I had a short temper. It scared me a little bit because that's not my nature. I'm always joking around and my daughter makes me very happy. And I love playing with her every day. But when I was drinking that first week,” said Wiatrak, “I wanted to stay in bed. I didn't want to parent.” 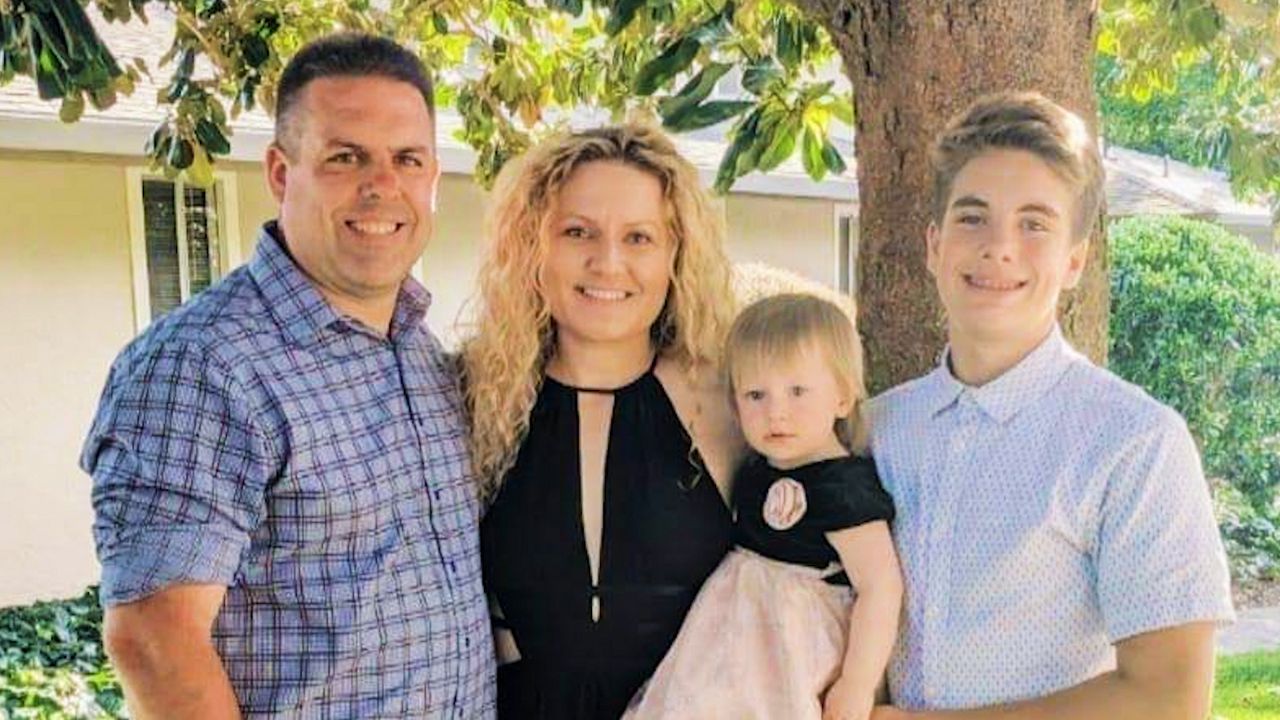 She says she knew she had to stop drinking.

“I didn't want to teach my kids that drinking is how you cope when things go wrong or when things frustrate you. So I decided to take a detox during the quarantine to prove to myself that I did have the self-control.”

So she found other ways to treat her pandemic-induced anxiety. “I started working out more. I started meditating a lot more, and I'll say the next day I was feeling pretty happy.”

HOW DO YOU KNOW YOU HAVE A PROBLEM?

Wiatrak says her husband supported her desire to stop drinking. But putting the bottle down may be harder for those living alone or without a strong support system, especially during the pandemic.

Pomerance said there are clear signs to watch for; “the number one way to tell if you really need to get help is if one of your friends comes to you. You have somebody that says, hey, you're getting a little carried away. That’s bad, because it's not an easy thing for somebody to do.”

Tannenbaum says another sign there may be a problem is when it gets harder to function each day. “You can't do things that you used to do. You're too impaired. You don't pick up the phone because you're slurring your speech.”

Koob suggests taking stock of why you might be reaching for that drink, such as acknowledging that it’s been a year of unprecedented turmoil for most.

“The real danger has to do with when you start to self-regulate mood states by drinking,” said Koob. “Alcohol is a great emotional pain reliever. But the bad news is that that only works for a few hours. And when it wears off, all those demons come back and they're worse.”

The In The Rooms founders agree, with Tannebaum highlighting the most important thing in recovery; support. “It’s to be able to have people you can tell exactly how you're feeling and they understand.”