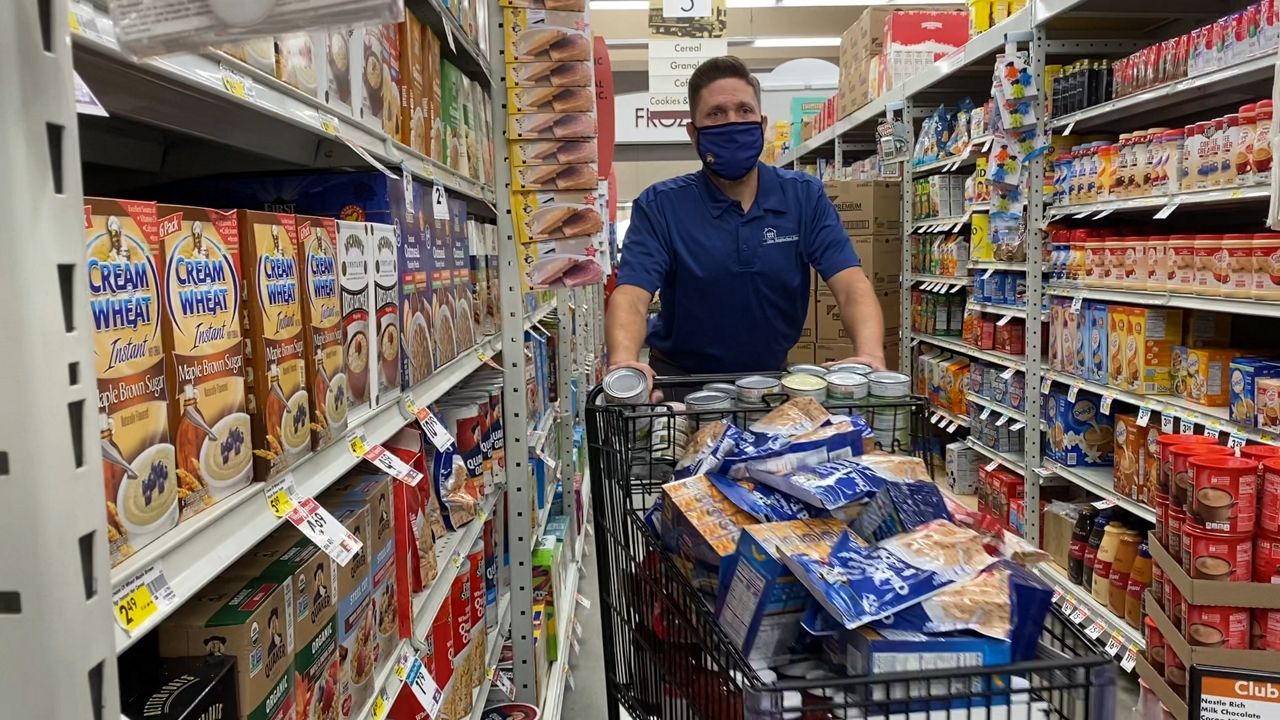 Nonprofit Partners With Community to Buy Groceries for Chino Families

CHINO, Calif. — The Inland Empire is home to 11% of California’s population and food banks say there is more need in this area than many people recognize.

The Chino Neighborhood House works tirelessly to provide groceries and other donations to those who can't otherwise afford them, not just during the holidays, but year-round.

You’d think after one major trip to the grocery store, Kevin Cisneroz would be done shopping. But two baskets later, the president of the Chino Neighborhood House is just getting started.

This is how he spends his lunch break. Instead of eating, Cisneroz buys food for his community.

His day job is in escrow, but when he’s not helping families find their dream homes, he’s making sure they have food in their bellies.

The groceries provided by the nonprofit feed 1,200 children, parents, and seniors every month.

Unlike most non-profits these days, Cisneroz is one of about 12 volunteers that run the Chino Neighborhood House who don’t pocket a penny of the donations or grants they receive.

"Every time I reached into my pantry or refrigerator and saw all the groceries there, for me to think that other people maybe didn’t have the same opportunity was a realization and made me want to get involved," he explained.

He says there’s a substantial need in the Chino, Chino Hills, and Ontario area, one that often goes unnoticed.

Food banks report a staggering 800,000 people live below the poverty line in the Inland Empire. More than half are food insecure, hitting Hispanic residents harder in the I.E. compared to the U.S, according to statistics from Feeding America Riverside|San Bernardino.

The Chino Neighborhood House also provides as many clothes, backpacks, and groceries as it can afford to anyone who qualifies.

Cisneroz says it's a huge community effort, from the landlord’s inexpensive rent to house the goods, to almost all of their donations coming in from local businesses and residents, like Larry Mcintosh.

“I just try to help out and sort of do what I think is right," Mcintosh explained.

He donates boxes of food and water regularly, noting the importance of paying it forward. Mcintosh grew up in poverty, too, but as a kid, his parents protected him from their struggle.


"So therefore we didn’t have to carry that burden of 'gee, I’m poor.' It’s a psychological barrier that we impose on ourselves or others impose on us," Mcintosh said. "So it’s that whole thing - the power of suggestion or the way that you see things. It’s perception. Your perception becomes your reality. So I want my reality to be something different, something positive, something enlightening.”

He’s hoping to spread that positivity, now more than ever. In a year of division and hardship, Mcintosh says the best way to get will always be to give.

"If you do good, good will track you down and say you deserve this. But if you do bad, guess what, same thing," he said.

Staying on the good side of karma, Kevin Cisneroz says he’s just happy to help facilitate and fill a family’s void.

"It’s just a beautiful thing. It’s a great thing to be a part of," said Cisneroz.