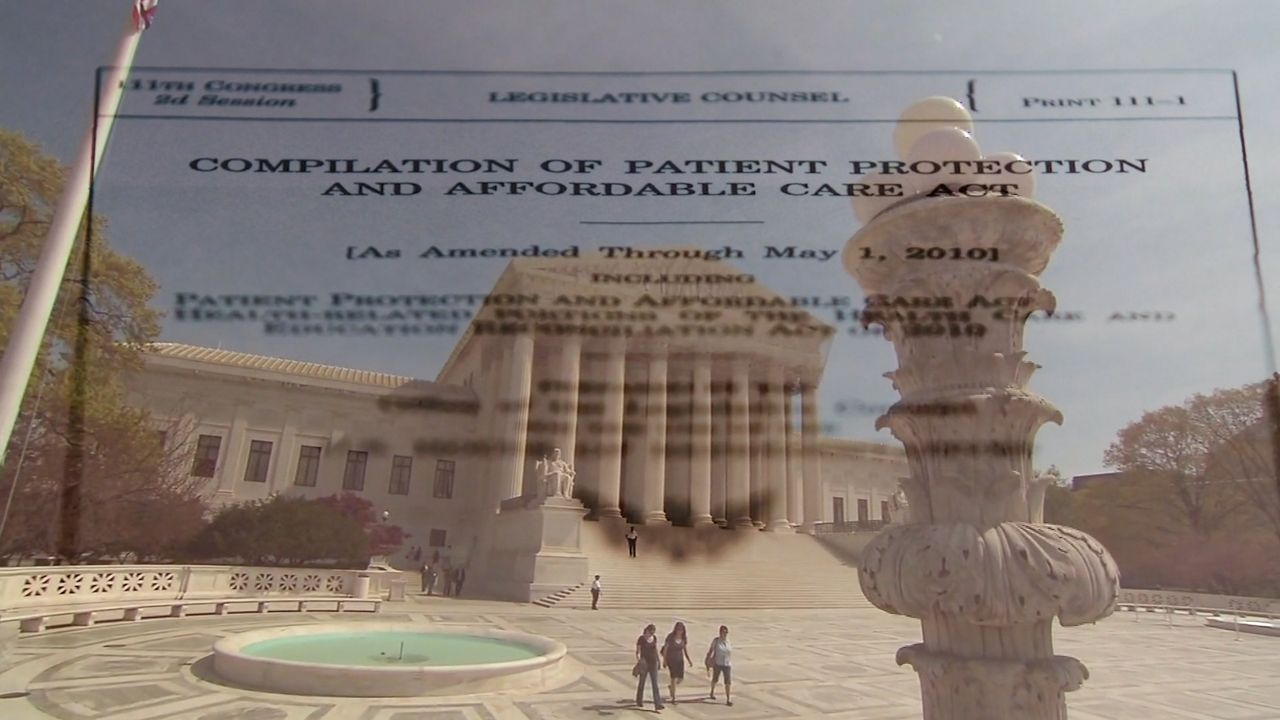 Analysis: What’s at Stake in the Latest Challenge to the Affordable Care Act?

This story is the first installment of our two part series, The Affordable Care Act: Patients and Politics. In Part One, Chief National Political Reporter Josh Robin explains the politics of the ACA and the legal challenges before the Supreme Court.

In Part Two, National Health Reporter Erin Billups explores how the Court’s decision could force a whole new subset of COVID-19 survivors to choose between treatment or bankruptcy.

Days after President Donald Trump was found to have lost his bid for re-election, the staying power of his legacy will be put to the test on Tuesday, with consequences for tens of millions of Americans in the balance.

The Affordable Care Act, commonly known as Obamacare, which Trump has long promised to strike down, faces its latest challenge before the U.S. Supreme Court – this time with three of the President’s appointees among the nine justices on the nation’s highest bench.

The challenge is the latest in the more than 10 years since President Obama signed the measure into law, greatly expanding healthcare and medical protections – and ushering in a historic wave of opposition from Republicans.

“It was immediately subject to legal challenges,” said Gillian Metzger, a constitutional law professor at Columbia Law School. "It's actually a statute that has been subject to a remarkable number of legal challenges throughout its entire lifetime.”

The issue in Tuesday’s case is again perhaps the most controversial aspect of the law – the so-called “individual mandate” – “the worst part of Obamacare,” in Trump’s words.

Originally considered a conservative idea, it is a rule encouraging Americans to either get health insurance or pay a fee filed with their federal tax returns. It was meant to incentivize people to get insurance.

“It was felt that this would help make sure that there were enough healthy people in insurance markets to keep the markets sustainable and to keep premiums down,” Dr. Benjamin Sommers, a healthcare economics professor at the Harvard T.H. Chan School of Public Health, told Spectrum News.

Lawsuits have argued Congress did not have the power to enforce a penalty. It reached the Supreme Court in 2012, but in a 5-4 ruling, the Court upheld the individual mandate in a decision written by Chief Justice John Roberts.

Meanwhile, on Capitol Hill, Republicans slowly gained control of both houses of Congress, even as the Democrat Obama held the White House, minimizing chances his signature domestic achievement would be scrapped.

An opportunity for repeal emerged in 2016, with Trump's election.

In 2017, a bill aimed at striking down key provisions of the Act passed the House. But the repeal attempt came to a dramatic end in the Senate—a thumbs down from the late Sen. John McCain (R-AZ).

A few months after the vote, the GOP refocused on the individual mandate, with a novel strategy. In late 2017, Congress set the penalty for failing to sign up for health insurance to $0.

At issue: Can the law survive Constitutional muster with a $0 fee? In other words, if the individual mandate is not a tax power, Congress wouldn’t have the authority to mandate that Americans buy insurance.

“if the tax that would be attached to the individual mandate is now zero, then it won't raise any revenue. And therefore, on this argument, it is no longer within the bounds of the tax power,“ Metzger said.

Justices will once again deliberate the constitutionality of the individual mandate, only this time there are three Trump appointees: Neil Gorsuch, Brett Kavanaugh and Amy Coney Barrett, who is just beginning and wrote critically of the 2012 decision in an academic paper.

At her recent confirmation hearings she said this: “I certainly have no agenda. I’m not on a mission. I am not hostile towards the ACA at all. If I were on the court and if a case involving the ACA came before me I would approach it with an open mind just as I do with every case.”

If just the mandate is severed, key reforms like barring discrimination against those with pre-existing conditions and extending the age limit for Americans under their parent’s insurance would ultimately remain unchanged.

But if the court finds the individual mandate is not severable, and the whole law is thrown out, there would be far-reaching ramifications for how Americans get their healthcare. A recent report from the Urban Institute concludes: “An additional 21.1 million people will be uninsured, a 69 percent increase nationally.”

Said Sommers: “The biggest impact if the ACA gets overturned is just that 20 million people no longer have the coverage option that they currently use.“