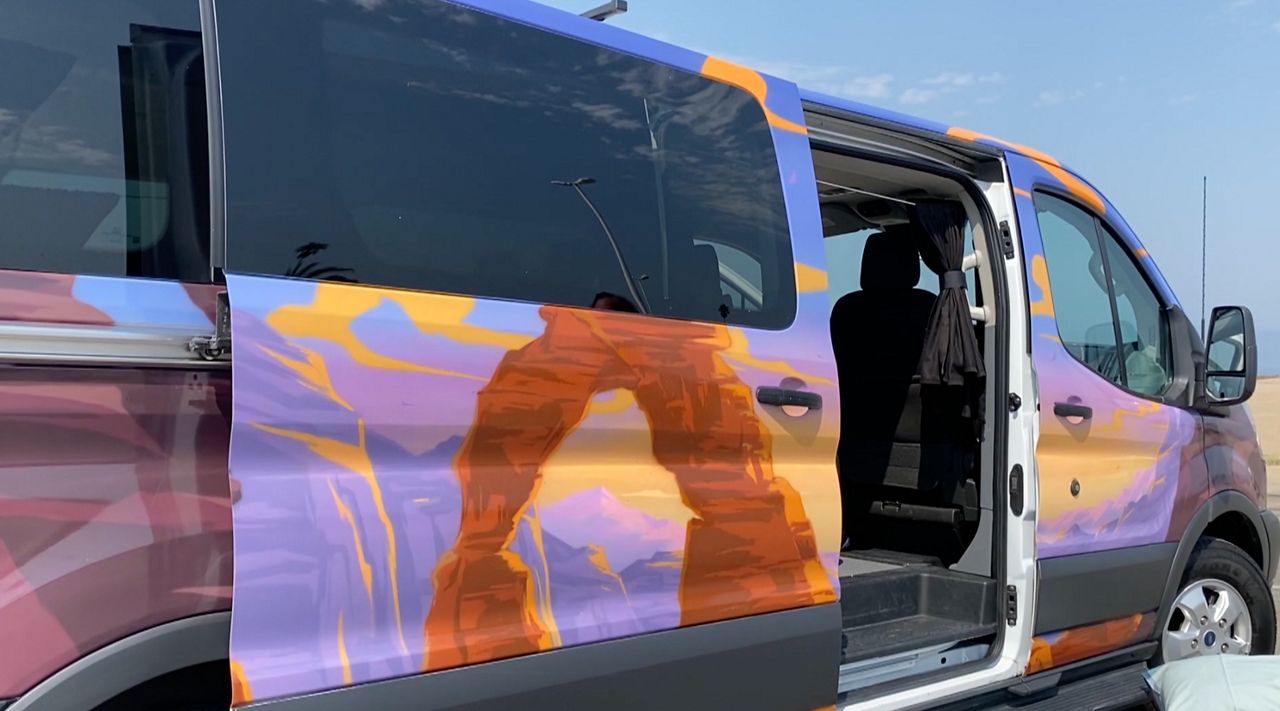 LOS ANGELES — The tourism industry has taken a hard hit during the pandemic due to travel restrictions, with many opting for staycations or camping trips instead. The RV and campervan industry has seen a drastic increase in rentals this summer compared to last, as Americans follow distancing rules.

There are many ways to escape the crowds of the city with ease and some comforts of home. Shawn Donaldson, who has owned many campervans throughout his life, is the operations manager for Escape Campervans in Inglewood.

Donaldson helps design the vans and said he hopes to help others feel the magic of hitting the open road.

“It’s a fun, easy way to travel," Donaldson said, adding Escape Campervans has hubs all around the country for drop-off and pick-up. "You can set your own destination with a campervan and just explore.”

He said one can explore local beaches, campgrounds, lakes, or even look a little further and turn a staycation into a full-on road-trip around the country.

“The old-fashion road trip is back on track and people are not wanting to get on airplanes,” Donaldson said.

As air-travel dropped drastically amid the pandemic, travelers are looking for different ways to get away. According to RVShare, recreational vehicle bookings have nearly tripled since last year. Its study indicates 93% of people who chose this option did so to avoid crowds.

“It’s the best way to social distance," Donaldson said. "You can get in and get away from the general public. In L.A. alone, our July was super busy. We were up 40% from last year.”

Campervan travel can be seen as a version of glamping. It has more amenities than traditional camping but is not as luxurious as using an RV. This is why renter Leonard Miller said he chose a campervan for his recent five-day trip to the lakes in Mammoth with his two daughters.

“You can go to locations where you really feel like you’re getting away versus an RV campground. It worked for me and it was just a great time with the girls,” Miller said.

Miller said it was easier to drive, it can be brought to more places, and it doesn’t need to be plugged in at an RV campsite. It was a perfect way to camp without being in an actual tent, he said.

“There’s no setup like it is with tent camping. You pull in anywhere you can put a tent and open the doors and put out your chairs,” Miller said.

Donaldson said he thinks in a time of social distancing, an RV or campervan is a perfect opportunity to get out and see the country from the ground level.