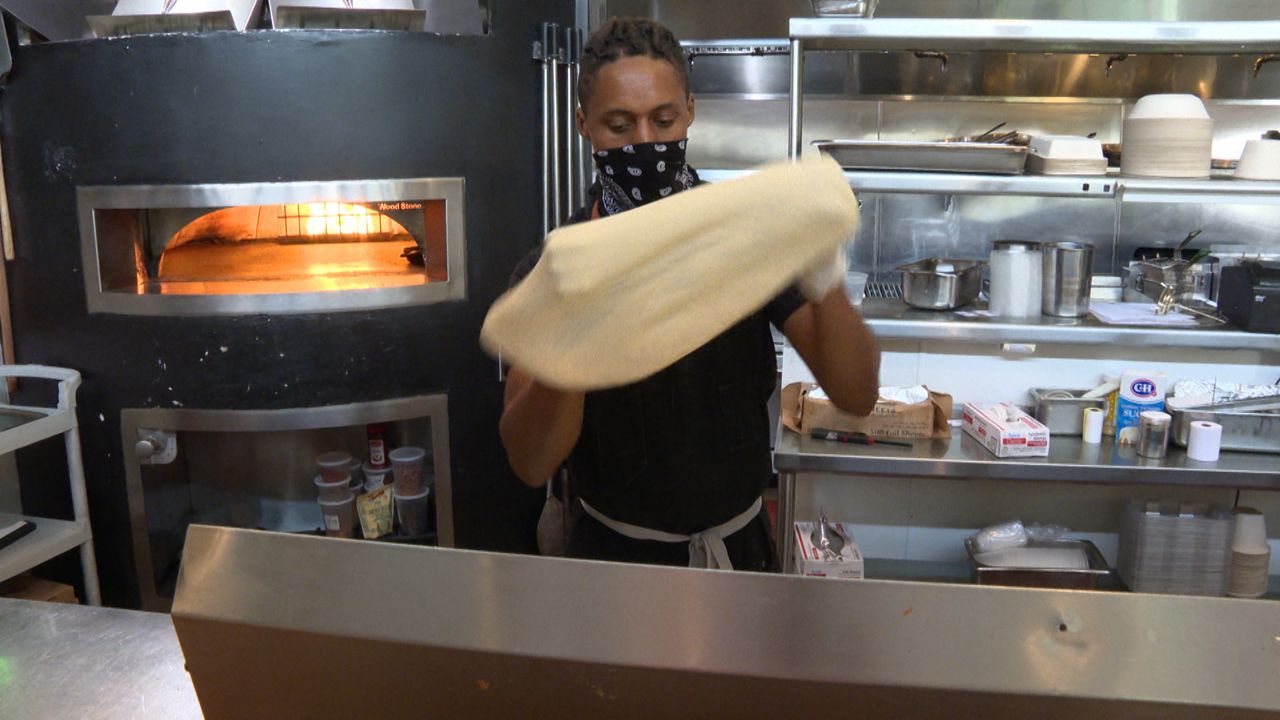 LOS ANGELES — Black Restaurant Week has returned to Los Angeles. The event celebrates African-American, African and Caribbean cuisines by introducing communities to their local Black-owned restaurants, cafes, food trucks and catering businesses. One of the spots celebrating the week is Post & Beam in south L.A.


Post & Beam chef and owner John Cleveland has been cooking his entire life. He grew up with a grandmother who was a chef and a father who catered. And Cleveland fell in love with cooking.

“I love cooking so much. I love the process of preparing food. Taking it from a raw ingredient, putting it on a plate, and watching it transform," Cleveland said.

Cooking became his passion, and he turned into a business. Cleveland has been a chef at Post & Beam for three years. Last year, Cleveland and his wife, Roni, became the owners of the restaurant, which holds special meaning because it is located in the neighborhood where Cleveland’s wife grew up — in south Los Angeles, where Crenshaw, Baldwin Hills, View Park and Leimert Park intersect. The couple were first diners of Post & Beam, and never really left. Cleveland learned under former chef Govind Armstrong and is now leading the restaurant.

“[We] have no intention of leaving. So we plan on cooking for this neighborhood until we die,” said Cleveland.

They are currently cooking for this year’s L.A. Black Restaurant Week, which continues through Sunday, August 16. This is Cleveland’s second year participating in the event, which came to L.A. in 2016. “Black Restaurant Week highlights our heritage in America as African Americans, Caribbean, the diaspora. And I think it’s just significant to the culinary scene.”

Cleveland says this year’s event has added meaning with the Black Lives Matter movement going around the world. “I say all the time that we’re truly blessed. It’s a blessed time to be alive. It’s a blessed time to be a black chef,” said the chef as he kneaded homemade pizza dough. Pizza is one of the items Post & Beam is known for, and one of the items on its prix-fixe menu for this year’s L.A. Black Restaurant Week.


Black Restaurant Week started five years ago in Houston with a mission to feed and fuel what organizers call a cultural famine. Founded by Warren Luckett, Falayn Ferrell and Derek Robinson, the cause has since expanded to several cities. This year, organizers have waived the restaurant registration fee due to the pandemic. They also plan to use their website as a national registry for black-owned culinary businesses.

Cleveland said he’s proud to take part this year. “Any time we get a chance to represent the community we serve, it means a little bit more, you know.”

Other items on the special menu include braised short ribs with a choice of side and lemon pound cake. Cleveland saysevery bite will include the secret ingredient. “What makes our food special, is the soul that we put into it.”

Post and Beam is open Tuesday through Sunday, from 4-8 p.m. You can find a full list of restaurants taking part in L.A. Black Restaurant Week here.