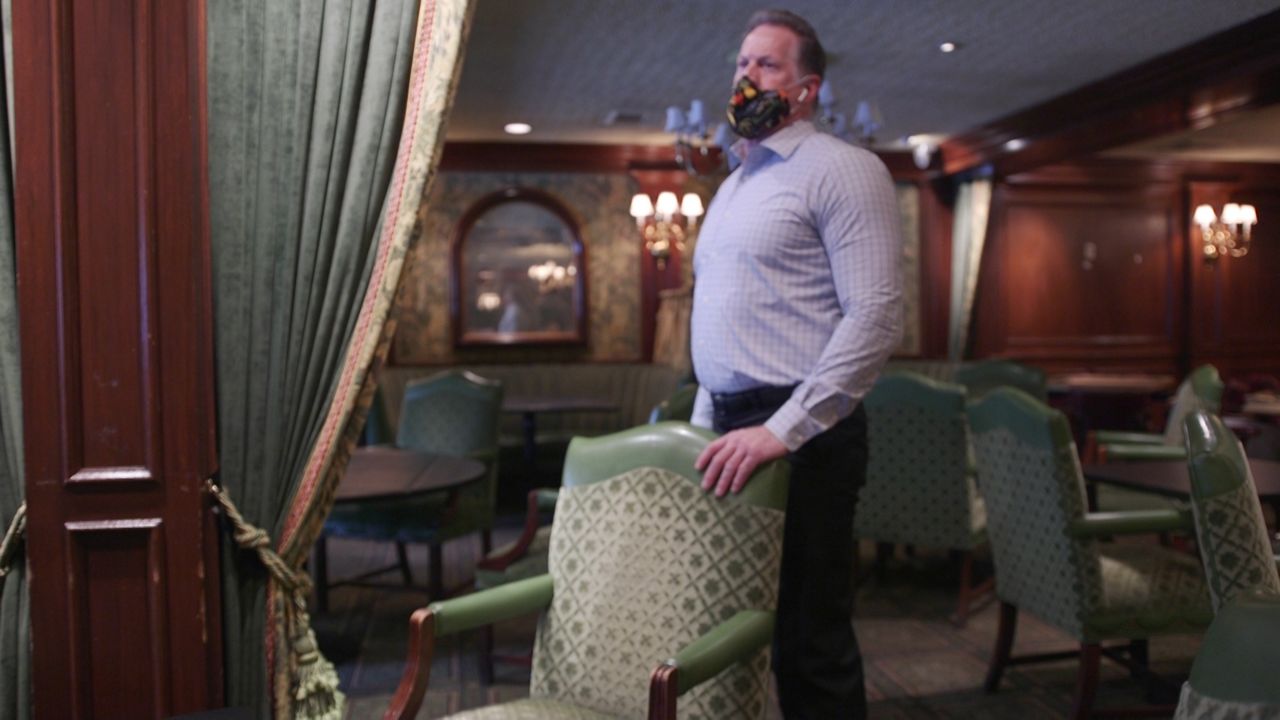 Pacific Dining Car in Santa Monica closes due to COVID-19

SANTA MONICA, Calif. – Founded in 1921, the Pacific Dining Car has been open 24 hours a day for almost a hundred years. Wes Idol III is the fourth generation to run the family restaurant and remembers running through the kitchen back when he was 8 years old.

“You can imagine the memories over the years,” said Idol. “I can recall the chef was yelling at the cooks, ‘When you get off the trucks, don’t drop these sides.’ And they said, ‘We’re not’ and he said ‘Don’t lie to me, I see the bruises.’ And then one day he sees an 8-year-old me in the meat room. I had seen the movie Rocky.”

Originally opened in Downtown L.A., the Pacific Dining Car opened a second location in Santa Monica, but due to COVID-19, they decided it was time to shut the restaurant down. By the time they were allowed to re-open, it was too little too late.

“Thirty years ago, we saw an opportunity to open in Santa Monica and we’ve been so happy to be out here,” said Idol. “We just wanted to reach all the families that have been supporting us for so long.”

Favored by everyone from stockbrokers to celebrities, Idol’s family brought the luxury dining car experience to Downtown and the Westside. Now, everything must go so Idol is offering the public the opportunity to bid on equipment and decor in an online auction.

Designed by interior designer, Tom Hamilton, the Pacific Dining Car exudes luxury without pretension and glitz without the glitter, the perfect late night haunt with class. And though restaurants are allowed to open at 60 percent capacity, the margins are just too slim.

“It is what it is, but all this stuff has to go,” said Idol.

For now, the Pacific Dining Car will still exist in Downtown, but Idol isn’t sure when he’ll reopen. Before he does, he wants to make sure it’s safe for both diners and his employees.

“This idea of really looking out for one another, it’s made us a better restaurant and I’m looking forward to restaurants using this time to develop themselves into a positive future,” said Idol.

Own a Piece of the Pacific Dining Car | Auction Ends June 22 (link in bio) Our Santa Monica location is a casualty of the coronavirus crisis, and the contents of the restaurant are available via our ONLINE AUCTION. Additional memorabilia is available in our shop. We're deeply grateful to our staff and customers for nearly 30 years in business on the Westside. We are working to reopen our downtown Los Angeles location, with consideration to the city mandates, as well as your optimal enjoyment. We'll be sure to update you with any changes in restaurant hours of operation. Sincerely, The Pacific Dining Car Family