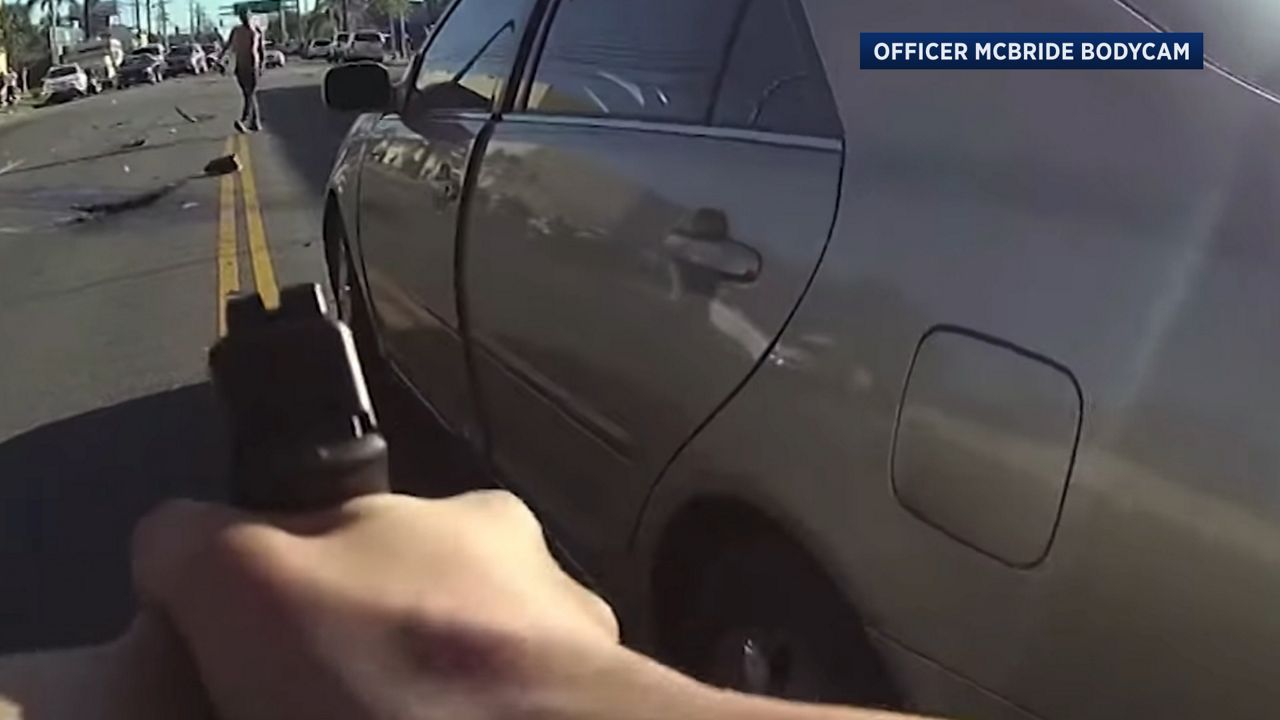 LOS ANGELES — There’s no good way to find out your brother is dead, but watching it stream on Facebook live might be the worst.


“My brother’s death was live streamed on social media. That’s how we found out,” said Marina Hernandez, whose brother, Daniel Hernandez, was shot and killed by an Los Angeles police officer on April 22.

“Our family is traumatized,” Marina said.

The shooting happened after Daniel Hernandez was involved in a five-car crash in Newton. A witness told a 911 operator the man who caused the crash was cutting himself with a knife and likely suicidal.

Bodycam video released by LAPD shows the perspective of Officer Toni McBride. With her gun drawn, she asks her partner for “less than lethal” but you can’t hear a response.

When Daniel Hernandez walks out from behind his totaled truck, Toni McBride tells him to drop the knife. He appears to be at least two car-lengths away when she opens fire and shoots him six times, as dozens watch in the street.

Officers recovered a box cutter in Daniel Hernandez’s hand. The shooting is under investigation by the LAPD.

The Hernandez family has filed a wrongful death lawsuit against the LAPD and is getting emotional support and direction from Black Lives Matter.

The 23-year-old officer is the daughter of Jamie McBride, the director of the Los Angeles Police Protective League, the officer’s union.

The PPL sent this statement:

"Any loss of life in our city is tragic, and we send our condolences to the family of Mr. Hernandez. The LAPD has a national police accountability model and one of the most rigorous investigative processes in the nation. It is our expectation that the Department will conduct a fair and thorough review, as it does in all use of force cases, and that the Civilian Police Commission will make the appropriate findings based on all the facts of the case."

Neither the PPL or the LAPD would say whether Toni McBride is back on patrol.

“My brother was in an accident,” Marina Hernandez said. “Anyone could be in an accident and that’s how he was met? With bullets?”