EAST LOS ANGELES – Cumbia blaring, and streamers flying, a caravan of 12 heavily decorated cars drove through Walnut Park on a recent weekday as part of a campaign to get more Southeast L.A. residents to fill out their U.S. Census forms.

“I’m doing it to animate the people to make the Census,” said Constantino Jimenez, a native of Mexico who has been living in L.A. for 45 years. He had decorated his Lexus with paper flowers, hoping that he, as a local and an immigrant, could convince his neighbors to be counted. “They have to fill it out. They cannot be afraid.”

Southeast L.A. has, historically, been undercounted in the Census – a trend that is continuing this year. About 53 percent of Walnut Park residents have filled out their forms so far, compared with 57.8 percent for L.A. County and 61.7 percent for the U.S. overall.

“Over half the population in L.A. County are considered hard-to-count communities – immigrants, people who speak different languages, renters, homeless,” said Stephania Ramirez, director of strategic initiatives for We Count, the group organizing L.A. County’s Census caravans and other outreach. 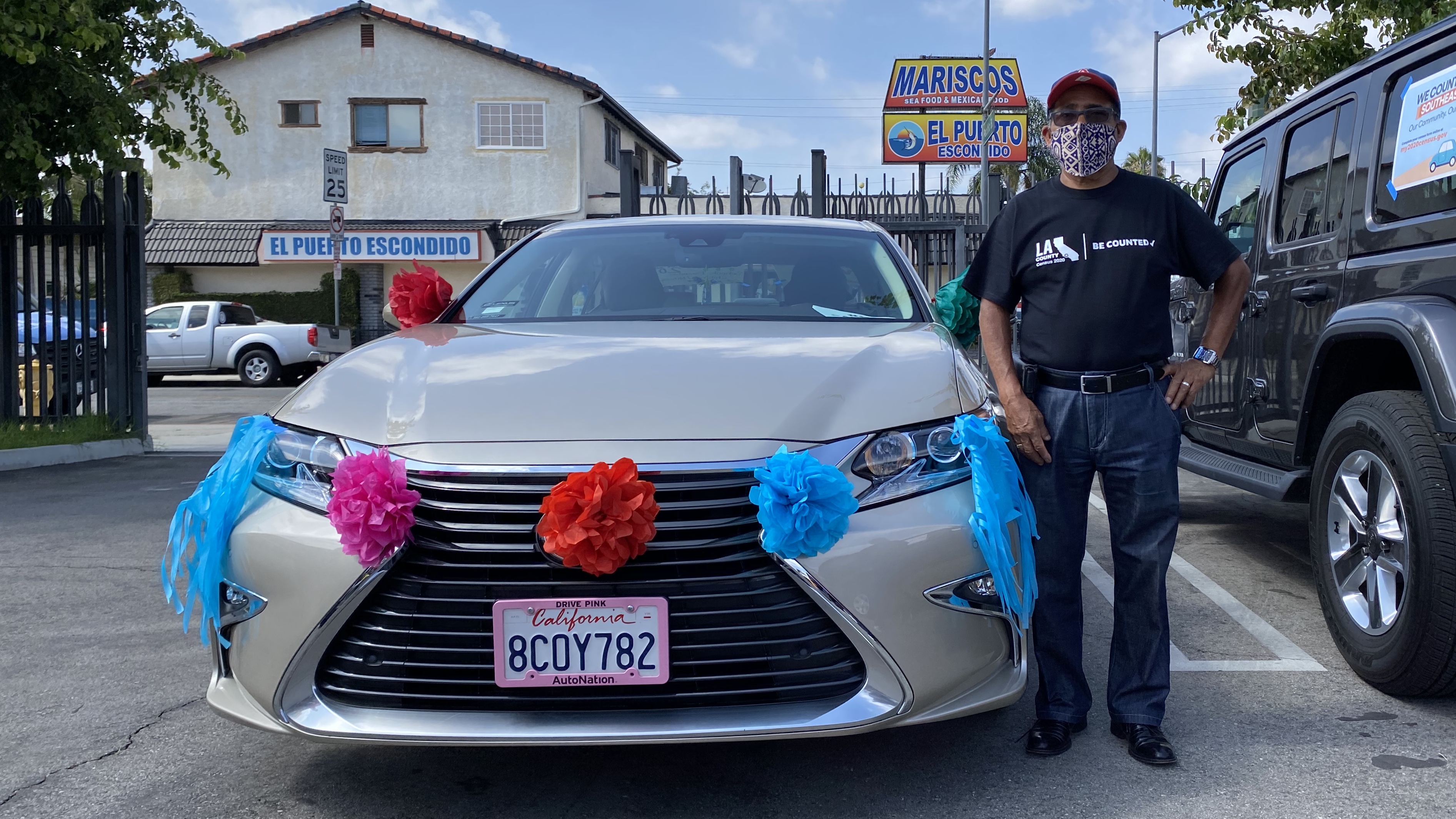 A coalition of more than 100 nonprofits, advocacy groups, community clinics, YMCAs and other organizations that have the trust and knowledge of their communities and are helping to promote the census, We Count’s mission is “to combat that notorious title we carry of being the hardest-to-count county in the nation,” Ramirez said.

“It’s like you planned this big party, and COVID took the air out of it,” Uribe said of the county’s plans to conduct the 2020 Census, which were two years in the making. 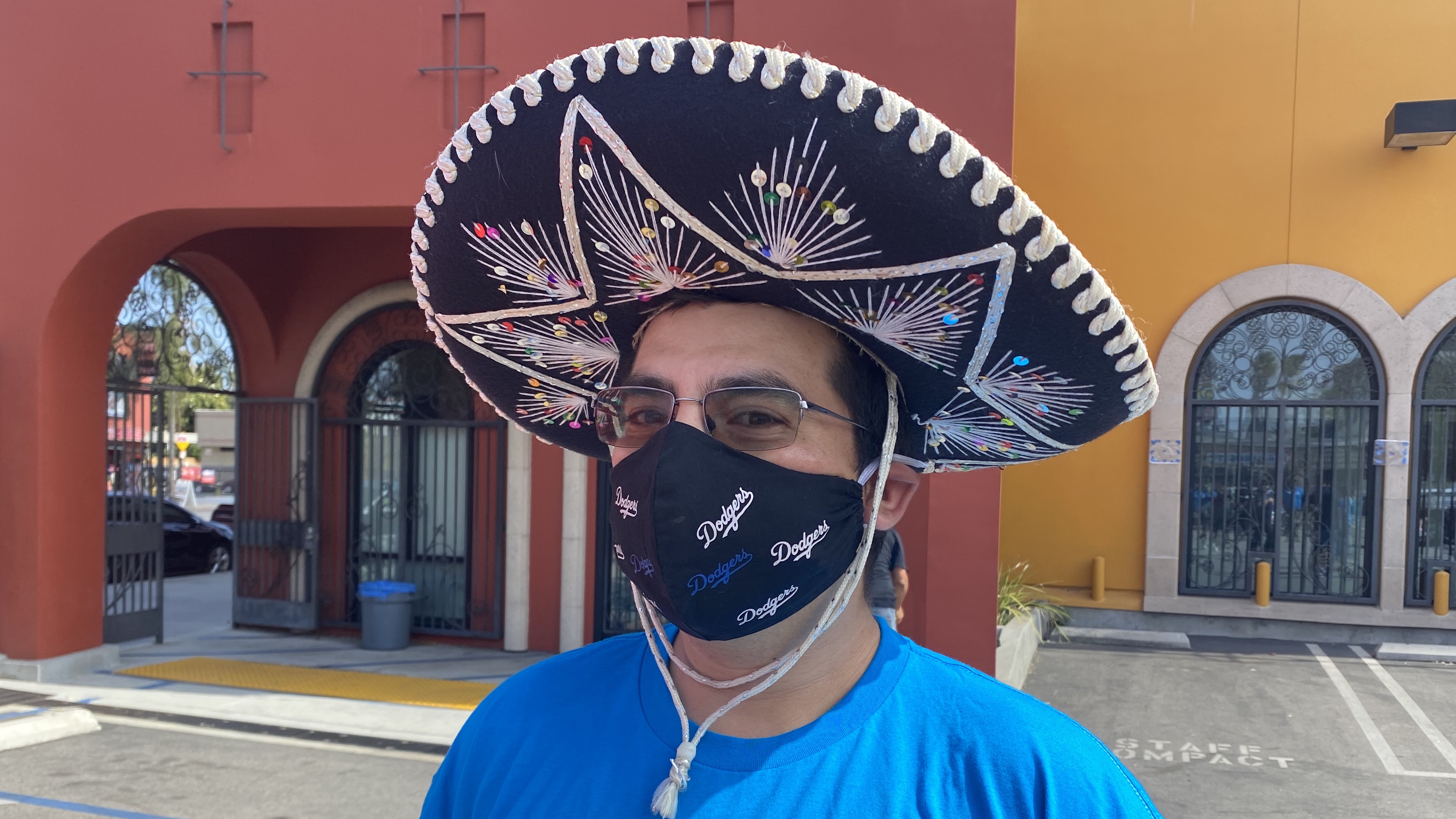 “The biggest impact for us has really been COVID-19 because part of our strategy involved a lot of in-person outreach, including outdoor events and door-to-door interaction,” Uribe said. “We’ve had to pivot our tactics.”

Now, the County is taking advantage of so many people being stuck in their homes and reaching out through social media, direct mail, online videos, phone calls, texts, and caravans to raise awareness about the census without having to interact in person.

Caravans have taken place in Antelope Valley, Pomona, Long Beach and Southeast L.A. – “places where people might have connectivity issues, where WiFi is unreliable or they don’t have WiFi, just to get them to say, ‘Hey, what is this about? What’s that noise? What’s that caravan doing here? Reminding them of the importance of the census,” Ramirez said. 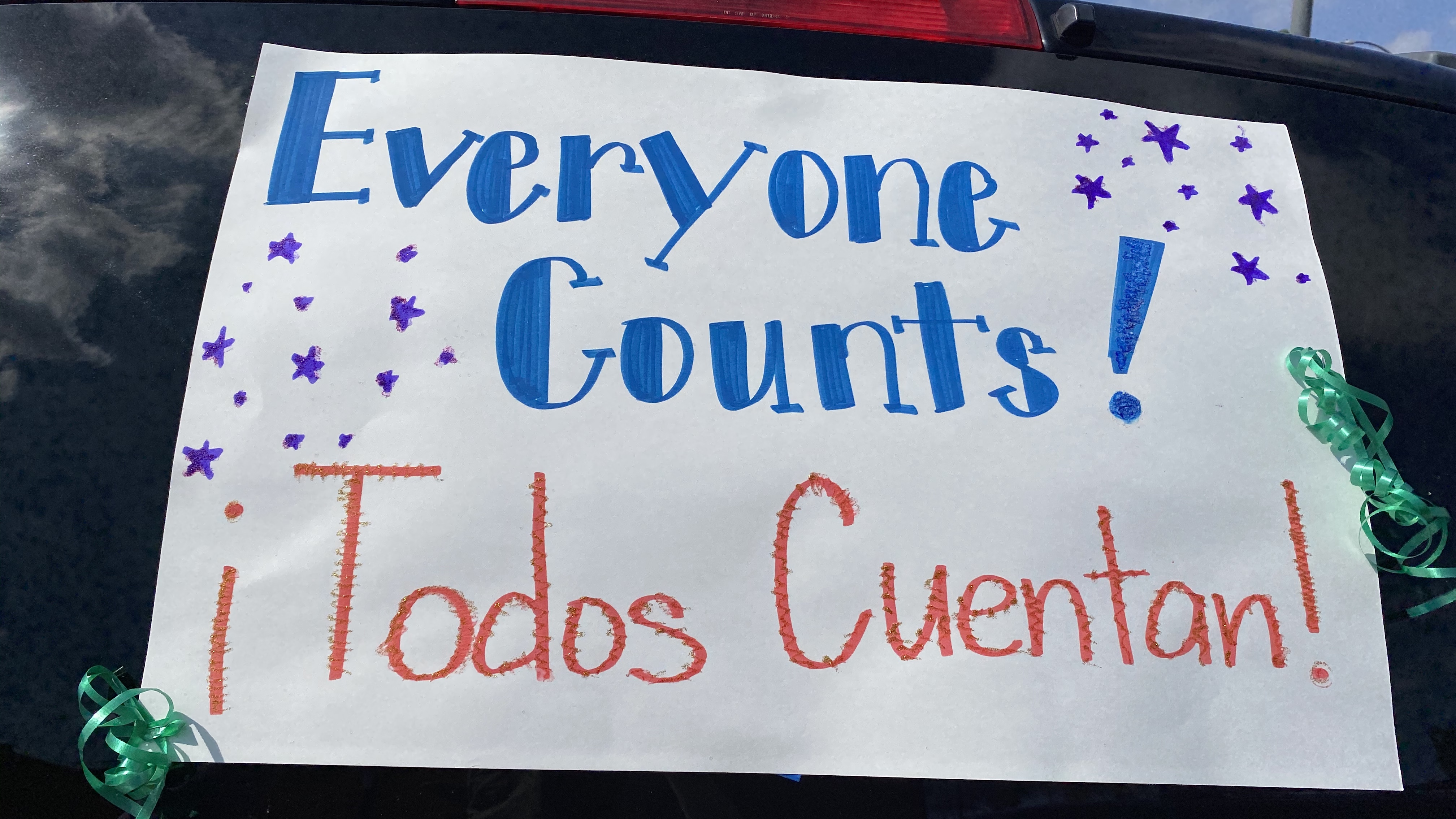 Kimberly Ortega was one of a couple dozen people decorating her car with posters saying, “Todos Cuentan! Everyone counts!” for the Walnut Park caravan. Other participating cars were decked out with flags, flowers, balloons – and signs directing onlookers to “Embrace Your Power.”

“This is a region that has been disproportionately affected by COVID-19 and historically neglected for a really long time in terms of resources,” said Ortega, district director for L.A. County Supervisor Hilda Solis’s Southeast L.A. field office. Working with the Walnut Park YWCA, Southeast L.A. Collaborative and L.A. County Fire Department, her office was handing out 2020 Census T-shirts, swag, and gear during the 90-minute caravan.

“We want to ensure every single person is counted so we can continue to provide all the resources and services that the county and so many non-profits provide here for our families,” Ortega said. 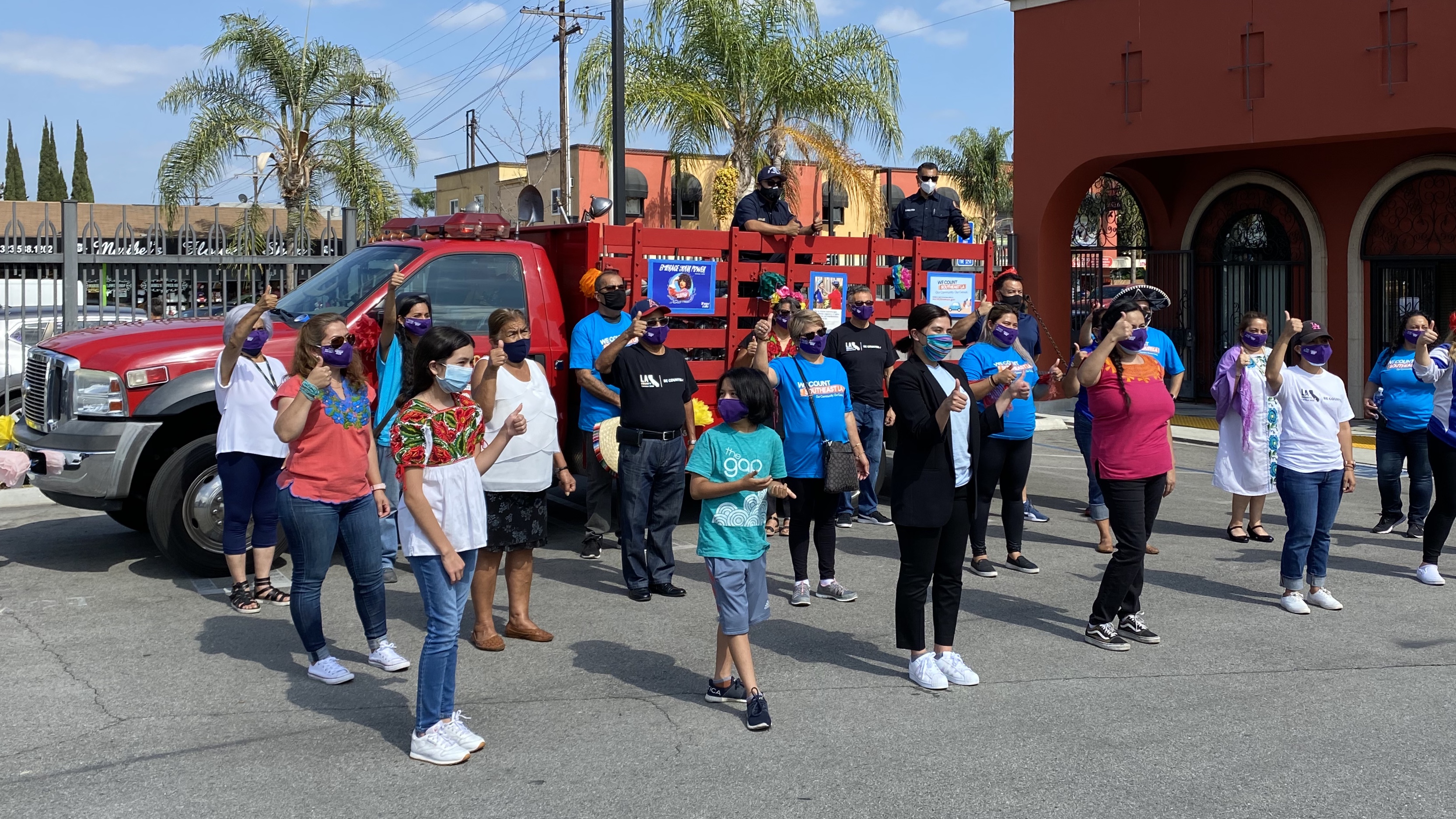 Based on the census, hundreds of billions of federal dollars are disbursed to state and local governments to help fund schools, roads, hospitals and healthcare services, as well as emergency preparedness and planning efforts. In L.A. County, each person counted results in about $1,000 of federal funding.

“By answering the census, you’re ensuring your community is getting its fair share of funding,” said Stephen Buckner, assistant director of communication for the U.S. Census Bureau, which will be running the count nationally through October 31.

“You get all your political power based on census counts not only in Congress, but also at the state and local level, so it’s really critical to have your voice in government to make sure you’re counted.”