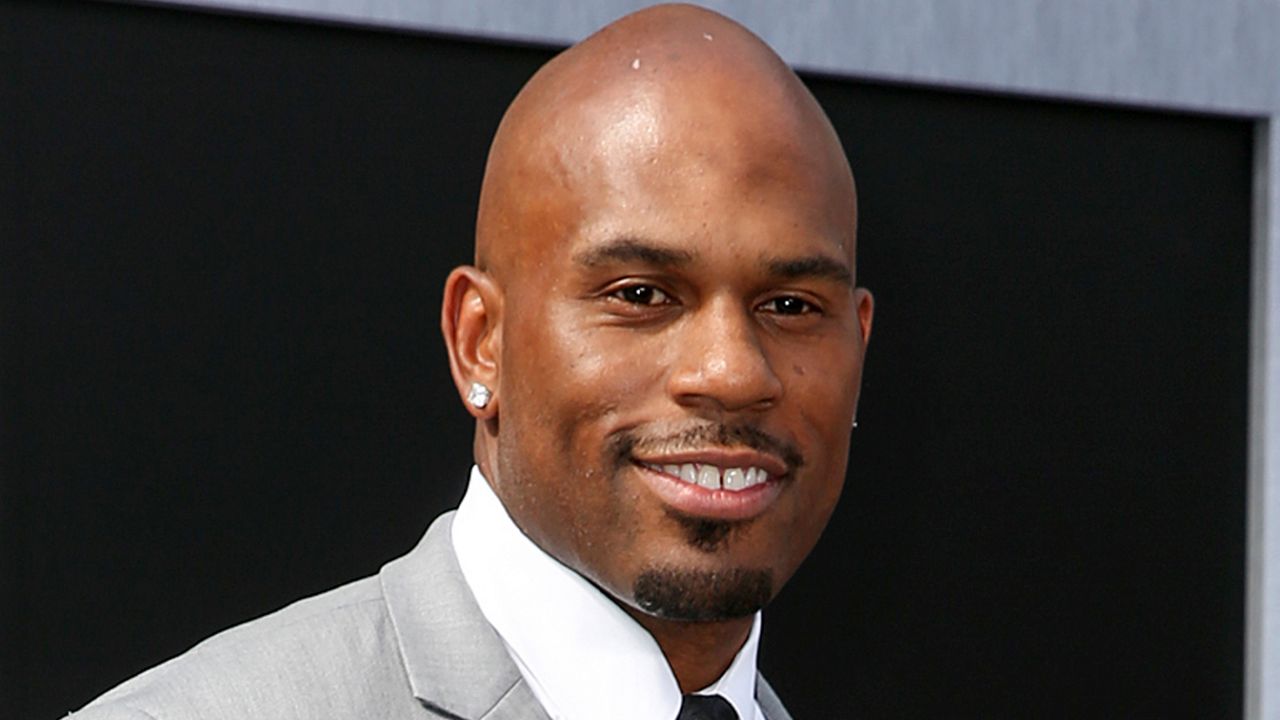 In this June 28, 2015, file photo, WWE wrestler Shad Gaspard arriving at the Los Angeles premiere of "Terminator Genisys" at the Dolby Theatre in Los Angeles. The former World Wrestling Entertainment pro remained missing Tuesday, May 19, 2020 after being swept out to sea while swimming with his young son over the weekend off Southern California, police said. Gaspard's 10-year-old son Aryeh was rescued and several other swimmers made it out of the water safely after they were caught in a rip current Sunday afternoon at Venice Beach in Los Angeles. (Photo by Rich Fury/Invision/AP, File)

VENICE BEACH, Calif. –The United States Coast Guard has called off the search for former WWE wrester Shad Gaspard who went missing Sunday after swimming in choppy water with his son in the Venice Beach area.

"After 16.5 hours of searching with multiple rescue assets covering 70 square nautical miles and seven search patterns, the Coast Guard  has suspended its search efforts for the missing 39 YOM in the Venice Beach area," said the U.S. Coast Guard in a tweet Tuesday afternoon.

Gaspard had gone for a swim Sunday when they were both caught in a strong rip current. The 39-year-old former WWE wrestler insisted lifeguards save his son first. Lifeguards were successful in safely pulling his 10-year-old son from the surf.

After 16.5 hours of searching with multiple rescue assets covering 70 square nautical miles and seven search patterns, the Coast Guard has suspended its search efforts for the missing 39 YOM in the Venice Beach area. pic.twitter.com/5brRpOjvF3

“None of us as ocean lifeguards want this to ever happen on our watch” said Lifeguard Chief Ken Haskett.

The strong rip current faced lifeguards with a particular challenge; attempting to rescue both the son and father.

“The two victims were pulled out into what we call a rip current. The current was caused by the actions of the strong lateral current and waves coming ashore and pulling out,” Haskett said.

“He was able to hear him say. ‘Grab my son. Get my son. Save him first.’ Very obviously trying and heartbreaking last few words to say. But the lifeguard rescued his 10-year-old son and unfortunately, he was not able to be rescued,” said Haskett.

The search for Shad Gaspard continued into Tuesday morning, before the Coast Guard suspended search efforts. They initially conducted side scanning sonar of the area, as well as land-based patrols.

A friend of Gaspard’s who also works with the WWE told Spectrum News 1 that “Shad had so much to offer.”

He pioneered a path for African Americans in wrestling, and had embarked on a promising acting career.

“It was a tumultuous, very heartbreaking situation,” Haskett emphasized.

Gaspard’s friend said his greatest strength was his love for his son.

UPDATE: The Los Angeles County coroner's office has just identified the body found near a lifeguard tower at Venice Beach this morning as that of former professional wrestler Shad Gaspard, who went missing Sunday in the waters off Venice Beach.