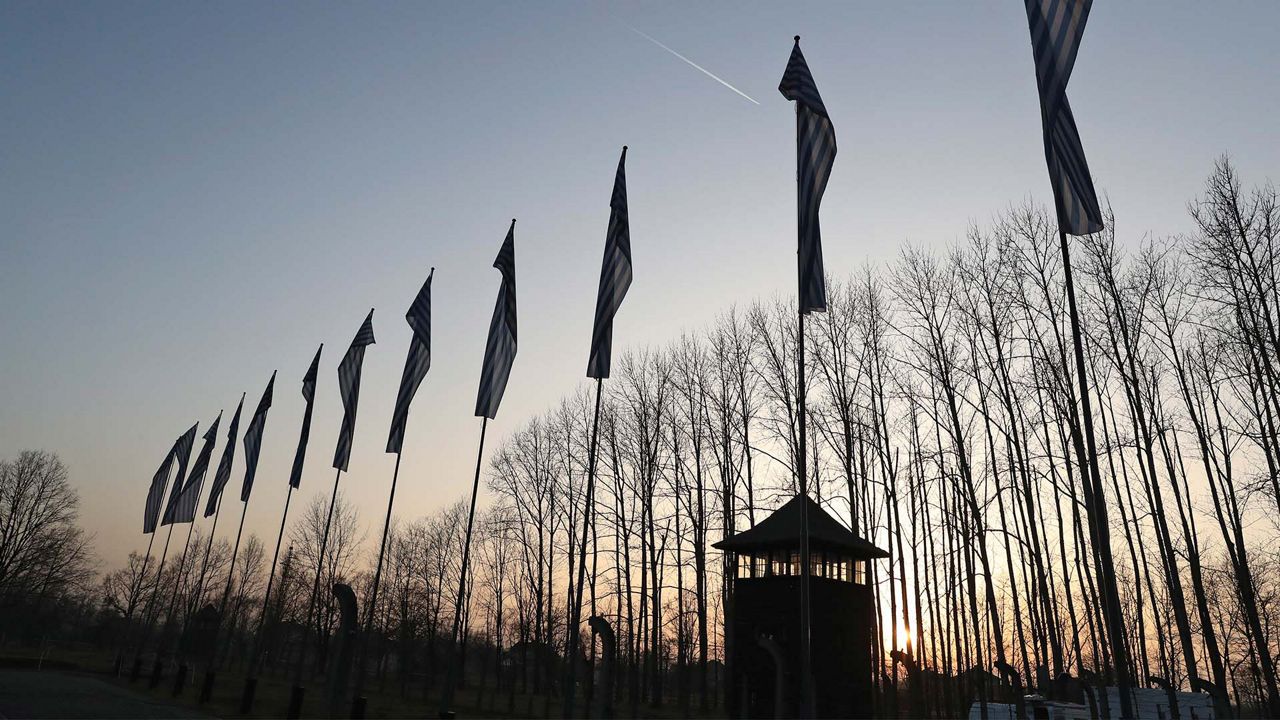 The sun sets over the Auschwitz Nazi death camp in Oswiecim, Poland, Monday, Jan. 27, 2020. Survivors of the Auschwitz-Birkenau death camp gathered for commemorations marking the 75th anniversary of the Soviet army's liberation of the camp, using the testimony of survivors to warn about the signs of rising anti-Semitism and hatred in the world today. (AP Photo/Czarek Sokolowski)

“I do believe that my whole life is a miracle.”

When I asked Renee Firestone, a Holocaust survivor who made it out of Auschwitz when her mother and sister did not, about the series of miracles it took for her to join me in a conversation about this 75th anniversary of that concentration camp’s liberation, her eyes sparkled with fresh, conflicted wonder.

“I question why and how I am still here, I am 96 years old,” Firestone said.

In 1944 Renee Firestone and her family were deported to the Auschwitz concentration camp complex.

Her mother and sister would be murdered there. Her sister fell into the hands of of Nazi Dr. Josef Mengele, whose human-experiments were unconscionable and heinous. Firestone was sent from Auschwitz on a forced death march, and ultimately liberated from the Liebau concentration camp in Germany.

She immigrated to the United States in 1948, and now lives in Los Angeles.

For years she was unable to speak about her experience. Now she shares her story in public speaking engagements, and will again as a keynote speaker at the Holocaust Museum here in Los Angeles, the city she calls home.

Facilitating this interview with her changed my life. Stories like hers are essential to our collective remembering, and remembering is essential to ensuring something like this never happens again.

We are thankful to Renee Firestone for sharing, and thankful that the world has her.

The Germans had already fled westward, leaving behind the bodies of prisoners who had been shot and thousands of sick and starving survivors. On Monday — 75 years after its liberation — hundreds of survivors from across the world will travel to Auschwitz for official anniversary commemorations.