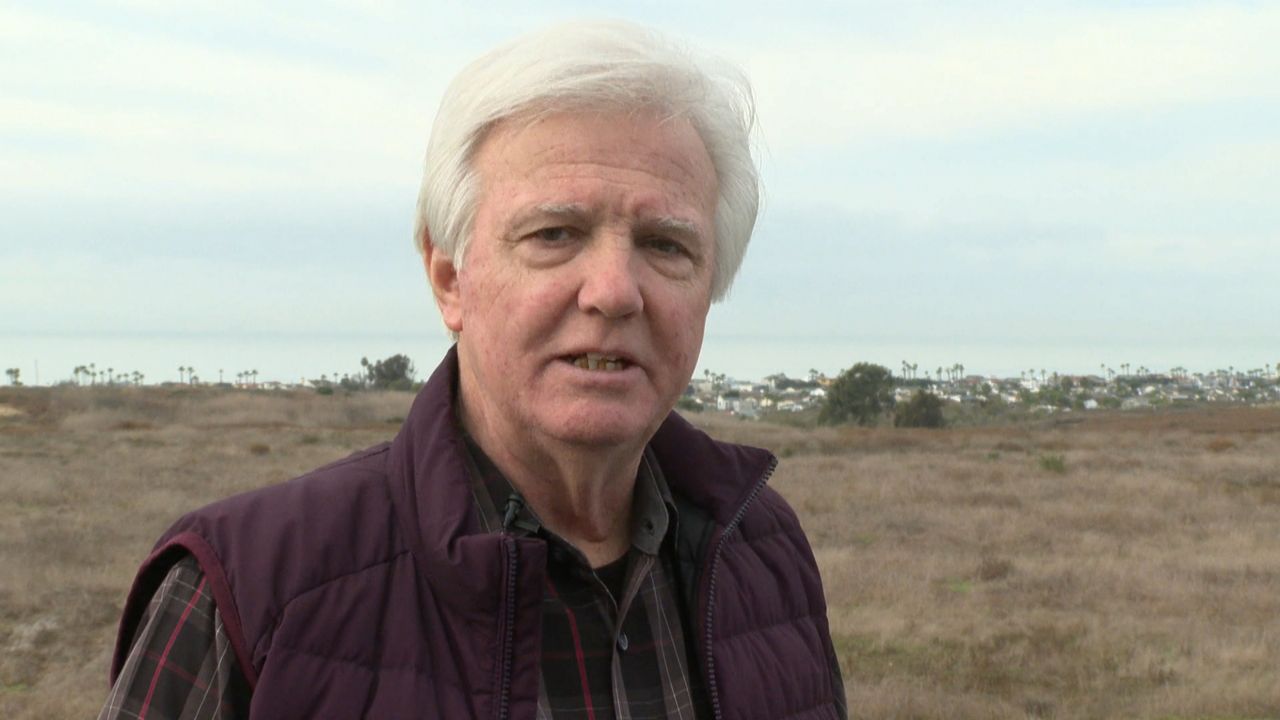 NEWPORT BEACH, Calif. — Development of the Banning Ranch land area in Newport Beach has been a hot button issue for years. A recent large donation could make it possible to preserve the land.

It’s a prime real estate along the Orange County coast, and what might stand out most about what looks like a large open field is just that -- it’s undeveloped.

And while it looks peaceful, this area, known as Banning Ranch, has been at the center of a legal fight for decades.

Steve Ray is the guy trying to come up with the funds to buy it. He’s the Director of the Banning Ranch Conservancy. Formed in 2008, the organization has battled in the courts to keep the space open.

“Buy it at fair market value, and then we want to restore it, improve it, put some amenities on it like trails and overlooks and educational facilities, things like that, and open it to the public, to everybody, free, forever,” said Ray.

And while the exact price of the land is still being appraised, we know it’s worth over $50 million because that’s how much Frank Randall and his wife Joanne donated to help fund the conservancy’s bid to buy the land and preserve it.

“To me, this was something that was a rare opportunity to preserve a property this large in a heavily populated area such as we have here in Newport Beach and Orange County,” said Randall.

“I’m not getting any younger, so I hopefully can see this thing come to pass while I’m still around to enjoy seeing it happen,” said Randall.

And much like it’s ecologically-rich habitat, home to at least six endangered species, it’s rich in California history.

Located on the high mesa at the Santa Ana River, the land was home to Native Americans. In 1851, Phineas Banning, who owned much of the South Bay, bought the land as a gift for his wife.

Over a century later, the land is now owned by a consortium of companies which includes oil companies that have tried to develop the land over the years.

And while there have been victories at different levels of courts over the years, the biggest came in 2017, when the California Supreme Court ruled in favor of the conservancy over the city of Newport Beach -- stopping a major development citing environmental impact.

After years of litigation, the conservancy is primed to try and buy the land -- and while Frank and his wife’s donation is a huge step, the land’s appraisal could dictate the final outcome.

“It’s certainly changed the game here in the effort to buy it and to prove to a lot of other people -- state agencies and private foundations and other individuals -- that it is possible now to buy Banning Ranch,” said Ray.

Hoping to keep this open space of coastal land open for generations to come.