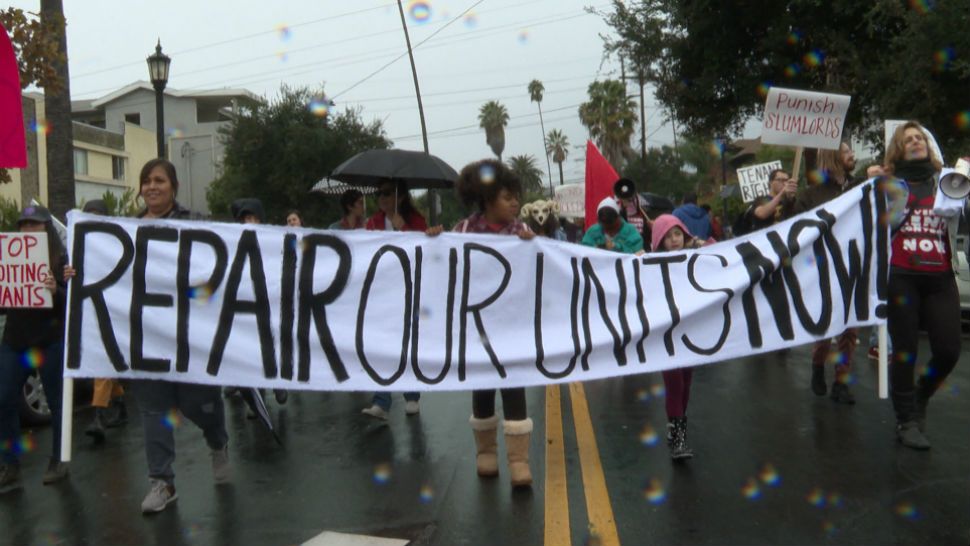 HIGHLAND PARK, Calif. – A posada is a ritual re-enactment of Mary and Joseph's journey to Bethlehem in search for safe lodging. Traditionally performed right before Christmas, Jane Demian is honoring their symbolic struggle with the L.A. Tenants Union by trekking down the Figueroa Corridor to educate tenants on the dangers of eviction.

“We’re here today in front of a building. This was a site of a major eviction that occurred within the last year or two at the corner of Avenue 57 and Monte Vista,” said Jane Demian, a longtime member of the LA Tenants Union. “The lady who lives here now, Lupe, she still lives here because she fought the eviction. She knew her rights. She got the help of the L.A. Tenants Union. Most of the other tenants were evicted.”

From Eagle Rock, Demian is concerned for her community after having been evicted twice herself before, she understands the many strategies landlords can use to evict tenants. 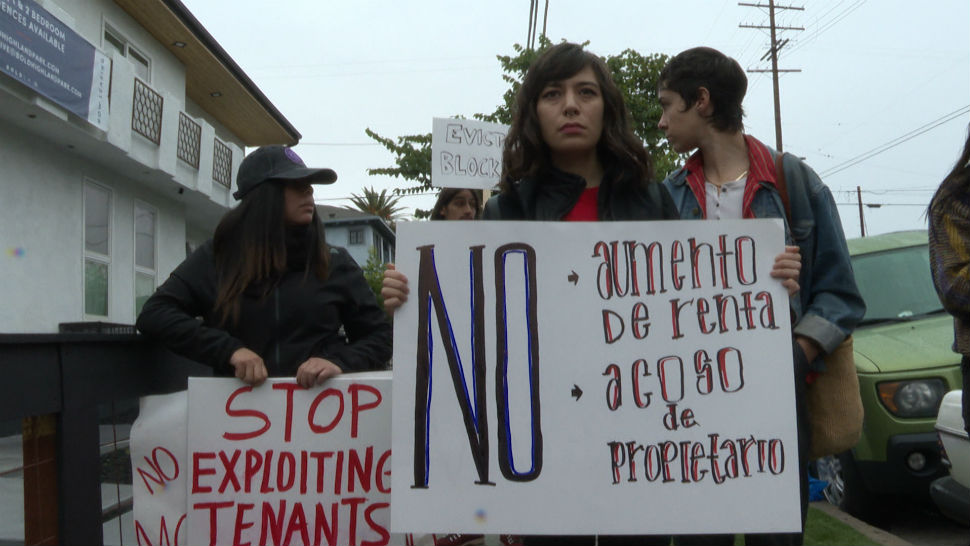 Prissma Juarez has lived in Highland Park her whole life. She shares a two bedroom apartment with her family and while they have had issues with roaches, bedbugs, and constant rent increases, she says the hardest part is not being allowed to live her life.

“They also don’t let us play on the grass,” said Juarez. “You know, like, grass is for the kids. Kids should be able to play. I remember growing up like, we would be running around, but all that stuff of just being a human has been taken away.”

When the average market rate rent in Los Angeles is $2,500 for less than 800 square feet, some landlords may be motivated to kick tenants out for short-term gain than to keep good-standing long-term tenants with families in. Over time this can change a community.

“We’re actually breaking down entire communities, very tight knit communities of people who are the workers in the city,” said Demian. “These are the people who go out and do all the different jobs in the city. We’re losing those people. It’s just devastating these communities. That’s what we’re losing. And we’re also losing the social fabric of our society.” 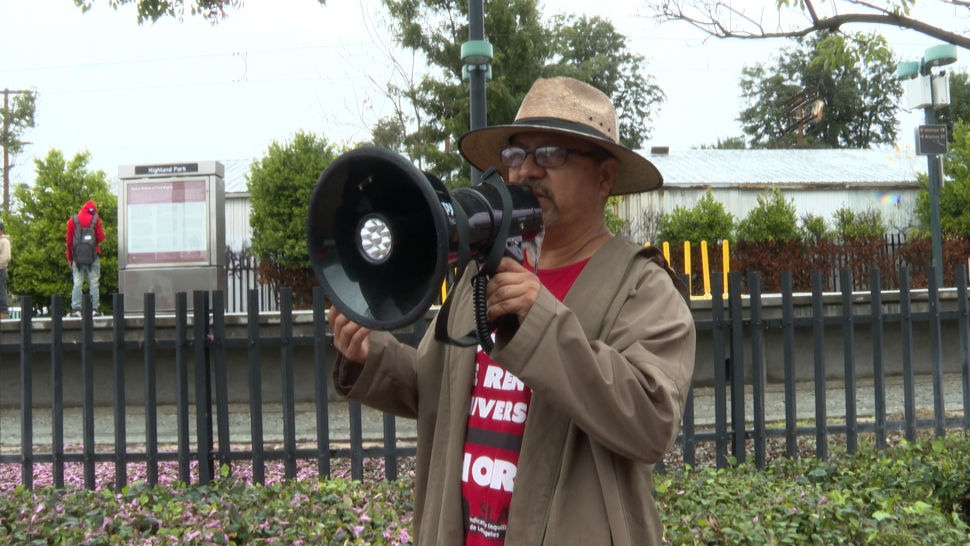