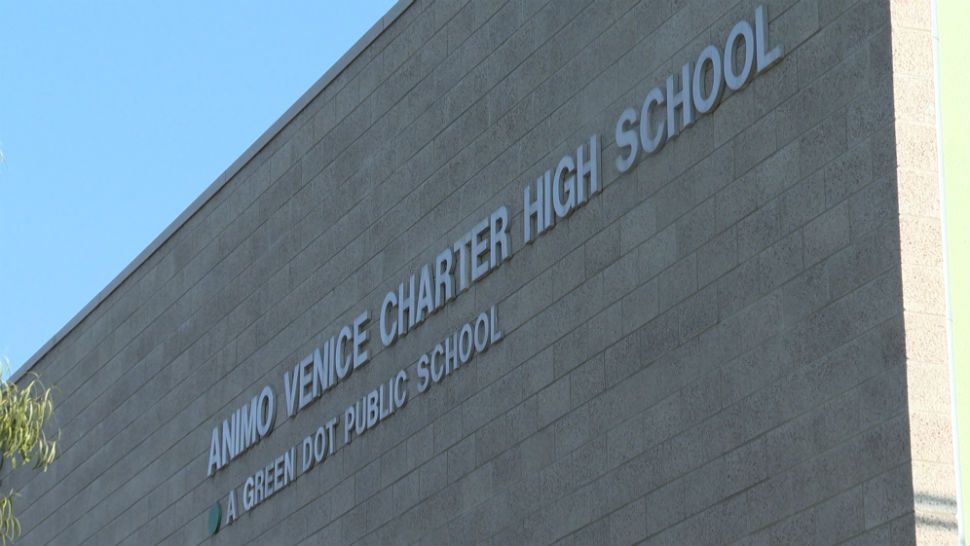 VENICE, Calif. – Sweeping things under the rug isn’t how this 19-year-old wants to live her life anymore.

Afraid for her safety, this young women only wants to be identified as “Jane.” Four years ago, Jane was a freshman at Animo Venice Charter High School, which is operated by an organization called Green Dot Public Schools.

She says there was one time when she was changing for her physical education class when two boys forced their way into her bathroom stall, which was located in the girls’ bathroom. She says one male student blocked her from exiting the stall and the other boy groped her and forced her to commit a sexual act on him.

“I remember not wanting to do it. I kept saying no I don’t want to do this. I’m going to go. Can I go now? He’s told me no and to just do it for a little bit and then I could leave,” says Jane.

She spends most of her time at home, but she does go out to run errands and to go to school. She says she avoids going to areas where she might run into her old high school classmates since she didn’t move away after the alleged incident. Jane didn’t want to tell any adults what happened because she felt like people would take his side and look down on her. But eventually rumors spread and got to the principal.

“The school’s reaction was weak. It was anemic. The girl reported it. She was interviewed without her mother. It took a while for the school to even call the police and get the police involved,” says Attorney Brian Kabateck, managing partner at Kabateck and LLP, located in Downtown Los Angeles.

Jane’s mother hired Brian Kabateck to be her attorney. He says this wasn’t the only incident that has occurred at Animo Venice Charter High School and he is determined to take this case to trial.

“What we found was where this particular event occurred was in an area that was sort of known to the school to be problematic because it was a women’s’ restroom that they allowed the boys to use, which is a red flag right there,” says Kabateck.

Spectrum News 1 reached out to Green Dot Public Schools for an on-camera interview. A public relations official declined the interview, but sent this statement instead.

“In December 2015, we were notified of an incident involving students at one of our high schools. The moment we learned of this accusation, we immediately contacted the police and investigated the allegations. We take claims like these seriously and address them immediately and thoroughly, and report them to law enforcement when warranted. Because this matter is in litigation, we cannot comment further.”

It has been almost 4 years since that report was made. Jane is now a college student and a mom to a 3-year-old boy. She says she would love to go on with life as if nothing ever happened, but she says as a mom now so she wants to hold the school accountable to protect other students from being harmed on campus.