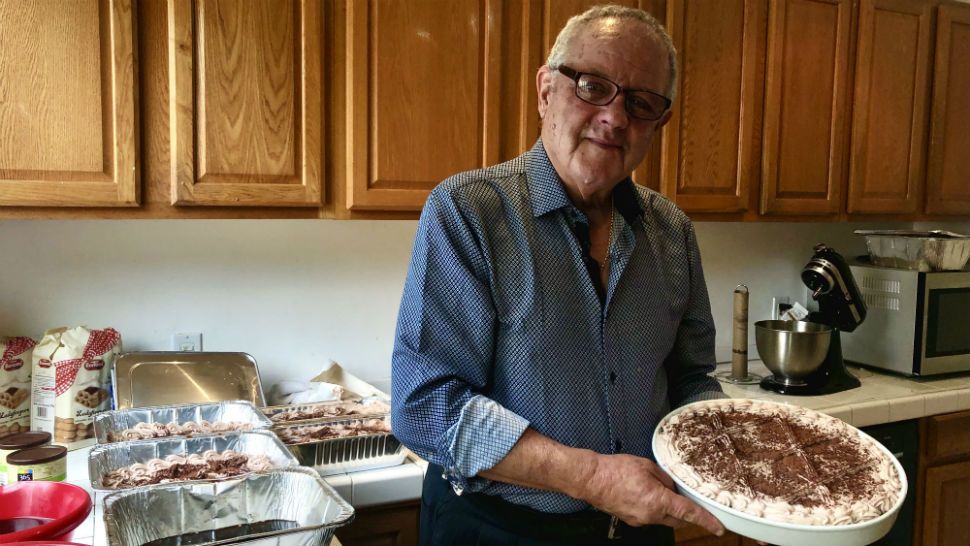 “This is called folding,” said Giovanni.

Next comes the lady fingers, gently dunked in coffee and placed one by one into silver shining containers. This tedious process is done in his daughter’s kitchen to make his popular tiramisu.

“When you have positive energy and you touch the food there is an exchange,” said Giovanni.

The process goes on and on until every tiramisu is filled to the top. Layers of lady fingers and mascarpone reflecting the many layers to Giovanni’s life. He has been cooking since he was 16 years old in Italy and moved to the states to pursue a formal culinary career. Now at 71, he still loves to be in the kitchen.

“Everyone has this idea that when people get older they aren’t functional anymore, but that’s not true,” said Bolla.

Giovanni is proving that. Although, he has been making tiramisu his whole life, especially for his daughter Isabelle’s birthday every year, it wasn’t until recently he decided to change up the traditional recipe.

“A traditional tiramisu, but with a few extra touches,” said Giovanni.

These secret ingredients he won’t share with us, but what makes his new tiramisu extra special.

“Food is not an exact science,” said Giovanni.

He spent most of his life serving the rich and famous, catering fancy events, and rubbing elbows with names like Ella Fitzgerald. But as he got older, he stopped catering, he went through a divorce, then lost his wife and his other daughter.

“Those two things have left a deep wound you that you can never heal. It’s irreplaceable, especially my daughter. I don’t know why she had to go so young,” said Giovanni.

Isabelle said he couldn’t make ends meet, was homeless for a bit, and relied on her for basic essentials.

“I was tired of life, tired of going on fighting and doing,” said Giovanni.

This is when, at 71, Giovanni’s new life began. Over the summer, when times were really hard. Isabelle decided to use the power of social media. She posted in a local group hoping to get him a $100 to buy groceries for the week.

“I think that was probably the most challenging thing. Seeing someone you love who is in a very difficult emotional state and you don’t quite know what to do to help,” said Isabella Bolla.

So, she did the little she could to make a difference, but she did not expect what came next. The outpouring of love and support for Giovanni and his tiramisu spread. Orders kept coming in for this handmade and hand-delivered dessert. It soon became a small business and the father and daughter duo did not know how to keep up.

“What I posted initially out of desperation almost instantly became this tiny business for my dad,” said Isabella Bolla.

Now with a business license in hand and a commercial kitchen, Giovanni has a new lease on life and said it is worth living again.

“Now with this I think I can go on another few years,” said Giovanni Bolla.

Not only is the tiramisu amazing, but people are drawn to the story of Giovanni, his light and love he brings to every delivery. He is overwhelmed and grateful that his passion could create a business at a time in his life when he thought everything was over.

Back in the kitchen, where he feels the most at home. He reflects on all the people he has met during this new chapter of his story.

Warmth, love, and care all starting from a single tiramisu. If you want to order your own, click here. 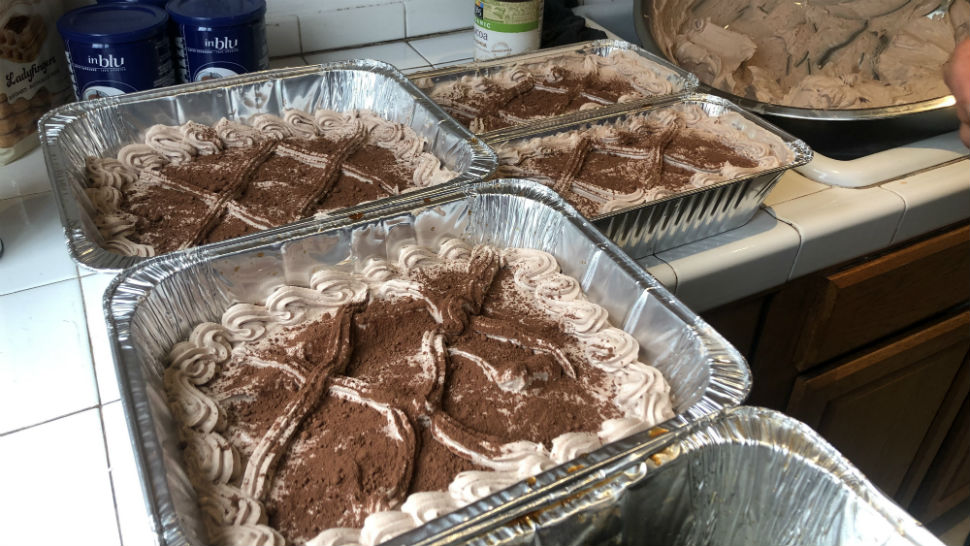