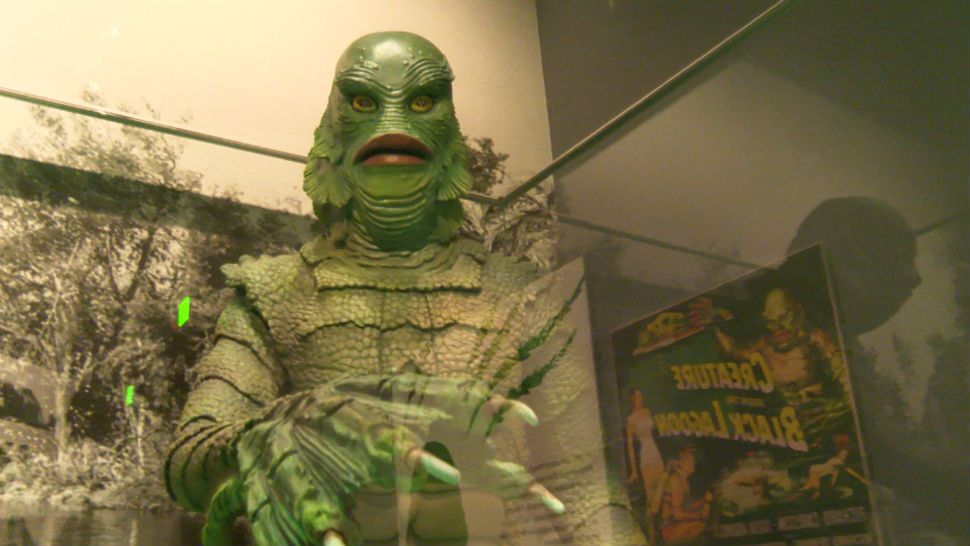 LOS ANGELES – If you ask the folks at the Natural History Museum, movie monsters are not just for Halloween. They can, in fact, give us a glimpse into the way pop culture and science can often intersect.

“The Natural History of Horror” at the museum gives us an up-close look at props and artifacts from movies like Frankenstein, Dracula, The Mummy, and The Creature from the Black Lagoon. Like many, Beth Werling, the museum’s History Department Collections Manager, grew up with these movies and points out that the Natural History Museum is unique in that it has both scientific and historical collections.

“In about 1930, we began collecting motion picture artifacts as one of the significant industries here in Los Angeles,” said Werling. “These horror props that you'll see in the exhibition are some of the pieces that universal donated to us, among many others in the 1930s.”

In one display, a real vampire bat sits next to the prop one used in 1931’s Dracula starring Bela Lugosi. Fascinating facts about the history and behavior of vampire bats blend into the mythology of the Bram Stoker novel and the many subsequent vampire films that have followed. 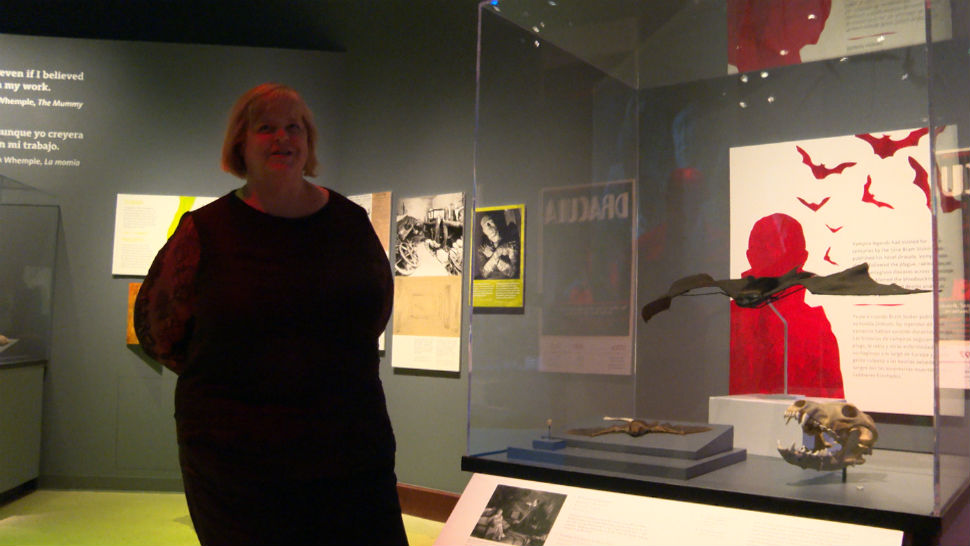 The Creature from the Black Lagoon was inspired by the real scientific discovery of a coelacanth and indigenous folklore. A real newspaper ad from the era shows a reward offered for the capture of these once thought extinct creatures.

“It stirred a scientific debate,” said Werling. “By putting a dollar sign on the coelacanth, were they destroying what little small population remained, or were they actually aiding and abetting science.”

But why do these movie monsters continue to endure?

One visitor to the museum, Billy Greenwood, whose arms are filled with movie monster tattoos said, “You can watch these movies and you understand in a metaphorical way that all these guys just want to be left alone. They want to do their own thing, but people couldn't accept that.”

Director of Archives and Collections at NBC/Universal, Jeff Pirtle said, “It’s not only movie history. It's human history that's being preserved here. And to see the relationship between science and these films come together here at The Natural History Museum that has been a real joy for me to see.”

Although in most films science takes a backseat to storytelling, Beth Werling hopes The Natural History of Horror will give science a nod of recognition and give people a greater appreciation for some of their favorite movie monsters.

The exhibition runs until April 19.