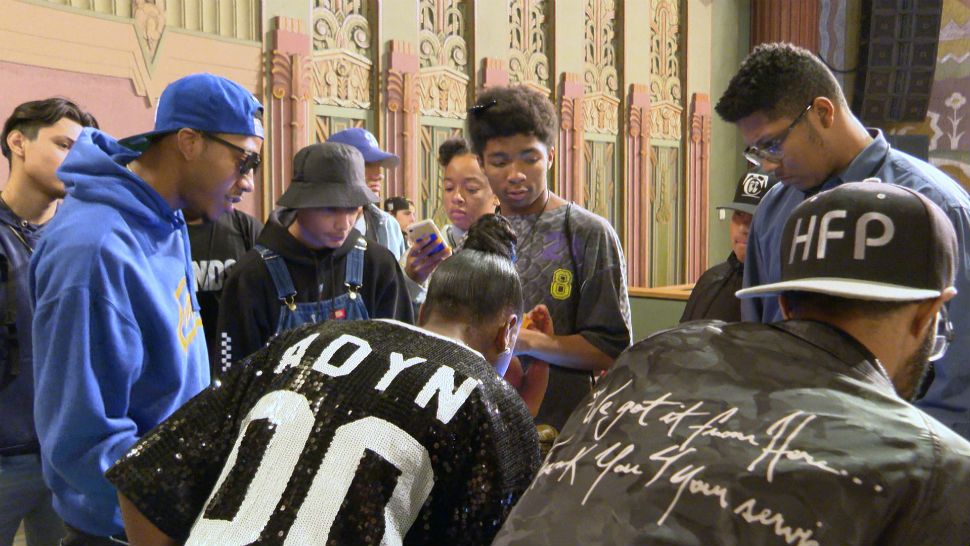 KOREATOWN, Calif. – Even for those growing up in L.A., breaking into the entertainment industry is a mystery for many, especially if you don’t have connections. That is why the House of Blues Music Forward Foundation is hosting All Access.

“Hey, how you doing,” asks a presenter at the Los Angeles Valley College booth.

“I’m great. So, what is this all about,” asks student Jabez Byrd.

All Access is a multi-city event geared towards aspiring students hoping to find work in the music business and Jabez Byrd is looking to fill his beak.

“This is amazing. Thank you,” said Byrd as he takes a brochure describing LAVC’s music program.

A junior at Hollywood High School, he is an aspiring musician and rapper. Byrd is always ready to drop a cypher.

“It was a dream. Nah, man, I was wide awake. Saw these people who I thought real start to act fake. My hands start to shake when I get real angry. They been shaking lately. Hoping that the anger don’t change me. Hope I don’t got a baby by the time I’m seventeen. Hope I don’t sell my soul just to make the dream. I’m gone,” raps Byrd.

Byrd grew up in a musical family and plays drums in his high school marching band, but he first got interested in the music business when he was 7 years old when his older brother took him to KAOS Network in Leimert Park, a local open mic for aspiring rappers.

“I saw him rapping for the first time ever on stage and I was like proud of my big brother, even though I was a little kid, I was proud of him,” said Byrd. “And I thought I could do that. I could be a rapper, so I gave it a try.”

But getting your foot in the door is hard so Byrd is looking to network with other music professionals and learn all he can at career fairs like All Access. The event gives first-hand knowledge in music creation, how to market yourself, and how ticket sales work.

“I’m a rapper, but also want to be an entrepreneur,” said Byrd. “In the future, I’m planning on opening up my own record label, you know, focusing on every aspect of music, art, clothes, music, different genres, you know. And I like being here because I can learn the business side of everything. I’m already street-wise. Now I want to be business-wise in this music industry.”

The best way to do that is to learn from those in the know.