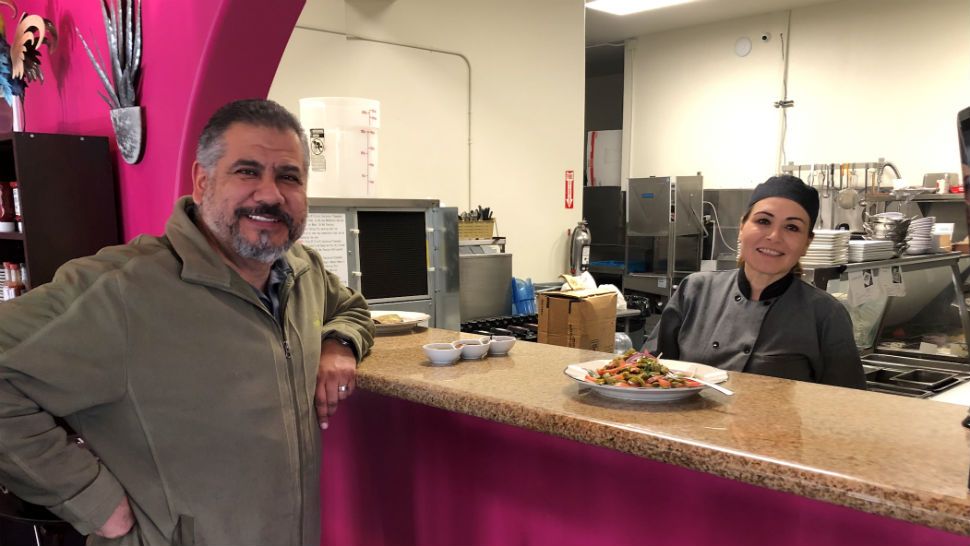 SUN VALLEY, Calif. – Nopal, or referred to in English as the prickly pear, is commonly used in Mexican cuisine, but what about a tortilla made of nopal?

It is something Alonso Arellano has been making for years and it is his way of incorporating the nopal into everyday foods.

“Nopal is Mexico’s most famous and most eaten superfoods. As a child I consumed it on a daily basis, because my mom used to give it to me all the time,” says Arellano.

Arellano is the owner of Chiguacle Sabor Ancestral de Mexico in both Sun Valley and on Olvera Street, but when he is not at his restaurant he is working as a medical physicist.

Arellano says his work “entails treating cancer patients with radiation, so I see people that are fighting for their health on a daily basis.”

His work in the medical field, and the fact that his parents passed away at a young age, gave him a different perspective on food and its effect on health. He dreamed of opening a restaurant serving wholesome food that promotes good health.

However, in 2015 an arsonist nearly destroyed his dream at his restaurant in Sun Valley. Despite the devastation, Arellano and his wife Elsa immediately started to rebuild.

“We never questioned the fact that we would be back at all, and it was just a matter of time, it took a lot longer than we anticipated but we knew we were coming back,” said Arellano.

Not only coming back, but they also expanded their hopes of helping more people discover the benefits wholesome quality food can have on their health.